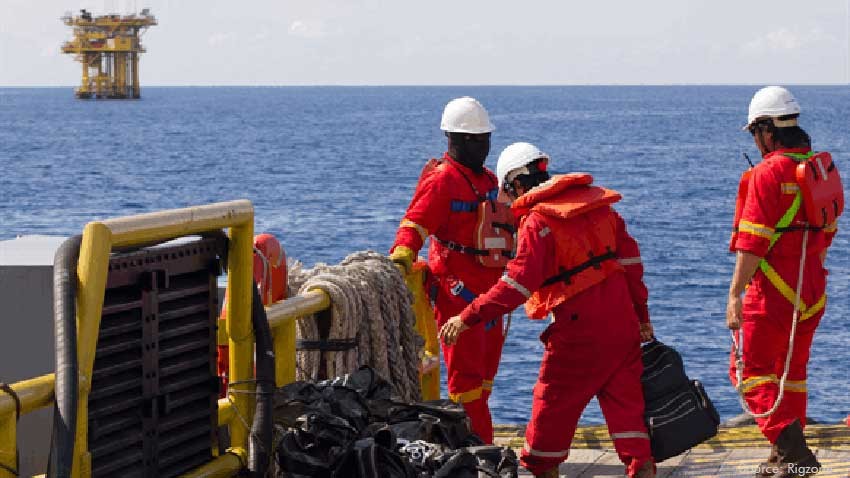 A union has called for urgent government action to stop a North Sea oil and gas industry "jobs massacre".

Offshore union RMT has said the North Sea energy industry was "teetering on the brink" having been hit by a double whammy of plummeting oil prices and the coronavirus pandemic.

As many as 8,000 jobs are thought to have been lost in the industry this year and trade body Oil and Gas UK previously warned that number could rise to 30,000 by the end of 2020.

In October an Offshore survey of 1383 oil and gas workers asserted that nearly half of North Sea oil workers had been either made redundant or been furloughed since lockdown, with four in five saying they are now open to leaving the industry.

The analysis comes after Royal Dutch Shell said it expected to cut up to 9,000 jobs as it looked to slash spending amid the crude price plunge triggered by the coronavirus crisis.

The oil and gas giant, which is a big player in the North Sea, said the cuts formed part of a simplification programme that it expected would help it save up to £1.9bn annually.

RMT general secretary Mick Cash said: "After the pandemic took hold, RMT demanded that ministers deliver a package of measures to ensure that offshore oil and gas workers aren't dumped by the industry in a rush to protect profits and dividends.

“Yet today we still have had nothing from Government whilst thousands of jobs are lost. Employers continue to estimate 30,000 job losses by October 2021.

“Exploration and production plans exist for 2.5 billion barrels of oil but the required investment has disappeared. If the Government doesn't follow RMT's advice and use decommissioning rate relief to protect jobs, skills, investment and resources, then offshore workers' skills and livelihoods will disappear along with any prospects of a 'Just Transition' to a net zero carbon economy. We cannot let that happen."

During a virtual Scottish Trades Union Congress event Jake Molloy, RMT regional organiser, said operators had “pulled the plug” on projects, leading to the drilling sector being “wiped out”.

He also claimed that the impact of Covid-19 is only responsible for a “fraction” of the job losses that have hit the industry in the last few months.

He said: “Operators are sitting on their money, they’re not prepared to spend. That doesn’t work for the North Sea industry anymore and that’s why there’s this ripple effect on the wider supply chain.

“We’ve seen boom and bust in the industry before and I used to think the downturn in 1986 was the worst ever. This is the worst, there’s no doubt about it.

“But it has been like smoke and mirrors with Covid. The pandemic has been at the front but in actual fact, behind the scenes, the oil companies have pulled the plug – they’re not prepared to spend or invest in anything.

“We’re in a mature, declining basin with a finite resource and we’ve got climate change on our back as well – the North Sea is teetering on the brink here.”