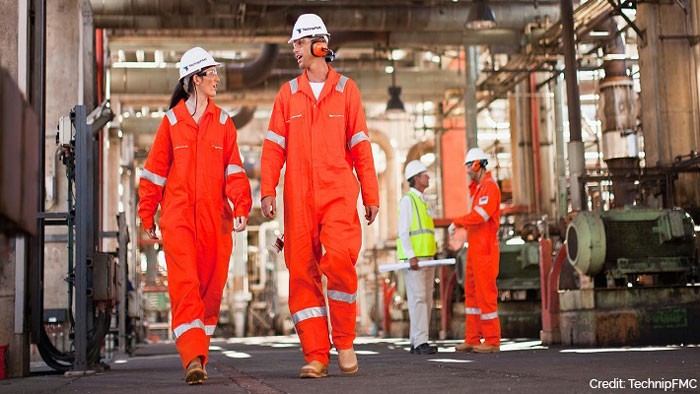 TechnipFMC has announced that it has been awarded a “substantial” long-term charter and services contract by Petrobras for the pipelay support vessel Coral do Atlântico.

The company describes a “substantial” deal as being worth between $250 million and $500 million. Brazilian-registered Coral do Atlântico was secured on a three-year contract, with an option to extend, and operations offshore Brazil are expected to begin in the second quarter of 2022.

The vessel has a history of long-term charters with Petrobras and has consistently been awarded the client’s highest rating for operational performance, quality of work, and health, safety and environment, TechnipFMC noted.

“Coral do Atlântico is the third of our pipelay support vessels to be contracted via a long-term charter by Petrobras this year, indicating rising demand in the Brazilian market for flexibles,” Jonathan Landes, the president of subsea at TechnipFMC, said in a company statement.

“Coral do Atlântico’s versatility and ability to work in deep or shallow water is a large part of the vessel’s appeal. This latest contract further strengthens our collaborative, trusting relationship with Petrobras that spans decades,” Landes added in the statement.

TechnipFMC has been awarded several notable deals in recent months. In August, the company announced that it and its joint venture partner DOF Subsea (OSE: DOF) had been awarded a “significant” long-term charter and services contracts by Petrobras for the pipelay support vessels Skandi Vitória and Skandi Niteroi. TechnipFMC defines a significant contract as being worth between $75 million and $250 million.

In July, TechnipFMC revealed that it had been awarded a “significant” integrated Engineering, Procurement, Construction and Installation (iEPCI) contract for the Jubilee South East development offshore Ghana and in June the company netted a “significant” Engineering, Procurement, Construction and Installation contract by Equinor for the Kristin Sør field in the North Sea. During the same month, TechnipFMC also bagged a “substantial” subsea contract by Petrobras for the Búzios 6-9 fields.

TechnipFMC describes itself as a leading technology provider to the traditional and new energies industry, delivering fully integrated projects, products and services. The company, which is organized in two business segments - subsea and surface technologies – employs around 20,000 people, its website shows.