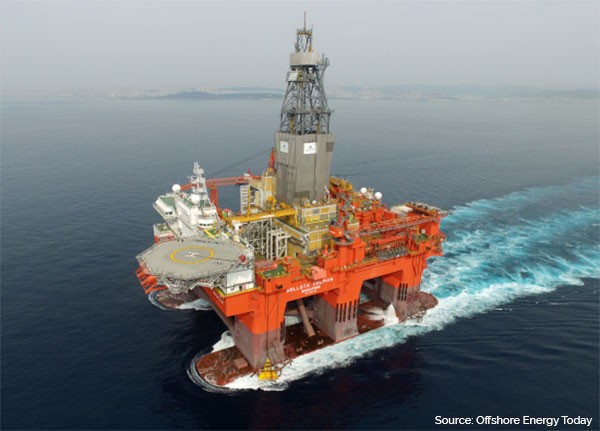 Semco Maritime has been awarded a contract by Seadrill Limited for preparation and modification of the West Bollsta prior to commencing her 10 well contract with Lundin Norway on the Norwegian Continental Shelf in 2Q20.

The project will be executed at Semco Maritime’s yard at Hanøytangen outside Bergen starting mid-February 2020.

“We are excited to secure such an important contract and customer. The process between our companies prior to contract award has been professional and based on mutual trust, skilled people and close collaboration. Semco Maritime is a high quality Oil and Gas services company that has supplied the global offshore industry for the past 30 years. This contract award, on a state of the art drilling rig such as West Bollsta, further anchors our position in the top quartile of our industry. We look forward to a safe, professional and predictable project with Seadrill, the West Bollsta team and our key suppliers at Hanøytangen,” says Managing Director of Semco Maritime Norway, Lars Jønholt Halvorsen.

The West Bollsta is an advanced harsh environment drilling rig, based on the Moss Maritime CS60 design, owned by Northern Ocean Ltd. and operated by Seadrill. She was finished at Hyundai Heavy Industries shipyard in 2019.

The project is expected to employ around 100 people at Semco Maritime’s yard facility at Hanøytangen, which has Northern Europe’s largest operating dry-dock of 125x125x17 m, accommodation with single beds for 365 workers and several quays with depth ranging from 17-90 m at quayside.