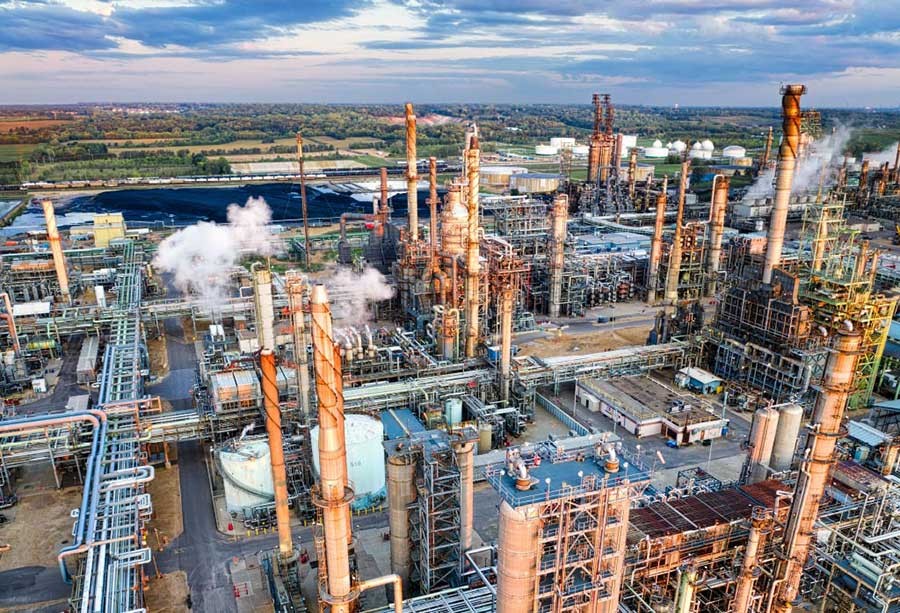 US oil and gas activity accelerated in the first quarter of 2022 as the near-term outlook improved significantly, but uncertainty also spiked amid the soaring and volatile energy prices in the wake of Russia’s war in Ukraine.

The US Administration called on domestic producers to boost oil output – if they can – to help ease the upward pressure on international crude oil prices and US petrol prices.

The US oil industry supported the Administration’s ban on imports of Russian oil, LNG, and coal and urged policymakers once again to advance US energy leadership and expand domestic production to counter Russia’s influence in global energy markets.

Activity in the oil and gas sector accelerated in the first quarter of 2022, the quarterly Dallas Fed Energy Survey showed. According to responses from executives, the business activity index — the survey’s broadest measure of conditions for energy firms in Texas, northern Louisiana, and southern New Mexico — jumped from 42.6 in the fourth quarter to 56.0 in the first quarter of 2022, which is its highest reading in the survey’s six-year history.

Oil production growth accelerated, with the index surging from 19.1 in the fourth quarter to 45.0 in the first quarter. Similarly, the natural gas production index advanced 14 points to 40.0.

“Six-month outlooks improved significantly, with the index climbing from 53.2 last quarter to 76.3, a record high. The outlook uncertainty index also jumped from -1.5 to 31.9, suggesting uncertainty became much more pronounced this quarter,” according to the survey.

In comments to the survey, executives at E&P and oilfield services firms said that the Russian war in Ukraine will continue to wreak havoc on oil markets and that the US Administration needs an honest dialogue with the industry. One E&P executive even said in comments to the survey that “Our company’s main concern is the administration’s war on hydrocarbons.” The managers at the US firms also flagged continued limited access to sources of capital and debt. While activity has accelerated considerably, there are limiting factors to how fast US oil production could grow, executives said.

“Labor and equipment shortages, along with inflation in oil country tubular goods and shortages of key equipment and materials, will limit growth in our business and U.S. oil production. In particular, truck drivers are in critical shortage, perhaps due to competition from delivery services,” one manager noted.

Another manager, at a services firm, said: “So much uncertainty makes it, for me at least, virtually impossible to predict anything beyond this afternoon. There is uncertainty domestically, globally and regulatorily.”

Less than two weeks after the Russian invasion of Ukraine started, the US banned imports of Russian oil, liquefied natural gas, and coal to the United States.

“The United States is able to take this step because of our strong domestic energy infrastructure and we recognise that not all of our Allies and partners are currently in a position to join us,” the White House said.

“We’re working closely with Europe and our partners to develop a long-term strategy to reduce their dependence on Russian energy as well,” US President Joe Biden said, commenting on the ban.

A day after the ban, US Secretary of Energy Jennifer Granholm said at the CERAweek 2022 energy conference in Houston:

“We are on a war footing—an emergency—and we have to responsibly increase short-term supply where we can right now to stabilise the market and to minimise harm to American families.”

“We’re serious about decarbonising while providing reliable energy that doesn’t depend on foreign adversaries. That means we’ll walk and chew gum at the same time. So yes, right now, we need oil and gas production to rise to meet current demand,” Secretary Granholm said.

“The industry has already taken significant and meaningful steps to unwind relationships, both with respect to assets in Russia, as well as imports of Russian crude oil and refined products. We share the goal of reducing reliance on foreign energy sources and urge policymakers to advance American energy leadership and expand domestic production to counter Russia’s influence in global energy markets,” API President and CEO Mike Sommers said in a statement.

Todd Staples, president of the Texas Oil & Gas Association, said, commenting on the Russian war in Ukraine and the skyrocketing energy prices:

“This crisis should be a wakeup call that we need strategic American energy policy that treats oil and natural gas as an asset and not a liability. The suffering of consumers at the pump underscores the importance of domestic energy production, and American consumers are feeling the repercussions of cancelled pipeline projects, delayed approvals for permits and the discouragement of additional expansion, poor decisions all exacerbated by the war.”

Oil demand in the United States has increased steadily along with the economy, while supply lacked the workforce and supply chain foundation, financial backing, and supportive energy policies required for production to keep pace, API’s chief economist Dean Foreman said, commenting on the latest API Industry Outlook for Q1 2022.

Concerns remain that Russian oil and gas flows could be disrupted in the near future, through physical disruptions, sanctions that prohibit flows, or if Russia decides to wield its energy as a weapon by withholding it from the global market, Foreman noted.

“As such, the health and viability of U.S. production growth, both for crude oil and natural gas, could be critical to global management of risk and uncertainties posed by Russia,” he said.

The US industry’s capital expenditures supporting U.S. and global crude oil and natural gas production rose by nearly one-third to US$56 billion between the third and fourth quarters of 2021. However, this $56 billion in Q4 2021 was well short of the $71 billion expenditures in Q4 2019, before the pandemic.

“The most assured path to support U.S. consumers and help keep the economy on track is to support U.S. crude oil and natural gas production. This has been a recurrent, if not indelible, theme through the 2020 downturn and its recovery since then,” Foreman commented.

US oil production is set to grow in coming months as both private and large public E&P operators will continue to raise drilling activity, Enverus Intelligence Research said in a report at the end of March.

Drilling activity at large US independent producers has already risen by around 15% since November 2021, and Enverus believes continued moderate increases are likely — and warranted — based on pre-war price expectations. At the same time, private operators are currently taking advantage of the outsised rates of return and are raising their share of horizontal drilling to near-record levels.

“Should long-dated prices move over $90/bbl, another step-change in activity would be justified. The E&P industry can return to strong growth while remaining profitable and environmentally responsible,” according to the Enverus report.

“Private operators have been and will continue to take advantage of the outsised returns, and we believe continued drilling activity increases from large U.S. independents are likely and warranted,” said Farzin Mou, lead report author and vice president at Enverus Intelligence Research.