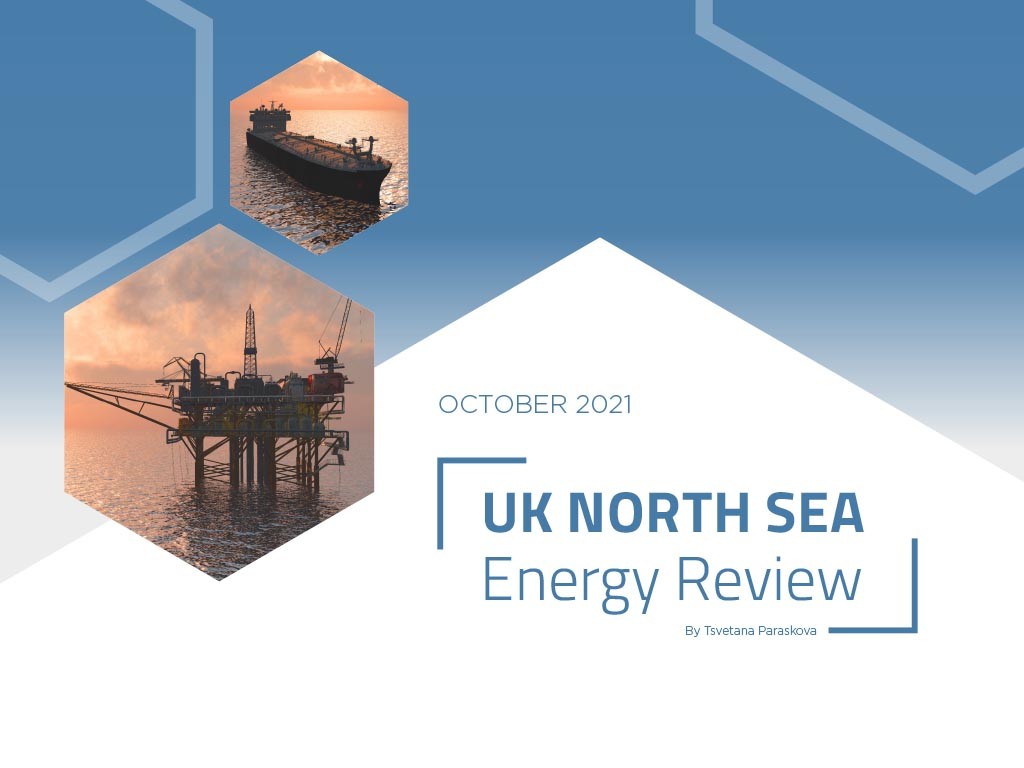 The state of the UK offshore oil and gas industry and the road to decarbonisation of activities continued to be key topics in the UK North Sea industries this month.

OGUK published its annual Economic Report 2021, which showed that the UK’s offshore oil and gas industry remains a pillar of the economy. The action to tackle emissions is indisputable and OGUK is “already in action to improve the production of cleaner indigenous oil and gas while putting our skills to work to help other sectors transform.”

However, the report also showed the stark choices the UK faces in the energy transition, considering that in the first few months of 2021, the UK has imported more gas than any other year, as demand rose and domestic production fell. And while renewables have made inroads in supporting electricity generation, that electricity still only accounts for 20 percent of the UK’s total primary energy needs, OGUK notes.

“With a managed, fair and inclusive transition, we can be confident of our collective path to deliver net zero, but we need all parties to work with us and to actively support us in our commitments and endeavours,” said Deirdre Michie, Chief Executive OGUK.

Industry activity is estimated to support almost 200,000 jobs in 2021, spanning every region of the UK, while industry is set to contribute £1.7 billion in net tax payments between 2021 and 2026, OGUK’s report showed.

The Economic Report showed that £3.7 billion in capital investment was committed in 2020, despite the challenging economic environment due to the pandemic. A total of £21 billion is expected to be invested over the next five years, delivering 2.7 billion boe over time.

However, the report warned that “In a no-further-investment case, total capital investment could fall to less than £1 billion per year by the middle of the decade as the UK increased its reliance on imported fossil fuels.”

“We all know that change is needed so the question is how fast we make that change. This report shows the reality that cutting off the domestic production of oil and gas faster than we can reduce demand risks leaving us increasingly dependent on other countries that often generate higher emissions,” OGUK’s Michie said.

OGUK will hold its flagship Offshore Decommissioning Conference 2021, which is taking place between November 22 and 24 this year, in a hybrid format.

Scotland’s oil and gas industry, and the 100,000 Scots who work for it, will play a key role in achieving the government’s target of reaching net zero by 2045, trade minister Ivan McKee told an energy industry conference in early September.

Scotland has the potential to not only show leadership on hitting net zero emissions, but show other countries the path to achieve it, OGUK CEO Michie said in response to the First Minister’s statement that Scotland would show leadership on the climate crisis.

The UK Oil & Gas Authority (OGA) published on 22 September its annual ‘UK Oil and Gas Reserves and Resources’ report, which showed that the UK’s petroleum reserves remain at a significant level. The OGA’s estimate for proven and probable (2P) UK reserves as at end-2020 is 4.4 billion boe, 0.8 billion boe lower than as at end 2019. On the basis of current production projections, this could sustain production from the UKCS to 2030, the report found.

Exploration success in 2020 delivered an addition of 212 million boe to the total of contingent resources.

“A key part of exploration Stewardship is now to progress the many attractive opportunities within the prospective resource portfolio into drill-ready prospects, and into subsequent discoveries,” OGA said.

“The OGA believes that maximising the economic recovery of the UK’s remaining oil and gas need not be in conflict with the energy transition and that the industry has the skills, technology and capital to help unlock the solutions required to help the UK achieve net zero,” the authority said in the introduction to the report.

Abu Dhabi National Energy Company PJSC (TAQA), announced on 1 September that it had initiated a strategic review of its oil and gas operations, which include upstream and midstream operations in the UK North Sea.

“All options will be considered, including the sale of some or all the assets, or the retention and development of the assets within the TAQA Group,” the firm said. Serica Energy announced on 2 September first production from the Rhum R3 Well.

“The successful R3 project is a demonstration of Serica’s ongoing strategy of investment in capital growth projects designed to boost our production levels whilst continuing to reduce our carbon intensity. The next project will be Columbus where we expect first production in Q4 this year,” said Mitch Flegg, Chief Executive of Serica Energy.

EnQuest said in its half-year results that lower production at Magnus reflected the slower execution and an increase in scope of the well intervention programme, an unplanned third-party outage, power related failures, and natural declines. The 2021 average net group production is expected to be at the lower end of the guidance range of 46,000 Boepd and 52,000 Boepd, reflecting expected performances at Magnus, the Greater Kittiwake Area and PM8/Seligi over the course of the second half of the year.

United Oil and Gas Plc has now entered into a binding sale and purchase agreement with Quattro Energy Limited to sell UK Central North Sea Licences P2480 and P2519 for a headline consideration of up to £3.2 million.

Deltic Energy Plc announced on 10 September that the acquisition of 3D seismic data over Licence P2428 and surrounding areas had commenced, following the recent Farm Out with Cairn Energy in relation to five of Deltic’s gas licences in the Southern North Sea.

Aberdeen-based Well-Safe Solutions said on 16 September that it was awarded a multi-million-pound contract by Repsol Sinopec to execute the decommissioning of all wells in its Buchan and Hannay fields.

The contract is the first fully-inclusive well decommissioning contract of its kind and enables Repsol Sinopec and Well-Safe Solutions to manage efficiencies, knowledge, and cost, the Aberdeen firm said.

“Our team has worked closely with the team at Repsol Sinopec to develop a contracting delivery model that enables this project to be delivered in a manner that aligns with Repsol Sinopec’s decommissioning strategy, OGA’s decommissioning strategy and Well-Safe’s P&A Club approach. With complete schedule control this enables us to optimise our efficiencies, retain learnings and deliver a multi-operator, multi-well campaign,” Well-Safe Solutions CEO Phil Milton said.

Petrofac will work as a preferred engineering services partner to support CO2 Capsol’s carbon capture opportunities across the UK, Europe and over time, globally.

Deltic Energy said on 20 September that together with its operating partner Shell it had completed the geophysical site survey over the planned Pensacola exploration well location on Licence P2252 in the Southern North Sea. The survey was conducted by Fugro GB North Marine Limited.

Jersey Oil and Gas plc said on 22 September that regional electrification collaboration within the Central North Sea is building momentum amongst industry parties, with the Greater Buchan Area (GBA) ideally located to be an integral part of this initiative.

“Our GBA farm-out process was launched and is ongoing, with active engagement with both industry parties and infrastructure funders, the latter having expressed funding interest particularly with respect to electrification of the development and the potential regional collaboration opportunities that exist,” CEO Andrew Benitz said.

Harbour Energy reiterated its 2021 reported production guidance of 170,000-180,000 boepd, despite lower output in the first half of 2021 due to planned maintenance programmes deferred from 2020 into 2021 due to COVID-19 and unplanned outages. The higher expected production for the second half of the year will be the result of completed maintenance programmes, additional wells on-stream, and a full contribution from the Premier portfolio. Harbour Energy also expects to ramp up drilling activity, including two rigs in the J-Area and other units at Tolmount, AELE, Elgin Franklin and Beryl in the UK.