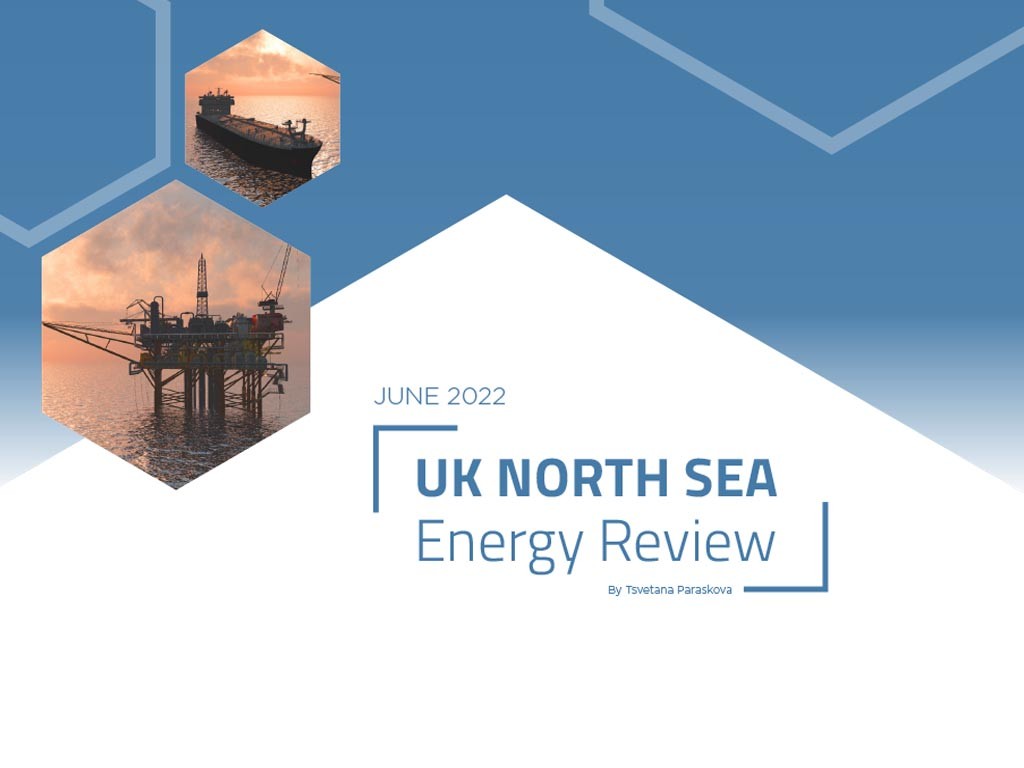 The much debated and rumoured windfall tax on profits of oil and gas companies operating in the UK North Sea dominated the conversation in the offshore energy sector in the UK in May. The industry’s opposition to the tax, the Queen’s Speech, the energy transition, and investments and plans for North Sea resources and low-carbon energy sources also featured in the news from the sector.

After months of rumours, denials, and letters sent to the government opposing the windfall tax, that tax became a reality on 26 May when the Chancellor of the Exchequer Rishi Sunak announced a new temporary 25% Energy Profits Levy for oil and gas companies, reflecting their extraordinary profits. The tax is part of a package to provide relief to UK households who face a surge in energy bills as commodity prices soared.

The new Levy will be charged on oil and gas company profits at a rate of 25% and is expected to raise around £5 billion in its first 12 months, which will go towards easing the burden on families.

The Energy Profits Levy will apply to profits arising on or after 26 May 2022. Companies who have an accounting period that straddles that date will be required to apportion their profits. The tax is temporary and will be phased out when oil and gas prices return to historically more normal levels. The legislation will also include a sunset clause, which will remove the tax after 31 December 2025.

The tax, however, will have an investment incentive, the UK government said. An ‘allowance’ will be generated on investment expenditure (capital expenditure and some operating and leasing expenditure) at 80% which can immediately be used to reduce profits subject to the levy.

“It is also right that those companies making extraordinary profits on the back of record global oil and gas prices contribute towards this. That is why I’m introducing a temporary Energy Profits Levy to help pay for this unprecedented support in a way that promotes investment,” the Chancellor said.

“The new taxes imposed on the UK’s offshore oil and gas operators are a backward step by a government which, just weeks ago, pledged to build a greener and more energy-independent nation,” Offshore Energies UK said.

“Supporting consumers through this crisis is essential – but damaging the UK energy industry with new taxes is no way to do it,” the association added.

“The government had opposed calls for a windfall tax, so today’s announcement has disappointed the industry, undermined trust and created long-lasting uncertainty over future investment. The new tax will take effect today, meaning it could undermine investments for years ahead,” OEUK said, adding it would review the proposals in full, including the impact of the new investment allowance.

“These new taxes will achieve the exact opposite of what the government promised in April,” said Deirdre Michie, OEUK’s Chief Executive.

“They will drive away investors and so reduce UK energy production. That means less oil, less gas, and less renewables. It also makes it much harder for the UK to reach net zero by 2050,” Michie noted.

“Right now, the key task is to prevent a flood of investment formerly earmarked for UK energy projects now being diverted to other countries,” she added.

A week before the announcement of the windfall tax, OEUK said that UK oil and gas operators will pay £7.8 billion in tax this year alone, which would be a 20-fold increase worth £279 per household. This is a significant boost for the UK Treasury and roughly equal to 1% of the nation’s entire tax revenue, the industry body said.

“That is why our industry puts a premium on stability and predictability in the ways it is taxed and regulated. Tax increases make it more expensive to borrow money for big projects – and that can make them unviable. It’s why periods of fiscal stability are associated with increased investment, whereas sudden tax increases are often followed by decreased investment,” OEUK’s Michie said.

Michie also told the OEUK’s annual conference on 24 May that a windfall tax could undermine an estimated £200 billion - £250 billion which has been set aside by energy companies to build offshore wind farms, hydrogen production plants, and carbon capture facilities, plus maintaining oil and gas supplies.

“Such policy swings risk achieving the opposite of what politicians say they want. A windfall tax now will reduce energy security, undermine the energy transition – and impose huge long-term costs on UK consumers and businesses,” she said.

In her speech two days before the windfall tax was announced, Michie said: “We still think carbon neutrality is achievable – but only if the regulation is right, the taxes are predictable and policymakers – from across the UK’s parties and governments – are working with us. Not against us.”

UK companies servicing oil and gas operators also urged the government not to impose a windfall tax on profits. A total of 31 organisations in the UK’s offshore energy supply chain said in an open letter that  “A one-off windfall tax on energy producers will not sustainably help consumers and will only further reduce investor confidence in the UK, the ripple effect of which we will feel for many years to come. And it will do nothing to address the cyclical nature of an energy system linked to global supply and demand, with the UK becoming much less attractive to investors who will look elsewhere for the long-term stability they require to progress major energy projects.”

“Undermining the UK’s oil and gas fiscal regime, just as we start to turn a corner of recovery risks sparking a chain of events which could slow down the energy transition,” the service companies warned.

The UK government will bring forward an Energy Bill to deliver the transition to cheaper, cleaner, and more secure energy, according to the Queen’s Speech 2022.

Commenting on the Queen’s Speech, OEUK said the proposed Energy Bill must create the predictability needed to attract the long-term investment crucial to boosting the nation’s energy security.

“It’s important that this bill is put in place as soon as possible and that it also creates a stable landscape for investors, which in turn is supported by a predictable and competitive tax structure. That would give our industry the confidence to attract investment, support energy security, and help the government reach its target of achieving net zero by 2050,” OEUK’s Michie said.

“It’s vital that new legislation announced in the Queen’s Speech enables us to build cheap new renewable energy more quickly, as speed is key to boosting home-grown energy and cutting bills for consumers.”

According to research by OEUK, the UK’s offshore energy producers are set to invest £200 billion - £250 billion by 2030 to provide the nation with secure and increasingly low carbon energy.

bp and Shell alone have pledged billions of pounds of investment.

bp has said it would invest £18 billion in the UK’s energy system by the end of 2030, mostly for offshore wind and other low-carbon projects such as mass hydrogen production and CO2 capture.

Shell, for its part, has pledged investments of £25 billion into UK energy systems over the next decade, with more than 75% of the investment in low-carbon products and services including offshore wind, hydrogen production, and electric mobility.

The North Sea Transition Authority (NSTA) will work closely with government, industry, and other regulators on North Sea energy integration, the authority said in its Corporate Plan, outlining its priority areas for the next five years through 2027.

“We expect to see real progress on electrification, with at least two projects to be commissioned by 2027. Our organisation will also run the UK’s first carbon storage licensing round to support the capture of 20-30 million tonnes of CO2 per year by 2030,” the NSTA said.

The UK government needs to take swift action to tackle the regulatory barriers to energy transition, NSTA chair Tim Eggar said at the Southern North Sea conference in Norwich on 25 May.

“The NSTA knows that the UK urgently needs a more streamlined regulatory landscape to help companies get their energy integration projects off the ground,” Eggar said.

A new NSTA report, published before the windfall tax announcement, highlighted a bright outlook for the supply chain, with at least £5 billion of contracts either being tendered now or in the very near future.

“The UK needs to be a good place for supply chain companies to invest and do business and our Supply Chain Principles define good procurement practice and enable us to maintain and strengthen our supply chain,” Katy Heidenreich, Offshore Energies UK Supply Chain and Operations Director, said.

In company news, IOG plc said in early May that the appraisal wells at Goddard and Kelham North/Central are planned to be drilled in direct continuation from the Southwark east and west development wells in the fourth quarter of 2022.

Repsol Sinopec Resources UK, TechnipFMC, and Petrofac announced on 10 May that pre-front end engineering and design studies (Pre-FEED) had commenced for the development of the Ithaca and Hibiscus owned Marigold field via the Repsol Sinopec-operated Piper Bravo platform. The Marigold field development concept consists of up to nine subsea wells, tied back 16 km to the Piper Bravo platform, where gas lift, processing, and transportation services will be provided before oil is exported to Repsol Sinopec’s Flotta Terminal for tanker offload.

Neptune Energy said on the same day it would spend more than $1 billion over the next five years securing energy supplies for the UK and speeding the transition to net zero. Neptune currently operates around 11% of the UK’s gas supply from fields in the UK’s Southern North Sea and the Norwegian North Sea.

Harbour Energy plans over 20 development and infill wells plus several well interventions for 2022, the company said in its trading update on 11 May. These include a three well programme at the Catcher Area which commenced drilling in March and two J-Area development wells where drilling is also underway.