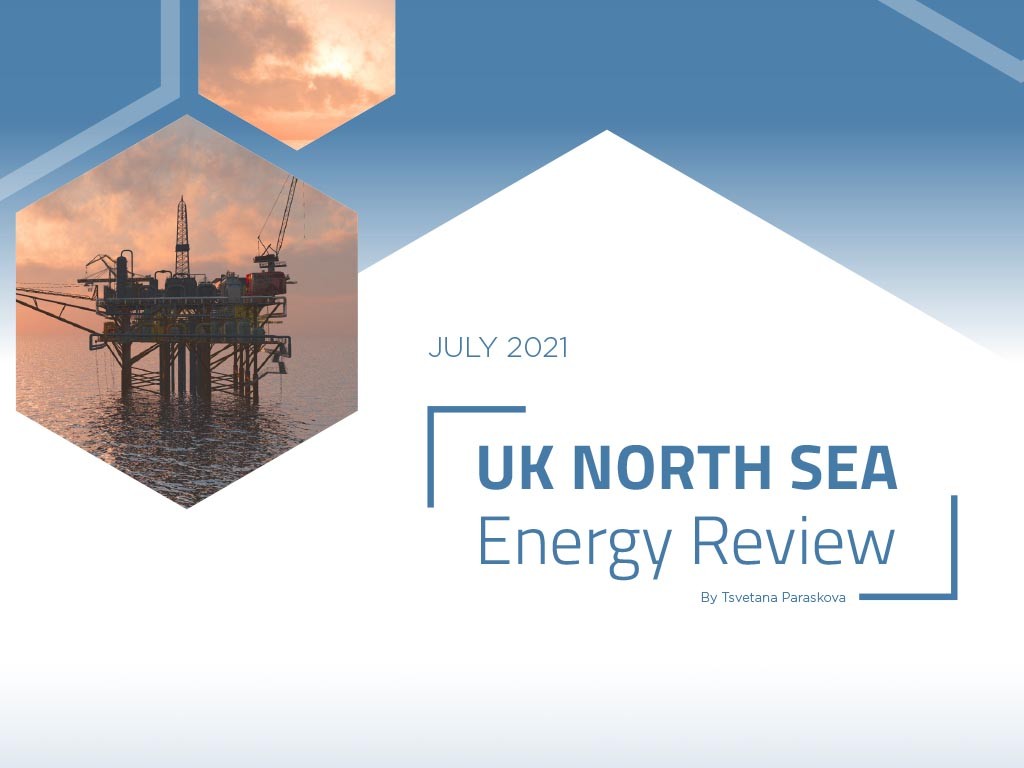 Opportunities for the UK offshore industry in the energy transition, plans and new guidance for emissions reductions, trading updates, and project implementations featured in the UK oil and gas sector at the end of May and in June.

The UK oil and gas sector is recovering from the COVID impact and is poised for a major transformation as it positions itself for a lower-carbon future, according to the 33rd Oil and Gas survey conducted by Aberdeen & Grampian Chamber of Commerce’s Research Chamber in partnership with the Fraser of Allander Institute and KPMG UK.

A total of 75% of contractors anticipate moving into renewables work over the coming three to five years—the highest level recorded since the question was first asked in 2015. On average, they believe oil and gas will account for less than three quarters of their business activity by 2025 – down from the current average of 86%, the survey found.

“The industry is on the cusp of transformation and much of our findings reflect the collective sense of anticipation. It certainly feels that in Aberdeen we are heading towards the ‘new normal’ after a long period of reliance on carbon-based energy sources,” Martin Findlay, senior partner at KPMG in Aberdeen, said.

The UK could become the ‘Silicon Valley of energy’, OGUK Chief Executive Deirdre Michie said at the speech opening the UK offshore oil and gas industry’s Annual Conference on 1 June.

With the right support, the UK could be the global leader in the critical areas of the future, such as emissions reduction, clean energy, and low-carbon technologies, she added.

“We are choosing to be responsible and drive down our industry emissions while investing in the energies of the future – at a pace which is leading the way globally,” Michie said.

The Oil and Gas Authority’s (OGA) 2020 UKCS Stewardship Survey showed that performance in the UKCS has remained positive with some improvements from the previous year.

“Recent discoveries in the UKCS particularly in the Central North Sea have been high in volume, indicating the quality that the basin still offers and highlighting the need for energy transition-conscious exploration,” the OGA said.

Despite the challenges posed by the 2020 shock to the industry, production efficiency in the UKCS was sustained at 80%, reaching the OGA’s target for the second year in a row.

Capital expenditure in the basin over the next 5 years is forecast to drop by £2.9 billion, due to the impact of COVID deferrals and the low oil price on immediate expenditure. Still, current projections already indicate ongoing recovery, thanks to re-assessed project economics and modifications for emission reductions. Capital expenditure is expected to rebound to previous forecast levels by 2023, the OGA said.

The authority also published its Stewardship Expectation outlining the ways in which companies should collaborate with their supply chain contractors. According to the authority, strong contracting relationships are needed to ensure the UK has an effective and sustainable supply chain. Currently, there are instances where relationships between companies and their supply chain have been undermined by poor behaviour or practice including a lack of commitment to industry standard payment terms and overly complex and time-consuming tendering negotiations, the OGA said.

“We will monitor actual outcomes closely and reflect in decision-making when operators apply for consents and authorisations,” said Hedvig Ljungerud, Director of Strategy at the OGA.

“The OGA’s update to flaring and venting requirements shows welcome ambition in this COP26 year and is one we share.”

“Oil and gas will continue to be needed for decades to come and must be produced and used with less impact on the environment – that is why we are working with government, industry, and our regulator through the North Sea Transition Deal to make our operations healthier and greener,” Tholen added.

The face-to-face event of the SPE Offshore Europe 2021 show was postponed to 1-4 February 2022 in Aberdeen, while the conference will run virtually from 7-10 September 2021, the organisers said in the middle of June.

“The September conference will be strongly focused on the energy transition and supporting the industry’s role in delivering net zero. With further high-level energy transition content at the face-to-face event in February 2022, SPE Offshore Europe will straddle COP26, providing a unique learning opportunity as strategies, experiences and technologies are shared,” Phil Chandler, Director, Europe & Caspian Events at SPE, said.

Neptune Energy announced in early June the digitisation of five of its operated offshore platforms in the Dutch, Norwegian, and UK North Sea. Neptune Energy created ‘digital twins’ for its K9-A, L5-D and F3-B platforms in the Netherlands, Gjøa in Norway, and Cygnus in the UK Southern North Sea. This will enable approximately 90 site inspections each year to be carried out from onshore, accelerating work schedules, reducing costs, and cutting carbon emissions associated with offshore travel, the company said.

UK gas company IOG plc confirmed on 7 June that the Blythe and Southwark gas platforms, which will operate as normally unmanned installations (NUIs), had successfully been installed at their respective offshore field locations in Q2, in line with the project schedule.

“These facilities are integral to our infrastructure-led hub strategy and form a pivotal link between our co-owned and operated offshore pipeline network and our onshore Thames Reception Facilities at Bacton Terminal,” said IOG chief executive Andrew Hockey.

Tailwind Energy Ltd announced on 8 June the completion of the acquisition of Decipher Energy Limited and its subsidiaries, including a 100% operated interest in the Orlando Field.

Orcadian Energy said on 9 June it intends to seek admission of its shares to trading on the AIM market of the London Stock Exchange. Orcadian is also seeking to raise gross proceeds of around £5 million to progress its assets. The floatation is expected to support Orcadian Energy’s progress towards the commercialisation of its viscous oil assets located in the UK North Sea.

“We look forward to welcoming new investors as we progress this next phase of development of our North Sea oilfields,” Steve Brown, CEO of Orcadian, said.

On 23 June, Orcadian Energy said that the development of the Pilot oil field had been optimised to significantly reduce emissions. The project will be in the lowest 5% of global oil production, according to a Masnadi et al analysis.

Serica Energy has successfully installed new completion equipment at the Rhum R3 well and a flow test has now been performed. The successful recompletion of R3 will increase the Rhum production capacity utilising the existing facilities located on the Bruce platform and will, therefore, not lead to significant additional CO2 emissions.

Harbour Energy plc, the company created from the merger of Chrysaor Holdings and Premier Oil, said in its trading and operations update on 23 June that the final commissioning for the Tolmount gas project in the Southern North Sea was underway with production start-up expected around the end of July. The project would add 20,000-25,000 boepd, of which 50% net to Harbour Energy.