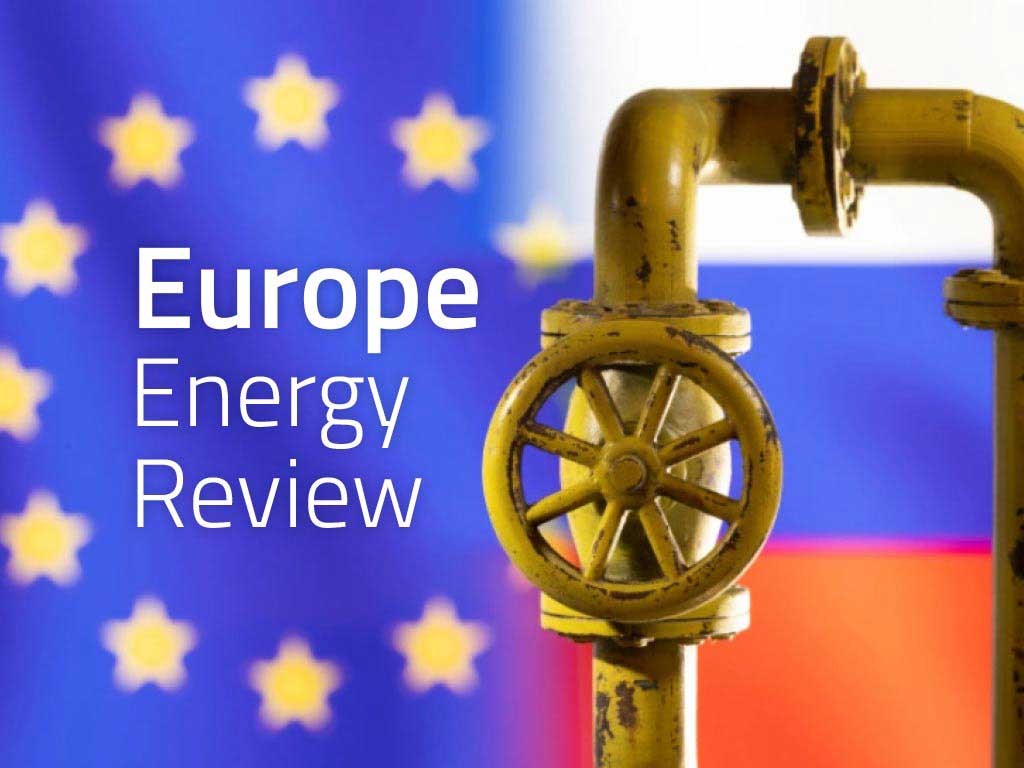 Europe’s pledge to reduce dependence on Russian oil and gas supply and additional sanctions on Putin’s regime over the war in Ukraine continued to dominate the European energy industry in May, while operators in Norway announced new projects and discoveries, and oil and gas majors signed more agreements to advance clean energy projects.

The European Commission officially proposed in early May a complete import ban on all Russian oil, to be enacted by the end of the year.

Weeks after the proposal, the EU continued to struggle to find a consensus on an embargo as Hungary was blocking a unanimous decision, insisting it cannot cope with a ban on Russian oil unless hundreds of millions of US dollars is invested in refinery upgrades and pipelines for non-Russian supply.

While the EU is also looking to reduce its gas dependence on Russia under the REPowerEU Plan, Moscow cut off gas supply to Poland, Bulgaria, and Finland, after the three EU members refused to pay in roubles for Russian gas. Poland gets gas from Germany in a reverse flow on the Yamal pipeline, Bulgaria will rely on LNG deliveries through a pipeline with Greece, while Finland signed a ten-year lease agreement for the LNG terminal ship Exemplar to ensure its energy security.

Meanwhile, reports have it that around two dozen European buyers of Russian gas have already opened accounts at Gazprombank which processes the roubles-for-gas payments.

Italian major Eni said on 17 May it had started the process of opening two K current accounts at Gazprom Bank, on a precautionary basis (one in euros and the second in roubles).

“This follows Gazprom Export’s unilateral request to amend the existing contracts between the parties in accordance with the new gas payment procedure established by the Russian Federation. While Eni has rejected those amendments, the Company is going to temporarily open the two accounts without prejudice to its contractual rights, which still envisage payment in euros. This explicit conditionality will be included in the payment procedure,” Eni said.

The decision, which has been shared with the Italian institutions, was taken in compliance with the current international sanctions framework, the company noted.

The European Commission’s cost estimate in REPowerEU, however, may fall short as Rystad Energy analysis suggests the plan could need at least 1 trillion euro in investment to meet the core objective of increasing renewable generation from 40% to 45% of total energy supply by 2030. Additional investment will be required to meet targets, including grid and battery storage developments, to ensure a stable supply of energy as the whole European power system will need to be restructured.

Meanwhile, Europe may see an LNG supply crisis next winter, as demand will outstrip supply, Rystad Energy said in a report in May.

“The supply imbalance and high prices will set the scene for the most bullish environment for LNG projects in more than a decade, although supply from these projects will only arrive and provide relief from after 2024,” the energy business intelligence firm said.

European majors started exiting their businesses in Russia, as declared in the early days of the Russian invasion of Ukraine.

Shell signed an agreement in May to sell Shell Neft LLC, which owns Shell’s retail and lubricants businesses in Russia, to Russia’s LUKOIL.

Norway’s Equinor announced in late May it had transferred its interests in four Russian joint ventures to Rosneft and is released from all future commitments and obligations. An agreement to exit the Kharyaga project has also been signed, said Equinor, which became the first major to complete its exit from Russia.

At the same time, Equinor and other operators in Norway announced several developments and discoveries.

ConocoPhillips Skandinavia AS, operator of the Greater Ekofisk Area, submitted a plan for development and operation (PDO) for the Eldfisk North Project, which is targeting additional resources in the Eldfisk Field. The development concept is a three-by-six slot subsea production system (SPS) with 14 wells, where nine are producers and five are water injectors. Eldfisk North will be tied back to the Eldfisk Complex in the North Sea. Resource potential is estimated to be in the range of 50-90 million barrels of oil equivalent.

Equinor has made an oil discovery in Snøfonn Nord, by the Johan Castberg field in the Barents Sea. Preliminary estimates indicate between 37 and 50 million barrels of recoverable oil in place.

Moreover, Equinor and Halten East partners Vår Energi, Spirit Energy, and Petoro have decided to invest about US$941 million (NOK 9 billion) in the development of the area neighbouring the Åsgard field in the Norwegian Sea. The area consists of six gas and condensate discoveries and an option on another three prospects.

Lundin Energy AB proposed to change the company’s name to Orrön Energy AB, as part of the transition to a renewables-focused business, following the combination of its E&P business with Aker BP. The proposed name change is subject to shareholder approval at the upcoming EGM to be held on 16 June 2022.

In low-carbon energy news, the North Sea Transition Authority (NSTA), The Crown Estate, and Crown Estate Scotland reiterated their continued commitment to work in close collaboration to help meet the UK Government’s ambitious carbon storage targets of 20-30 million tonnes of CO2 emissions per year by 2030, and over 50 million tonnes by 2035.

“Work is already underway by the three organisations, government, and others to identify suitable seabed areas and subsurface geology for carbon storage, while being mindful of impacts on the marine environment,” NSTA said.

In a new report, RenewableUK outlined policy recommendations to help the UK Government achieve its target of 10 GW of low carbon hydrogen by 2030, including at least 5 GW from green hydrogen production. The UK needs to address barriers in the planning system, by introducing more funding and clearer and simpler rules, the association said.

“If ever there was a time to step up our efforts to replace expensive gas with a clean, flexible fuel which fulfills the same role but uses cheap renewables instead, it’s right now,” said RenewableUK’s Emerging Technologies Policy Analyst Laurie Heyworth, who is the author of the report.

Vattenfall has been awarded £9.3 million in innovation funding by the UK, which will be used to develop the world’s first hydrogen-producing offshore wind turbine in Aberdeen Bay, with the electrolyser sited directly onto an existing operational turbine.

“Holland Coast West,” and Shell and Eneco are participating in the tenders for the offshore wind sites VI and VII.

bp and Shell also signed deals to accelerate EV charging in the UK and Europe. Volkswagen and bp launched their strategic partnership that will boost the adoption of electric vehicles across Europe, unveiling the first charger in Dusseldorf, Germany.

Shell UK, for its part, extended its ambition for installing EV chargers across the UK with a new target by 2030. By the end of the decade, Shell UK aims to have 100,000 public EV charge points across the country, which means that 90% of all UK drivers will be within a 10-minute drive of a Shell rapid charger.

A few weeks prior to the announcement, Iberdrola opened a green hydrogen plant in Puertollano, the largest one for industrial use in Europe. The plant, which will be able to produce up to 3,000 tonnes of renewable hydrogen per year, will supply clean hydrogen to the Fertiberia Group’s factory in the town, thereby reducing the consumption of natural gas.

TotalEnergies announced the start of construction of the Eolmed floating offshore wind project, which is operated by Qair and in which TotalEnergies has a 20%stake. The 30-MW project is located more than 18 kilometres off the coast of Gruissan and Port la Nouvelle in France. The start of production is expected by 2024.

“We are proud to contribute through Eolmed to France’s development in floating offshore wind, a very promising segment in which TotalEnergies notably brings its extensive experience in offshore projects,” said Olivier Terneaud, VP Offshore Wind at TotalEnergies.