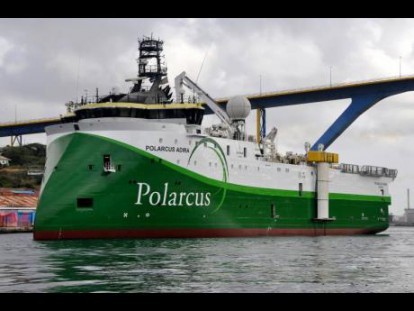 Norris McDonald | Tullow and Jamaica: Why the silence over the big oil and gas find?

Why is Jamaica not being given a full update on the Walton-Morant Licence given to Tullow Oil and the United Oil and Gas, regarding the estimated 229 million barrels of recoverable offshore oil and gas that have been discovered?

The Caribbean is identified as the source for future big-oil find. This is why the Government ought to update the public on what is happening in this important area of national interest.

Oil analysts say that 100 per cent of Jamaica’s estimated oil and gas reserves are easily recoverable.

The Jamaican government has so far leased a 32,065-square miles block to Tullow Jamaica.

BNamerica, a financial intelligence agency, released data on the remarkable significance of Jamaica’s offshore find. According to their data, Jamaica’s recoverable oil and gas reserves are estimated to be 229 million stock barrels, a geological measurement of oil reserves.

BNamericas is a Latin American market intelligence group that tracks strategic information that will have a major impact on the world economy.

According to a February 2019 report, Proactive Investors quotes Brian Larkin as highly rating the investment potentials of Jamaica’s oil and gas exploration.

Brian Larkin is the chief executive officer of United Oil and Gas. He says that there is “considerable industry interest” in Jamaica’s oil and gas potentials.

I believe that it would be of great interest to the Jamaican public to know the future investment plans of foreign companies, and individuals, that are interested in doing business with Jamaica.

Natural gas is usually found near petroleum which, in my opinion, would be of fantastic financial benefit to Jamaica.

So why has this extremely good news not been shared with all Jamaicans? Who knows? Only the Government can say.

In fact, I believe that a potential oil and gas boom would help to drive more investments into the country and help to reduce the very high foreign debt.

Based on a 2017 estimate, Jamaica’s oil find puts us just below Trinidad and Tobago (T&T) in terms of proven oil reserves. This ranking is provided by the US Energy Information Administration, which is part of the US Department of Energy.

Venezuela is ranked number one, as of 2017, with 300,878 million barrels; T&T number 53, so Jamaica would be coming in this global ranking at number 54. This would be ahead of Bolivia, which is currently ranked number 54.

Jamaica’s offshore oil potential is so good that Polarcus Adira – an oil, seismic survey vessel – safely completed its work “under-budget approximately a week ahead of schedule”, United Oil and Gas reported to its investors.

Polarcus is a marine geological survey company that completed a study of the Walton-Morant licence for Tullow Oil and United Oil and Gas. Polarcus does seismic, geological surveys and analyses the information to determine the risks versus rewards for potential investors involved in oil and gas exploration.

It was their ship, the Polarcus Adira, that discovered the good news for their investors.

This Colibri target is part of the rich, potential “high grade” petroleum find within the “Walton-Morant “licence that Jamaica has already signed with Tullow and United Oil and Gas.

In February 2018, the Petroleum Corporation of Jamaica and CGG Geoconsulting announced that “two independent live seeps” had been found onshore in different parts of the island.

But to my knowledge, the Jamaican Parliament, and the country, has not been given any comprehensive update on the offshore and onshore oil exploration.

Although it was reported in 2015 that a “production-sharing agreement” was signed between Tullow Jamaica Ltd and the Petroleum Corporation of Jamaica, the terms of this agreement have not been released.

It would be useful to know this information, wouldn’t you agree?

Tullow Jamaica owns 80 per cent of this lease of the 32,065-square miles block that so far has been estimated to have 229 barrels of proven, recoverable high-grade petroleum.

United Oil and Energy owns the other 20 per cent. Tullow files information with the Security Exchange Commission, the American body charged with monitoring financial good governance or improprieties, but the details of this company are very vague.

While we must concede that the Government has the right to conduct financial negotiations with a level of confidentiality, in a parliamentary democracy, such information is not “proprietary” or private information, owned exclusively by the Government and its investors.

In fact, if this is a significant oil find, then, in light of the recent scandal surrounding Petrojam, Prime Minister Andrew Holness ought to share this good or bad news about Jamaica’s oil and gas prospects and the exclusive lease that is now owned by Tullow Jamaica and United Oil and Gas.

Here are some questions that I believe ought to be answered by the Government:

- Does Prime Minister Andrew Holness plan to give the country a full update on whether this offshore oil is significant, and if so, who are the present and potential investors?

- What are the financial terms of this exclusive lease that has been signed with Tullow Jamaica and United Oil and Gas?

- Are there any Jamaican investors involved? If not, in order to help to develop Jamaica’s national capital market, will any Jamaican firms or individuals be allowed to put their money in oil investment?

I believe that in order to protect their own integrity and avoid rumour-mongering and to ensure the sharing of information in a political democracy, a full update must be given now on Jamaica’s offshore and onshore oil and gas exploration!

That is just the bitta truth!