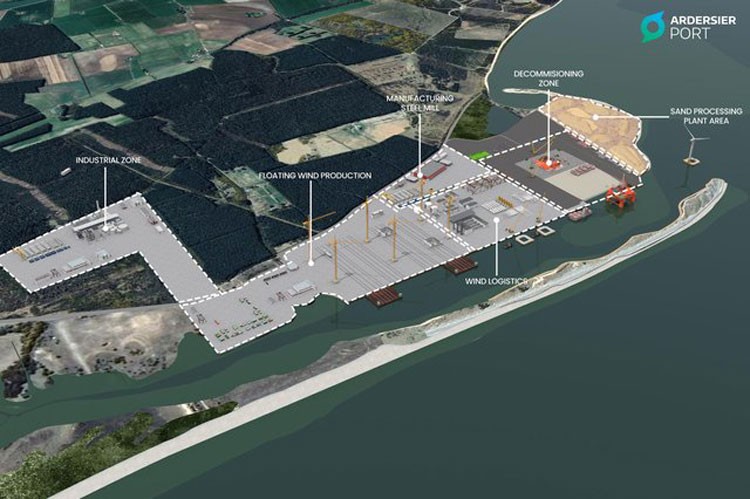 An oil rig decommissioning yard, a ‘green’ steel fabrication plant and a hub for building offshore wind turbine bases are part of a multi-million-pound plan to create the UK’s first fully circular energy transition facility in the north-east of Scotland.

The port at Ardersier, on the Moray Firth coast near Inverness, was one of the largest oil and gas fabrication yards in the world in the 1970s, employing up to 4,500 workers.

The yard shut in 2001 and since then the land has become a disused brownfield site.

But new owner Ardersier Port has set out plans for a major new development that will recycle defunct oil and gas rigs to make foundations for future fleets of floating offshore wind farms, bringing thousands of long-term jobs.

Proposals include a £300 million ‘green steel’ mill, which would be the UK’s first new steelworks in 50 years and powered by renewable energy.

A recent industry report has estimated there will be more than a million tonnes of North Sea topsides coming ashore for decommissioning over the next decade.

Ardersier Port owner Steve Regan said: “This is a once-in-a-generation opportunity to create a world-leading industrial and offshore wind manufacturing facility here in the UK.

“It is a simple plan where each element makes commercial sense as a stand-alone project, but when combined the benefits to the economy and the environment are multiplied.”

A £20 million dredging operation to clear out 2.5 million cubic metres of sand is set to begin shortly, to reopen the massive port once more.

The collected sand will be used to make concrete in the future.