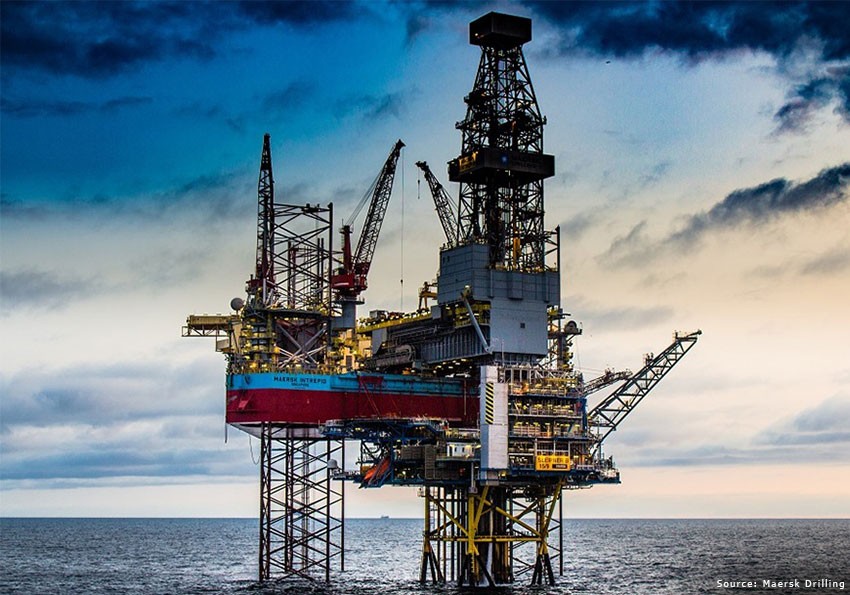 Maersk Drilling was awarded a contract by Equinor for the drilling of three wells and plugging of one on the Martin Linge field offshore Norway back in April 2020.

In an update on Thursday, Maersk Drilling announced the addition of one more well to the rig’s campaign.

The contract has an estimated duration of 80 days, with work expected to start in September 2021 in direct continuation of the rig’s current work scope.

The contract value of the extension is approximately $29.5m, including integrated services provided, but excluding potential performance bonuses.

The contract extension is entered under the Master Framework Agreement between Equinor and Maersk Drilling, in which the parties have committed to collaborate on technology advancements and further initiatives to limit greenhouse gas emissions.

As the first of Maersk Drilling’s rigs to be upgraded to a hybrid, low-emission rig, Maersk Intrepid in late 2020 produced an initial data point of reducing fuel consumption and CO2 emissions during drilling operations by approximately 25 per cent, compared to the baseline average for the rig, while NOx emissions were reduced by approximately 95 per cent.

The contract with Equinor contains a performance bonus scheme based on rewarding reduced CO2 and NOx emissions.

“Our collaboration with Equinor is focused on cost efficiency and responsible, low-emission drilling, and we look forward to continuing the journey we’ve started with Maersk Intrepid’s very promising first results within emissions reductions”.

Maersk Intrepid is an ultra-harsh environment CJ70 jack-up rig, designed for year-round operations in the North Sea and featuring hybrid, low-emission upgrades. It was delivered in 2014 and is currently operating at Martin Linge for Equinor.

Equinor and Vårgrønn team up for floating wind at Utsira Nord