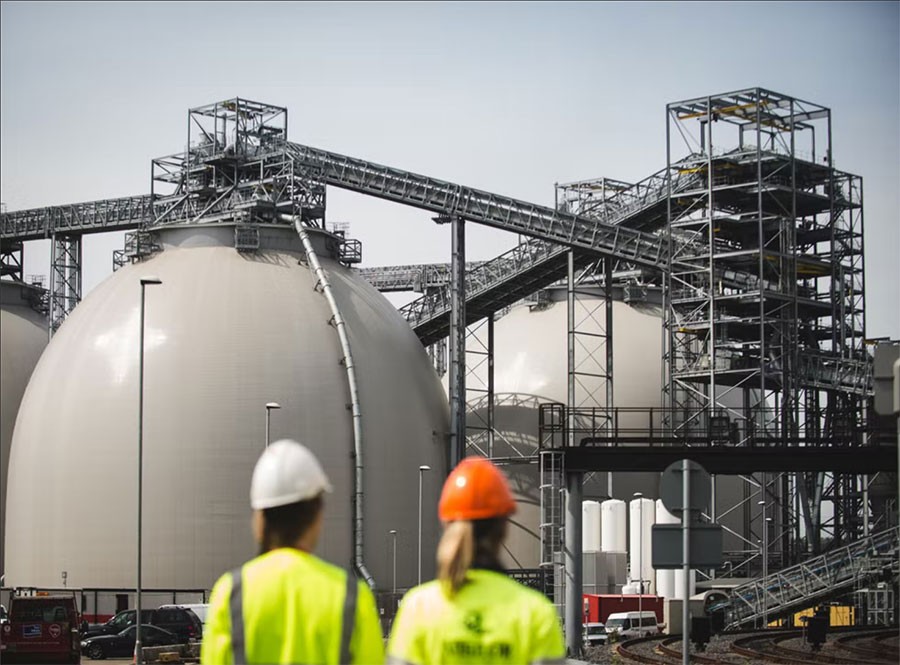 The government has today (11 August 2022) launched a consultation on how to support the development of biomass energy generation with associated carbon captured in the UK over the next decade.

Known as BECCS (Bioenergy with Carbon Capture and Storage), this technology generates energy from biomass, sustainable plant material, while storing the carbon released in the process through Carbon Capture, Usage and Storage (CCUS) technology. This uniquely offers the potential to produce home-grown energy with ‘negative emissions’ – removing carbon dioxide from the atmosphere, as the CO2 absorbed during the growth of the biomass can then be permanently removed from the atmosphere using carbon capture technologies.

The consultation launched today seeks views on how the government can help attract private investment to accelerate the development of this nascent industry, to help boost Britain's energy security, while also supporting new job opportunities across the country including industrial clusters developing carbon capture networks.

“The Government is fully behind biomass energy to provide more power in Britain, for Britain.

"The more clean power we generate within the UK, the less exposed we'll all be to volatile gas markets that are pushing up bills.

“Today's plans could create an entirely new industry in our country, using sustainable biomass in a way that absorbs harmful carbon dioxide from the atmosphere.

“With these reforms, we will boost domestically-produced, cheaper and cleaner sources of energy to power Britain into the future."

Biomass refers to sustainably derived plant material that can be used as fuel to produce energy for heating and powering homes and businesses. Backed by the independent Climate Change Committee, biomass will form an important part of the UK’s future renewable energy mix, which will be vital for ensuring the UK’s energy security and reducing reliance on expensive fossil fuels. Biomass generates enough renewable energy to power 4 million homes

The consultation launched today follows a commitment set out in the Net Zero Strategy to support the role of Greenhouse Gas Removal technology, including the ambition to remove five million tonnes of greenhouse gases per year from the atmosphere by 2030. It also builds on the Expression of Interest for greenhouse gas removal projects launched earlier this year as part of the Government’s carbon capture and storage programme.

Power BECCS provides a significant opportunity to deliver negative emissions that will be crucial to offset emissions from some of the most difficult to decarbonise sectors, such as agriculture and aviation industries. It can also bolster energy security and support the delivery of a fully decarbonised power system by 2035.

The consultation, which will run until October, will seek views on our early proposals including the main design elements of the business model and actions the government can take to enable deployment of this technology at scale, including steps to encourage the development of this industry, and address any possible barriers to investment.