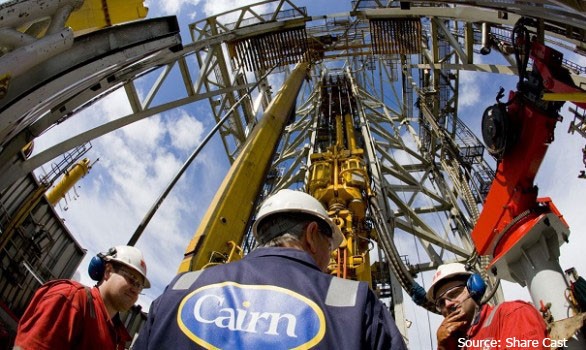 Cairn Energy may be set to buy a stake in a gas field off Israel in a deal that would be worth more than $1bn (£0.85bn).

Edinburgh-based Cairn is in talks to acquire the 22 per cent interest in the Tamar field held by Israel’s Delek group according to Haaretz newspaper.

Citing sources close to the sale process, Haaretz said Cairn has made a $1.1bn offer for the Tamar stake, which would be $100m more than its book value.

The report comes after Cairn made clear it sees lots of potential in the eastern Mediterranean and adjoining land, in spite of the geopolitical tensions in the area.

Cairn acquired exploration acreage off Israel in 2019, in what was only the second offshore licensing round completed by the country.

Last month Cairn agreed to buy a big portfolio of gas fields onshore Egypt from Shell with a local partner in a $640m deal.

The company appears to have decided it could generate better returns in the area than it does in the North Sea production business.

On the day it announced the move into Egypt, Cairn revealed it had struck a $460m deal to sell stakes in two big North Sea fields, which have been an important source of revenue. It could use the proceeds of the sale of the North Sea assets to Waldorf Production to fund its share of the costs of the move into Egypt.

The transactions come amid a surge in mergers and acquisitions activity in the oil and gas sector.

The rally in oil prices that has accompanied the roll out of coronavirus vaccines has provided a spur to deal activity.

Oil and gas prices plunged during the first months of the pandemic, sending the industry into a deep downturn.

BP said yesterday that it had cut debt faster than expected following a very strong business performance in the first quarter of this year. The oil giant noted the price environment had been favourable.

Delek has used acquisitions to help it develop a significant North Sea business, which it described last week as a cash-generative growth engine.

Delek bought Ithaca Energy in a £1 billion deal in 2017 to help build an international oil and gas business.

It then backed Ithaca to acquire US giant Chevron’s North Sea portfolio for $2bn in 2019, as the industry emerged from a deep downturn.

In January Delek said it was considering floating Ithaca on the London and Tel Aviv stock exchanges as it moved to bolster its balance sheet.

The sale of the stake in Tamar held by its Delek Drilling arm could also help the group to cut debt.

Haaretz noted that Delek group is required to sell its stake in Tamar by the end of this year under the Natural Gas Framework established by Israel’s government in 2015. This would help increase competition in Israel’s market.

Delek discovered Tamar in 2009 with partners including Noble Energy of the USA.

The discovery was hailed as an important step on the way to Israel gaining energy independence. First gas was produced in 2013.

Cairn Energy declined to comment on the Haaretz report. Delek Drilling did not respond to a request for comment.

BP chief executive Bernard Looney said the company was pleased to have achieved its target to reduce net debt to $35bn in the first quarter, from $38.9bn at December 31.

He noted: “This is a result of earlier than anticipated delivery of disposal proceeds combined with very strong business performance during the first quarter.”

BP said the strong performance was driven by the success of its trading arm, the price environment and resilient operations.

The group received $4.7bn of disposal proceeds in the quarter. The total included a $1bn final payment in respect of the $5bn sale of its petrochemicals business to Ineos, which owns the Grangemouth refinery.

The total also included payments in respect of the sale of oil and gas assets in Oman and the US and the sale of a stake in the Palantir technology business.