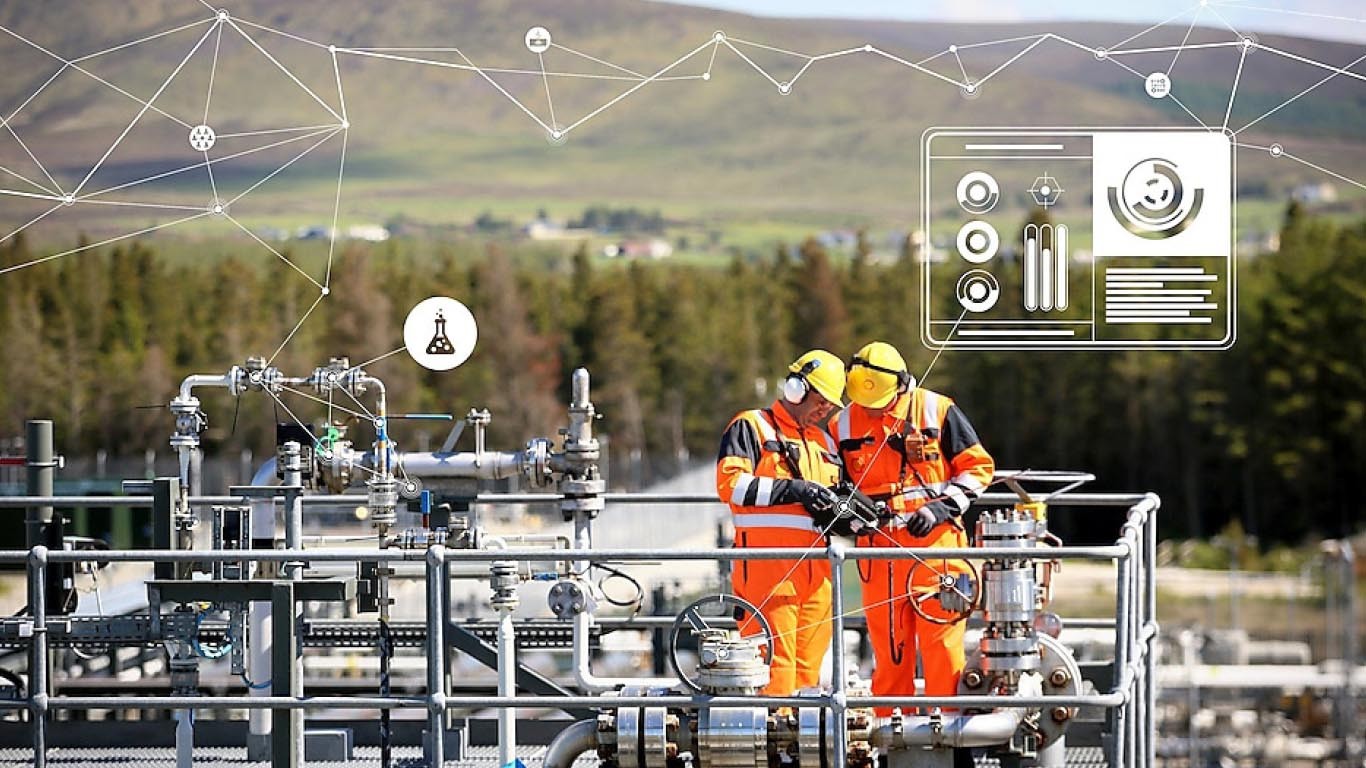 Digital Transformation in the Energy Industry

The energy industry is in the grips of the most disruptive events since the oil crisis of the 1970s, with energy crises and sky-rocketing energy prices in every corner of the world since the Russian invasion of Ukraine.

Global energy commodity flows have been upended, supply chain issues and cost inflation pressure oil and gas producers and renewable energy developers, and volatility on the energy markets is at a multi-year high.

In these uncertain times of high geopolitical tensions and a war in Europe for the first time since World War II, energy firms look to embed and implement more digital solutions to protect themselves against cyber threats and disruptions. High oil and gas prices are beneficial for E&P companies who have recently announced record profits for the second quarter of this year.

Yet, all companies have seen time and again the effect of volatile prices on their bottom lines and aim to be prepared for the next downturn with improved efficiencies and operation flows and minimized costs. Increased digitalisation could help firms tackle today’s market challenges and adapt better to the next crisis in this cyclical industry.

The oil and gas sector is increasingly investing in digital transformation to support safety, increase efficiency, boost sustainability, and improve emission detection and measurement as major companies aim to become net-zero energy firms by 2050 and drastically cut emissions from operations as early as in 2030.

“Digital transformation is occurring on a massive scale due to the need for increased efficiency, safety and sustainability,” Frost & Sullivan said in a recent analysis of the global oil and gas automation market.

“New disruptive technologies, including artificial intelligence (AI) and the Internet of Things (IoT), are already in use and driving digital trends across the industry,” Frost & Sullivan said.

New technologies are expected to play a bigger role in oil and gas as the industry recovers from the pandemic.

“However, to optimize automation, companies will soon have to include artificial intelligence, Internet of Things and robotics technologies in their operations,” DeSarriera added.

In addition, environmental regulations are compelling the industry to become more sustainable, and participants are recognizing that one of the easiest ways to achieve higher process efficiencies is automation, Frost & Sullivan’s research analyst noted.

Digitalization is becoming increasingly crucial for the oil and gas sector as it enables the industry to improve productivity and profitability by streamlining operations, GlobalData Plc said in a report earlier this year.

“However, this is starting to change, as companies upgrade their assets with digital technologies for long-term gains.”

During the COVID lockdowns, the use of cloud computing and cybersecurity received a boost as remote working practices increased, the data and analytics provider notes.

Digitalisation efforts in the midstream sector are also expected to receive a boost this decade especially with the LNG boom driven by buyers looking for non-Russian gas supplies, according to GlobalData.

Technology intelligence firm ABI Research estimated in a report in December 2021 that by the end of this decade alone, oil and gas firms globally are set to spend as much as $15.6 billion on digital technologies, as they look to overcome commercial, operational, and existential challenges.

Technology and digital transformation could help oil and gas companies analyse the condition of their assets, support action plans to expand low-carbon operations and renewable energy production, and prepare for the inevitable volatility of energy commodity prices, ABI Research notes.

Safety of operations and securing assets against cyber threats are key priorities for the energy sector, which is also seeking to proactively prepare for the energy transition.

“Safety and Security are top priorities for Oil & Gas operators. Data analytics allied with IoT platforms have become essential to identifying issues ahead of time such as pipeline degradation, wellhead performance, and pollution from gas flares.

Increasingly, however, network security is rapidly becoming a concern for both the C-suite and Governments,” said Michael Larner, Industrial & Manufacturing Principal Analyst at ABI Research.

Spending on security services is expected to rise by a compound annual growth rate (CAGR) of 8.1% from 2021 to 2030 and reach an annual spend of $640 million at the end of the decade, ABI Research’s analysis has found. Expenditure on by oil and gas companies on Internet of Things (IoT) devices and application platforms is forecast to top $5 billion in 2030 with data analytics spend approaching $2 billion, the technology intelligence firm reckons.

“The role of technology is evolving from helping Oil and Gas firms monitor their large, complex, and dangerous operations to helping them optimize their facilities to handle the volatility in their operating environments,” ABI Research’s Larner says.

Digitalisation Could Be Enabler of Net-Zero Cities

Apart from applications in oil and gas, digital twins, IoT, and AI are expected to be the critical enablers in the journey to Net Zero in cities, ABI Research said in July.

Then there is the electricity sector, which also faces challenges in grid upgrades, smart metering, and stable performance amid growing shares of renewable energy sources.

The adoption of Advanced Metering Infrastructure (AMI) is set for exponential growth this decade, which prompts utilities and energy suppliers to revisit their digital security agendas and device management operations, an ABI Research report showed in May.

While digitization of traditional electricity grids and the modernization of the aging energy infrastructure is among the top concerns for operators and governments worldwide, security for last-mile energy consumption applications was frequently overlooked in the past. That’s no longer the case, according to ABI Research.