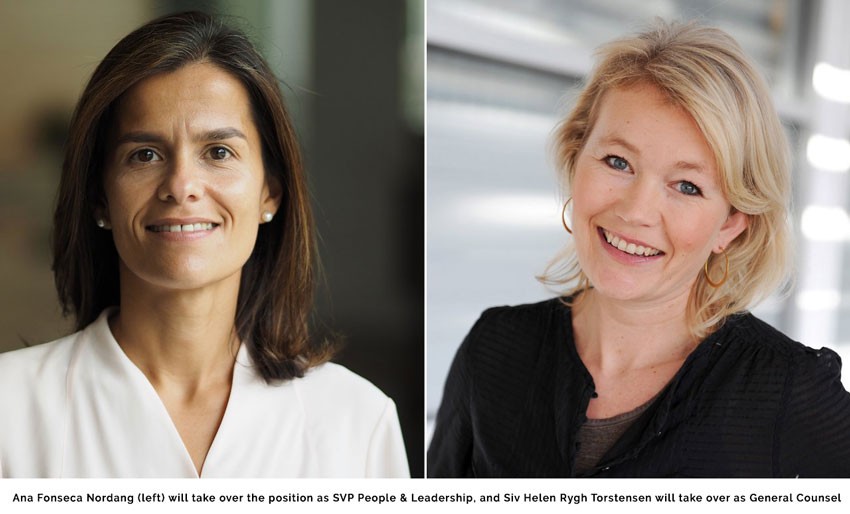 Changes to corporate legal and corporate people and leadership in Equinor

Equinor is making changes to the leadership of two corporate staff areas. The new appointments bring broad experience to the corporate leadership team.

The changes in the corporate staffs are as follows:

“With these changes we bring new members with strong leadership experience, international experience and functional and operational background into the corporate leadership team. I look forward to welcoming Siv Helen and Ana to the team in their new roles”, says CEO Eldar Sætre.

The General Counsel and SVP People & Leadership will continue to report to the CEO and participate in the CEC’s work and meetings.

Hans Henrik Klouman will in his new advisory capacity work with further professionalization of Equinor’s investment activities and active ownership strategies, including within the group’s venture activities and capital management, and continue as chairman of the Equinor Pension Fund. Magne Hovden will as country manager for Singapore hold responsibility for Equinor’s trading activities in South East Asia.

“I would like to thank Hans Henrik and Magne for their long-standing contributions to the corporate leadership team of Equinor and wish them all the best in their new roles in the company”, Sætre says.

Siv Helen Rygh Torstensen is a Norwegian citizen and joined Equinor in 1998. She comes from the position as Head of CEO office, which she has held since July 2016.

Rygh Torstensen holds a Master of Law from the University of Bergen, Norway, and is licensed as an Attorney at Law.

Ana Fonseca Nordang is a Portuguese citizen and joined Equinor in 2009. She comes from the position as Vice President, PL Executive and leadership development in Equinor, which she has held since August 2017.

Prior to this, she held several leadership positions in Houston between 2013-2017, including as head of People and Leadership for DPUSA and as Lead for the improvement program for US Onshore Back Office.

Prior to joining Equinor, Nordang held various leadership roles in business consulting in Washington DC and London and in oil and gas in Stavanger.