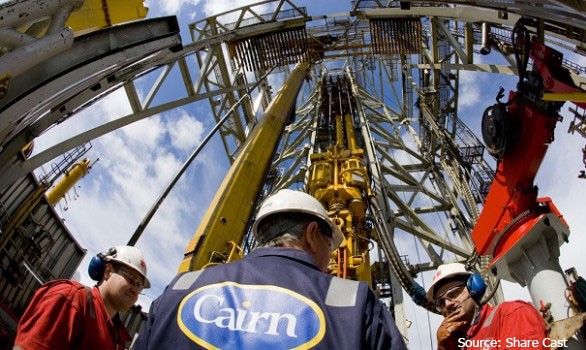 "Smith is joining Cairn with an extensive experience of 35 years in reservoir & petroleum engineering and subsurface geoscience disciplines," the company said in a statement.

Smith has been part of the leadership in global companies, including British Petroleum where he led as the Global Head of Reservoir Development.

"He is joining Cairn at a promising time as the company seeks to double its capacities and contribute 50 per cent to India's domestic crude production," the statement said.

Smith has worked in diverse oil and gas portfolios across various technical, commercial and research roles in Europe, Asia, the Middle East, North America and Africa.

He holds a Bachelor of Science (Hons) in Geophysics from Cardiff University and has done his MBA from Henley Management College, UK.

Prachur Sah, Deputy CEO, Cairn Oil & Gas, said, "At Cairn, we are focusing heavily on hiring the best global talent across levels of our organisation. Martyn is joining us at an exciting time as we pace ahead with the next phase of growth".

"He will work closely with the SBUs, focus on driving production volumes and help realise the full potential of our assets - from existing fields as well as new acquisitions," he said.

Speaking on his appointment, Smith said Cairn Oil & Gas has made rich gains from successive OALP auctions and is now poised to realise its vision of doubling production capacities.

"Today, Cairn hosts great potential, unmatched across the globe. With fresh investments and global technology tie-ups, the company is determined to augment capacities and secure energy autonomy for India. My goals here at Cairn will be to drive innovation, introduce new ideas and ease the adoption of modern-age digital technology for faster growth," he said.

Cairn Oil & Gas, a vertical of Vedanta Ltd, currently produces 1,70,000 barrels of oil equivalent per day and plans to invest an additional $5 billion over the next 2-3 years.

The company seeks to expand oil production to almost 5,00,000 barrels a day to contribute to 50 per cent of India's domestic production.