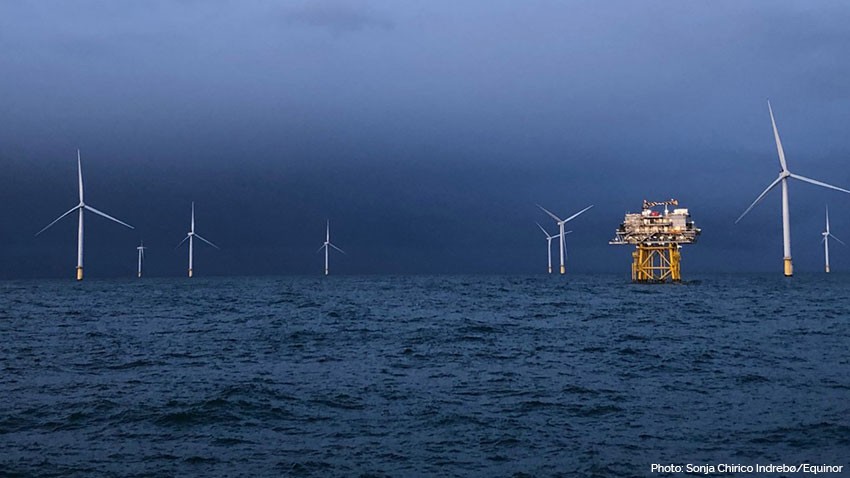 BP hydrogen and offshore wind investments are on their way

CEO Bernard Looney said that the company is preparing to make its first moves imminently.

BP hydrogen and offshore wind investments are preparing to be made in the very near future. In fact, bids are expected during the next six months with a particular focus on H2 activity, according to the CEO of the major oil company, Bernard Looney.

Looney discussed the company’s intentions to “probably” bid on offshore wind auctions, too.

The CEO discussed the BP hydrogen and wind energy intentions during its recent Q3 results call. He mentioned the company’s plans for bids within the next half year. The company also unveiled a United States-focused partnership with Equinor in September. That represented the first time it took steps into the offshore wind energy category. According to Looney, bidding in auctions over the next six months will take place in the form of partnerships as opposed to being done independently.

Within the company’s own UK home market, active seabed leasing rounds are taking place. The 800 MW to 1,000 MW Thor project in Denmark will close to bids on March 15, 2021. The Hollandse Kust (west) project in the Netherlands is scheduled to tender in next year’s Q2. That could be as big as 1,400 MW.
BP hydrogen and renewables targets are for 20 gigawatts by 2025 and 50 GW by 2030.

At the moment, BP has about 10 GW of renewable energy in the works or already completed. It also has options on an additional 20 GW. The majority of its early renewable energy successes are the result of the 50 percent stake it holds in the Lightsource BP solar developer.

The CEO explained that his company intends to continue adding renewable energy megawatts through additional partnerships as well as those already in existence. These include the partnerships with Lightsource and Equinor. It will also take part in capacity auctions. These will play a much more central role in meeting its targets than activity in the form of merger and acquisition.

“Partnerships will be…a key factor in this build-out, quite frankly, just like [they are] in the traditional oil and gas business. […] We partner all around the world today in oil and gas, and partnership will be no different as we look to build out our low-carbon position,” said Looney about the BP hydrogen and wind energy goals, as quoted by Green Tech Media.