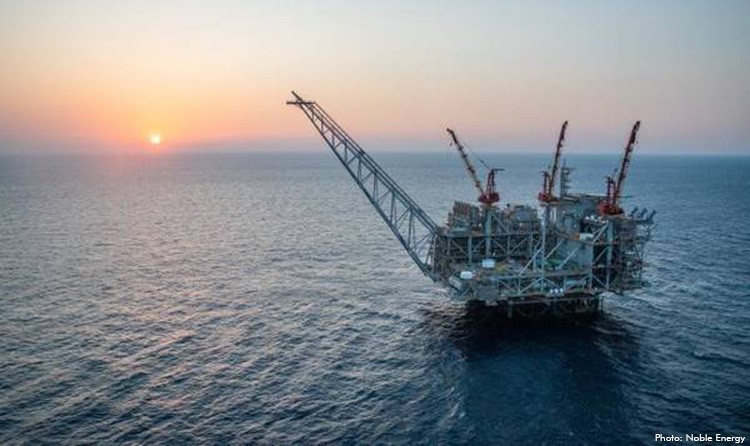 Up to thousands of jobs reliant on the offshore gas industry could be lost in East Anglia as the dire economic fallout from the coronavirus crisis hits the sector, an expert predicts.

Simon Gray, chief executive of the East of England Energy Group (EEEG), said a huge contraction in the oil and gas sector was “hitting hard” in East Anglia - although Aberdeenshire, which is home to the UK’s offshore oil industry, will bear the brunt.

Crew numbers directly involved in servicing East Anglia’s unmanned offshore platforms for undersea gas pockets in the southern North Sea – which produces about a third of the UK’s gas needs supplying East Anglia, the Midlands and London and the South-East – are small and multinational. But there were many more in the supply chain, he said.

The number of workers on UK offshore oil and gas installations plummeted by around 4,000 as the UK went into lockdown. The sector also faces a second challenge from lower oil and gas prices, industry lobby group Oil & Gas UK (OGUK) said in its recently-published Workforce Insight 2020 report.

Overall, OGUK estimates there could be as many as 30,000 jobs lost from the sector as non-essential work is deferred and projects face the threat of cancellation. A chunk of these will be in East Anglia, said Mr Gray. “It’s really tough going,” he added.

OGUK’s figures for residential locations for the sector’s offshore workers show a concentration in East Anglia of 1,300 to 2,900 people. Because of the nature of the industry, these can work around the world. They are involved in a host of activities from catering and technical to maintenance and rigging work.

“We continue to see some very worrying signs for employment in the sector, with the uptake of furlough and continued suppression of global energy demand impacting our industry like many others in the wider economy,” said OGUK skills boss Dr Alix Thom.

Mr Gray said the sector here had made some “pretty big” transitions to the renewable energy sector as huge wind farms take shape off the East Anglian coast. But there was still a gap between more jobs in that sector becoming available, he added.

“Much of our marine industry and local supply chain have moved into these sectors,” he said. “While there is huge growth in these areas there is a little bit of a lull while we wait for the next rounds of construction projects such as the East Anglian Hub and Vattenfall’s Boreas and Vanguard developments.”

The southern North Sea is home to more than 100 gas fields and around 150 NUI (Normally Unmanned Installation) platforms. As the price of energy has fallen, flying visits using rig helipads have been replaced by maintenance crews docking sea vessels at platforms. Many rigs have been or are being decommissioned – a process involving “well plugging and abandonment” in which the UK is strong and which takes up about half the cost.

There could be scope to use some of the decommissioned rigs to create hydrogen – a “green” energy, said Mr Gray. The technology needs to be developed but this could potentially be extracted from sea water using electrolysis powered from East Anglia’s offshore wind turbines then piped in using the existing gas pipe infrastructure via Bacton. At the moment only a small amount of hydrogen can be mixed with natural gas to go into the grid, said Mr Gray.

But while permissions are sought for more wind farms and low carbon technologies developed, there will be many job losses, he predicted.

“As we see the end of the furlough scheme we will see a lot of people in the oil and gas industry losing their jobs. What we need to do is to transition them.

“We are talking many hundreds – probably getting into thousands (of jobs) in East Anglia,” he said. “It’s awful.”

But on the upside, offshore wind would need to quadruple over the next few years as the UK moves towards a low carbon economy, he added.

“From an industry point of view we want these solutions to come about as quickly as possible,” he said.