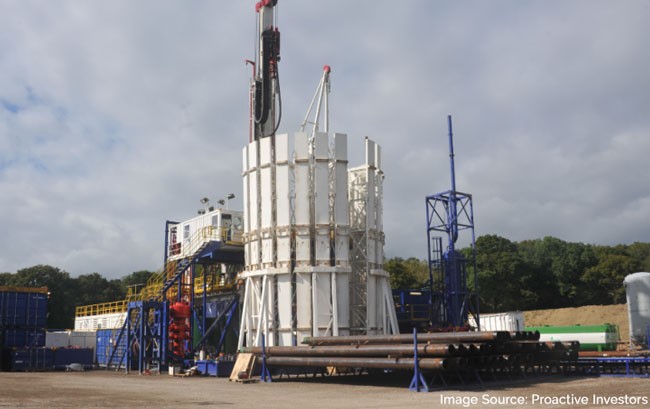 Alba Mineral Resources PLC and UK Oil & Gas PLC on Thursday said test production at the Horse Hill project in southern England has been switched to the deeper Kimmeridge oil pool from the Portland pool.

UKOG has a 51% majority interest in Horse Hill, located in the UK Weald Basin, while Alba holds 12%.

Test production was switched to the deeper Kimmeridge oil pool as part of preparations for the start of a Portland drilling campaign in the late summer.

From July 6 until the start of August, the phase 2 Kimmeridge tests has produced an additional 5,524 barrels of dry Brent-quality oil, Alba said, taking total test production from Portland and Kimmeridge to 60,186 barrels.

Oil flow at Kimmeridge was re-established with stable production of dry oil at 200 to 266 barrels per day.

UKOG Chief Executive Stephen Sanderson said: "The resumption of Kimmeridge oil flow at more stable rates than previously seen is welcome news for the Kimmeridge's commercial future and further justifies the decision to conduct simultaneous Portland drilling and HH-1 Kimmeridge test production at the site. The successful production switch from Portland to Kimmeridge now paves the way for the expected late summer arrival of the rig and the HH-2/2z Portland horizontal drilling and testing campaign.

"The test results to date also signify that after a year of production testing, the simple non-optimised vertical HH-1 well remains capable of continuous production from both Portland and Kimmeridge zones at an aggregate rate of 450 bopd. Consequently, as a result of the test's ongoing success, in the opinion of the directors, the future potential for significantly higher rates from the Portland HH-2z horizontal together with production from the underlying Kimmeridge therefore remains an even more tangible, imminent and exciting prospect."

Alba Chair George Frangeskides added: "We are pleased to receive this update regarding the successful resumption of Kimmeridge oil flow. This is very welcome news for Alba and its shareholders, and indicates that, as regards Horse Hill at least, the Weald Basin story continues to unfold very positively."