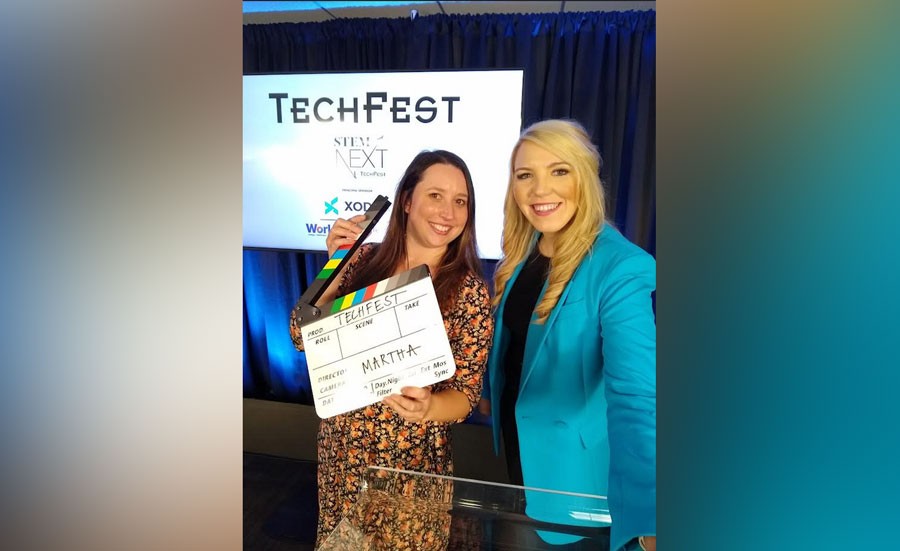 The winners of a new national STEM research and essay competition for senior school pupils have been announced at a virtual awards ceremony.

Around 90 pupils entered TechFest’s STEM Next competition, which aimed to bridge the skills gap between school, higher education and industry.

In a ceremony hosted by radio presenter Lauren Mitchell, prizes were awarded in three categories – medicine and life sciences; energy transition; and technology and computer sciences.

First prize in the medicine and life sciences category, which was supported by principal sponsor Xodus, went to Nawar Nusaima from Liverpool College. The panel of judges were impressed by her essay on potential cancer treatments.

The second prize went to Jasmine Kieran-Eimadu from Robert Gordon’s College in Aberdeen, with Jodie Tang from Monmouth School for Girls in Wales taking third place.

Sponsored by Worley, the first place in the energy transition category went to Angus Ivory, a pupil at George Heriot’s School in Edinburgh, who wrote about renewable energy.

The technology and computer sciences category, supported by TechnipFMC, was won by Henry Jaspars from Robert Gordon’s College for his essay on the use of data cryptography.

In second place was Paul van den Beukel from Inverurie Academy and in third place was Jack Chambers, also from Robert Gordon’s College.

All the finalists received prizes of Amazon vouchers.

Each of the pupils was tasked with conducting in depth research before submitting an essay for only one category, with participants urged to get feedback from their peers and teachers before their final submission.

External industry professionals were also interviewed as part of the pupils’ research.

Dr Martha Gavan, education manager at TechFest, said the skills developed as part of the competition would help pupils with UCAS applications for universities.

“We were blown away by the extremely high standard of the essays, which covered a wide range of topics from potential cures for cancer to renewable energy. The winning pupils had clearly spent a huge amount of time considering their subject and gathering the best research and interviews before writing their final piece of work, and the judges were incredibly impressed.

“STEM Next was developed following feedback from both students and teachers, who were longing for more industry experience to bolster their UCAS applications and prepare them for the world of work.

“The diverse range of subjects offered the students the chance to explore their interests and bring new ideas to the table and we hope they will take forward the skills they have learned as they move through their chosen career path.”

She added: “Congratulations to all the winners and well done to everyone who submitted an essay.”

Global energy consultancy Xodus was principal sponsor of the competition.

Regional director Andrew Wylie said: “It’s so important for us to engage with young people and bring them on our journey, collaborating with pupils at school and college as they bring such and enthusiasm as well as lots of new ideas for the future.

“We are passionate about inspiring talent and promoting STEM subjects to the next generation, particularly in environmental and engineering disciplines as that is a fundamental part of what we do, and we have our own STEM ambassador programme to help encourage and mentor young minds. It has been fantastic to be involved with the essay competition.

“We were hugely impressed by all the young people who took part in the STEM Next competition and the standard was amazingly high. We add our congratulations to all the winners and I’m sure they have very bright futures ahead of them in whatever field of study they choose to pursue.”

Alongside a year-round programme of STEM education events, TechFest runs Aberdeen and North-east Scotland’s annual festival of STEM. This year’s festival is digital for the second year, offering a wide range of talks and presentations until December 1.

With an exciting and eclectic mix of more than 20 events, the festival programme includes both live and on demand events delivered via Zoom, Facebook and through interactive activities.

The highly popular family days will also return on demand, jam packed with fun and STEM-inspired activities which the whole family can enjoy at home at a time that suits them.

Admission to all events is free. For more information and to book, visit the TechFest website at www.techfestsetpoint.org.uk