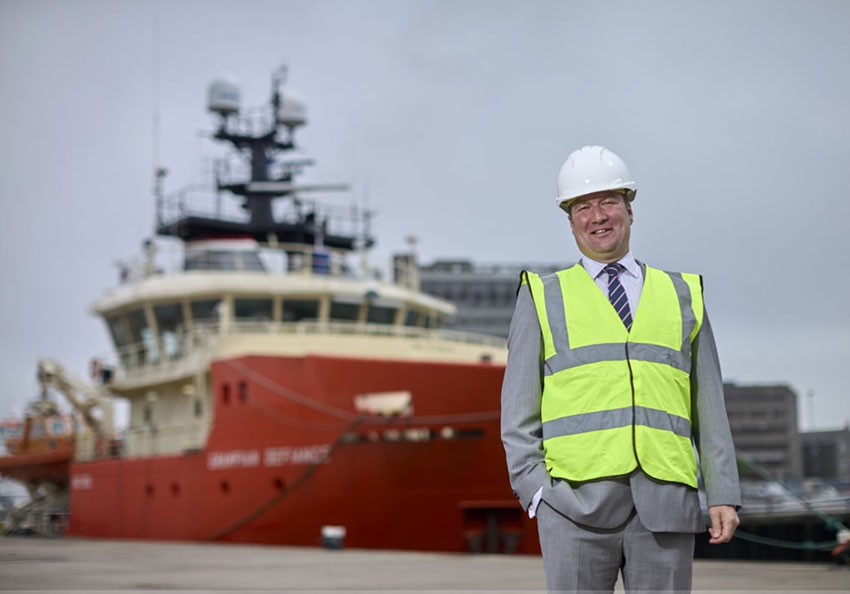 The world’s first hybrid daughter craft vessels designed to support the offshore wind market are to be built in the UK through a new multi-million pound deal.

Aberdeen headquartered North Star Renewables has confirmed that the contract for its game-changing fleet design, developed in collaboration with Southampton based naval architects Chartwell Marine, will be awarded to a UK shipyard in September.

The initial contract for two newly designed hybrid vessels will be built to complement North Star’s growing service offshore vessel (SOV) fleet and will be delivered in 2022 and 2023. The hull form, equipment selection, innovation features and comfort are all focused specifically to suit the demands of offshore wind operations.

Daughter craft are used by the offshore wind industry to safely transfer technicians between the in-field SOV, where they live while working offshore, to the wind turbines to undertake routine or remedial maintenance. They are also used to support trips to shore and making deliveries in-field.

In addition, daughter craft also provide essential emergency safety and rescue cover. This is a core 24/7 service that North Star has been delivering to the oil and gas sector in the North Sea for the past 40 years. The firm, which employs 1,400 personnel across the UK (including 140 deck and engineering cadets enrolled in its three-year training programme), has the world’s largest daughter rescue fleet, with 63 vessels on its books, often operating twin daughter crafts from a single vessel. It also has the largest wholly owned British fleet providing infrastructure support and currently services more than 60 locations and mobile installations in the North Sea.

Over the last two years, North Star’s teams in Newcastle, Lowestoft and Aberdeen, have worked in close partnership with Chartwell Marine to produce a world-class high performance, comfortable and sustainable daughter craft vessel design. It introduces hybrid propulsion into the daughter craft market for the first time, whilst setting a new standard for safe operations with an increased sea state operability at wave heights of up to 1.7m Hs – 33% higher than anything else currently available. The vessel also carries green technologies to reduce carbon emissions, configured for further improvements in green technologies as the sector evolves.

The firm’s Renewables Director, Andrew Duncan, said: “The UK has the world’s largest offshore wind market backed by an experienced and innovative supply chain. We are committed to providing local content opportunities where possible, through direct and indirect employment, partnerships and supply chain - our annual spend is tens of millions of pounds.

“Our relationship and collaboration with Chartwell Marine has ensured that we are bringing a transformational daughter craft design to the industry, using the latest available technologies to increase safety, performance, reliability, comfort and reduce emissions.

“This is an exciting period for our business, as we continue on this journey with Chartwell Marine towards becoming the first SOV operator in the world with a fleet of hybrid daughter craft built right here in the UK.”

Speaking on the partnership, Andy Page, Managing Director, Chartwell Marine, said: “We’re pleased to progress the next stages of the daughter craft design with North Star. The design builds on learnings from our low emission research & development project funded by the Carbon Trust’s Offshore Wind Accelerator, and, working with North Star, we have been able to develop an effective hybrid vessel that will live up to the demands of offshore wind operations.

“Above all, we aim to furnish the sector with vessel designs that are safe, cost-effective, and sustainable in equal measure - making the most of advances in propulsion technology, but also preserving the key ingredients that constitute effective performance for offshore wind developers and operators.”

Once the daughter craft are delivered, they will be operated by North Star’s experienced crew members. The company’s entire fleet is maintained in-house by its team of technicians based in Aberdeen and Lowestoft.