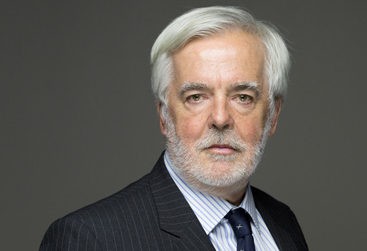 Wood has appointed industry veteran and current chair of fracking Cuadrilla and Premier Oil Roy Franklin as its next chairman.

Mr Franklin has an extensive oil and gas CV, having worked as an executive in the sector for more than 40 years.

He spent 18 years at BP, including as head of M&A at its exploration division and has run exploration group Clyde Petroleum and North Sea producer Palladin Resources. He currently holds a series of board positions, including as chairman of Premier and Cuadrilla and deputy chairman of Norway’s Equinor.

Mr Franklin also served as a director at Amec Foster Wheeler, which Wood acquired in 2017, cutting its oil and gas exposure from 85 to 60 per cent, and has been senior independent director of Wood since.

He will take up the role from September, succeeding Ian Marchant, who had previously indicated he planned to retire.

“I am delighted to have the opportunity to chair the Wood Board following Ian’s departure. Ian has provided an outstanding contribution to Wood during a period of transformational change for the business including, most recently, the acquisition of Amec Foster Wheeler,” Mr Franklin said.

In a separate announcement on Thursday, Wood said performance in the first quarter has been slightly better than last year, but that its full year outlook remained unchanged. The group expects revenue growth of around 5 per cent, with the majority of earnings coming in the second half of the year.

It also said on Thursday it had won a $1bn contract to provide engineering design services to the Sellafield nuclear reprocessing plant in Cumbria over the next 20 years.