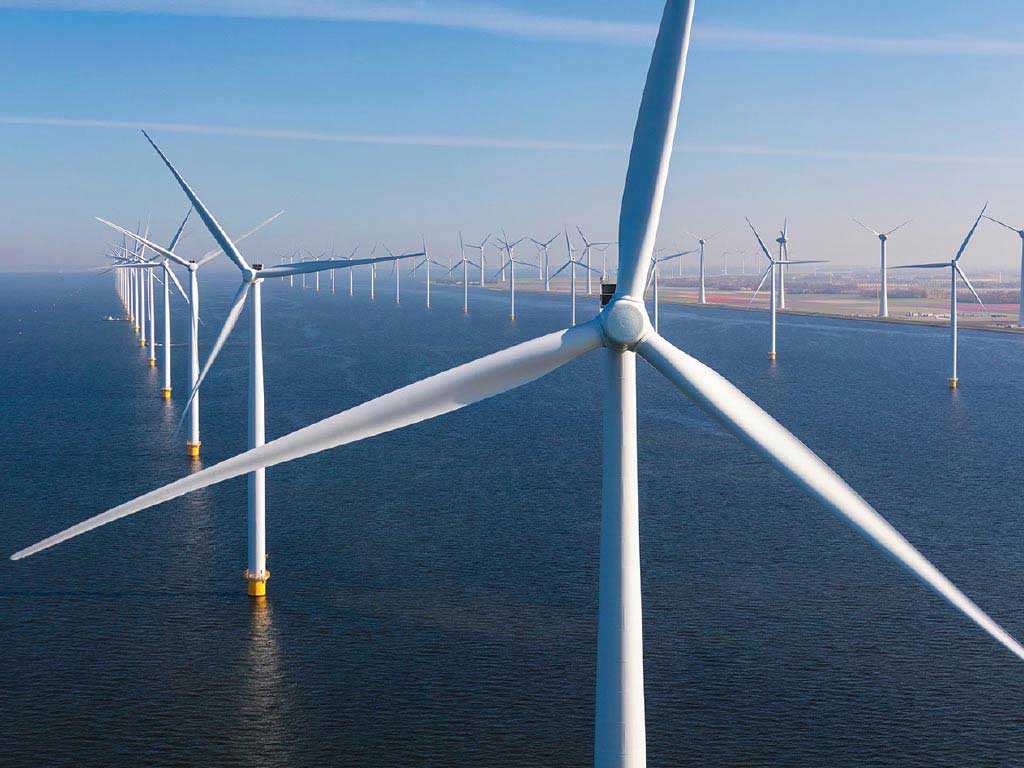 RenewableUK speaks to Net Zero Technology Centre about the challenges we need to overcome in our fight to achieve net zero targets.

In Scotland, people spend a lot of time talking about the weather. The wind blows a lot, which is a blessing in the face of climate change and the growing need for sustainability. If Scotland is to meet its net zero targets, then there is no time to waste when it comes to constructing its offshore wind infrastructure.

The power generated by offshore wind turbines will be crucial in the coming years and decades. The energy produced will be clean, green and economically significant, creating tens of thousands of new jobs and attracting billions in private investment. Scotland has already built one of the world's first floating offshore wind farms just off the coast of Aberdeenshire, and further developments are underway.

The British Energy Security Strategy, recently published by the UK Government in response to the conflict in Ukraine, sets a new ambition to propel the offshore wind industry forwards even faster. The Strategy also commits the government to significantly reducing approval times for new offshore wind farms from four years to one year. The Prime Minister, Boris Johnson, speaks in the document of "slashing our way through needless and repetitive red tape" to allow things to happen quickly.

He adds: "Energy companies tell me they can get an offshore wind turbine upright and generating in less than 24 hours, but that it can take as much as 10 years to secure the licences and permissions required."

The Strategy steps up the proposed pace of delivery from 40 gigawatts to 50GW by 2030, with up to 5GW coming from floating offshore wind. Floating wind is particularly important because it allows turbines to be located further from the shore, where the water is deeper, and the wind speeds are even higher, creating more potential for power generation.

There are challenges to increasing the pace of the rollout, but Scotland has determination and a long history of energy expertise, skills, partnership, and support from the Scottish and UK Governments to make it happen.

"This is very much about partnership", says Mary Thorogood, Government Relations, External Affairs and Communications Director at the Net Zero Technology Centre, which seeks to develop and deploy technology for an affordable net zero energy industry.

"We can't do this without industry, and it's about leveraging the funding and the knowledge from areas such as the oil and gas industry and the technology developers."

She admits that working towards 50GW by 2030 is a huge ambition. "We are well on our way there, but we need a delivery plan."

The challenges to achieving this 2030 target include finding suitable sites, speeding up the consenting process, and connecting to the grid faster. However, the industry believes it is possible.

“I’ve heard it called a national endeavour. We already have the working infrastructure, and that experience is crucial for the industry, developers and the supply chain.”

Meeting the 2030 target will result in more than enough wind energy to meet the Prime Minister’s target of powering every home in Britain. It will also mean that most of the country's electricity will come from wind.

The UK's track record in embracing wind energy is undisputed. More than 10GW of offshore wind are already operational. Scotland continues to develop in this area, with two of the largest offshore projects in the world, the 1075 megawatt Seagreen and the 950MW Moray East projects, both under construction in Scottish waters.

It is now more than a decade since the world's first 30MW deepwater floating wind farm, Hywind, was developed in Scotland. In addition, the 50MW Kincardine Offshore Wind Farm is now generating power. It is currently the largest floating wind array on the planet, but others are catching up fast.

The recent ScotWind leasing round awarded sites for 17 projects covering 7,000 square kilometres. Together, they have a potential generating capacity of 25 gigawatts, with 16 gigawatts expected to come from floating wind.

The First Minister, Nicola Sturgeon, has described the ScotWind auction as a "truly historic opportunity for Scotland's new net zero economy" and a "massive vote of confidence in Scotland."

The cost of offshore wind power has fallen dramatically in the past few years, and it is anticipated that it will remain one of the cheapest power sources. The investments made following the ScotWind leasing round will help reduce floating wind costs, but further investment is required. We need to drive this technology down the cost reduction curve and provide an actionable roadmap to ensure floating offshore is a cost-effective solution in the energy transition. We have seen this happen with fixed offshore wind. Floating wind is no different.

There is also a significant opportunity for the supply chain. With its legacy of pioneering and excellence in oil and gas, the North East of Scotland is at the forefront of technology development. Its decades of subsea expertise are supported by academics and researchers from world class institutions. The recent Scottish Offshore Wind Energy Council (SOWEC) Collaborative Framework Charter further supports the opportunities for strategic investment by coordinating discussions between offshore wind developers and Scottish ports.

As Mary Thorogood points out, there is also a significant opportunity for producing green hydrogen from wind power, very much a clean fuel of the future.

"Production is a technical process, but the electrolyser can produce hydrogen in the turbine or onshore. In each case, it's fundamentally the wind making the hydrogen.

"The huge opportunity for green hydrogen in Scotland lies in exporting, particularly to Europe. The Net Zero Technology Centre is working on the Hydrogen Backbone Project, funded by the Energy Transformation Fund, to look at hydrogen transport and the potential for using existing pipelines.

"We don't have all the answers yet, but we are looking to better understand just what we will need."