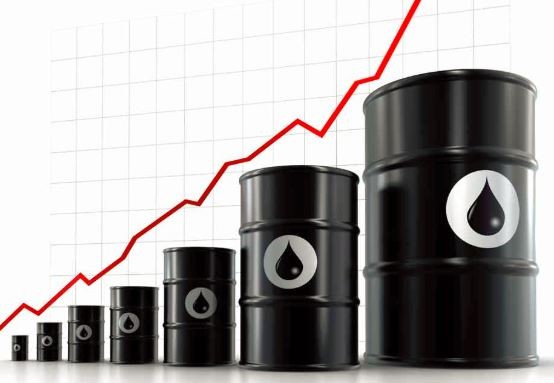 Oil prices could jump steeply to cross $120 per barrel in a not-to-be ruled out scenario of zero Iranian exports combined with Opec's lack of preparedness to offset the huge supply deficit, market analysts said.

Iran, the fourth-largest oil producer, accounts for five per cent of global oil supply and cutting its exports to zero could push oil up by $50 barrels per day (bpd) if Saudi cannot keep up, said analysts at BofA Merrill Lynch Global Research.

Oil is now a game of chicken. If the US administration were to order a complete cutoff of Iranian barrels before the end of the year, oil could surge to more than $120 a barrel, analysts argued.

Brent, the international benchmark, is currently trading at around $77 a barrel, up more than 25 per cent this year.

"We estimate that every million bpd shift in supply and demand balances would push the oil price by $17 bpd on average. So based on those assumptions, we estimate zero Iran exports could push oil up by $50 if Saudi Arabia caps out," BofA Merrill Lynch analysts said.

They argued that since Saudi Arabia had never pumped more than 10.6 million bpd, could it now increase production and make up for any missing Iranian volumes?

More recent history shows Saudi Arabia has never produced more than 10.6 million bpd on average over a single month. "And even in the recent period, we have observed a steep decline in domestic Saudi oil inventories.

"In this game of chicken, we expect someone will blink before that happens," they wrote. However, Opec and its allies are doing what they can to offset crude output shortfalls that have kept global supplies tight and prices high, but they don't want to overdo it, according to UAE Minister of Energy and Industry Suhail bin Mohammed Faraj Faris Al Mazrouei.

The minister said it is important to avoid bringing the market back to the kind of excessive supply that triggered the recent downturn.

"It's unfair to say that Opec is not doing its part," Al Mazrouei, who's also serving as president of Opec, said in a TV interview with Bloomberg BNN in Calgary.

"There are things outside of our hand, the geopolitics as well as how much production is coming from the shale oil and Canadian sands."

Iran's Opec governor Hossein Kazempour Ardebili was quoted in June as saying that oil prices could jump to $140 a barrel due to the US sanctions against the country and Venezuela.

The Iranian official also criticised a reported request that the United States made of Saudi Arabia to help stabilise oil prices in case the sanctions against Iran drives oil prices up.

MUFG Bank, a leading Japanese bank, said renewed geopolitical supply-side disruptions stemming from Canada, Iran, Libya, Venezuela and the US, raises the likelihood of oil trade interruptions and with it upside risks to oil prices in the near term.

So much can change in oil markets in the course of a few weeks.

"Putting an actual nominal level of geopolitical risk, supply crunch concerns as well as Opec plus compliance shirking into the current level of oil prices is challenging, but we view that at least an upside risk of Brent and WTI exceeding north of $85 and $80, respectively, in Q3 2018, depending on the magnitude of these disruptions and how they impact the overall supply-demand balance," Ehsan Khomas, head of Research and Strategist for Mena at MUFG, said.

Despite upside risks, analysts view that prices are in fact approaching the point where they are becoming a concern for consumers and also for producers.

"As such, we believe that a sustained period of Brent above $80 and $75 for WTI will lead to demand destruction becoming more likely, through a combination of enhanced efficiency and a slowdown in the global economy," analysts said.