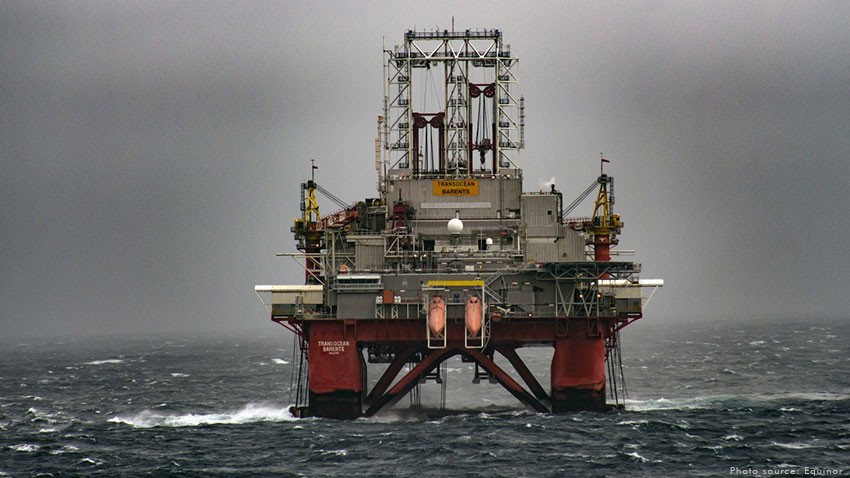 Norwegian oil and gas company Equinor has concluded the drilling of a wildcat well near the Ormen Lange field in the Norwegian Sea but failed to find hydrocarbons.

The wildcat well 6305/5-C-3 H is located in production licence 209 where Equinor is the operator with Petoro, Shell, and Vår Energi as partners.

The well was drilled about 137 kilometres west-northwest of Kristiansund in the Norwegian Sea.

As informed by the Norwegian Petroleum Directorate (NPD) on Wednesday, the objective of the well was to prove petroleum in reservoir rocks in the Lange Formation and the Lysing Formation in the Upper Cretaceous (Turonian and Coniacian Ages, respectively). The well encountered mainly siltstone with thin layers of sandstone and dolomite stringers in both formations.

Data acquisition has been carried out. Attempts to collect pressure data and sampling indicate that the formations have low permeability and are partly tight. The well is dry.

This was the sixth exploration well in production licence 209, awarded in the 15th licensing round.

Equinor drilled the well 6305/5-C-3 H to a vertical depth of 4320 metres below sea level and was terminated in the Shetland Group from the Turonian. The water depth at the site is 925 metres. The well has now been permanently plugged and abandoned.

The well was drilled by the Transocean Barents drilling rig, which will now continue in the same location to drill a production well 6305/5-C-3 AH.

While this was a dry well for Equinor, the Norwegian company has recently made a minor oil and gas discovery near its operated Johan Castberg field in the Barents Sea, using another Transocean-owned rig, the Transocean Enabler.

Equinor has also recently awarded a contract extension to the Transocean Spitsbergen rig with the firm part of the backlog worth about $181 million.