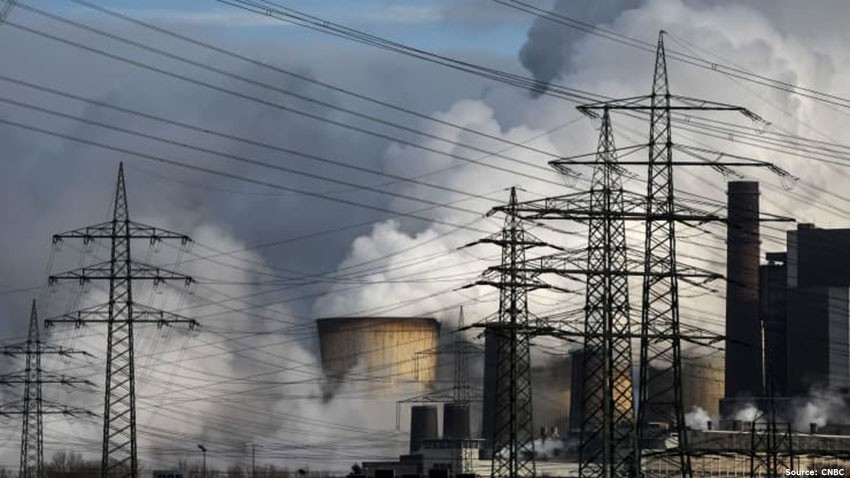 The world’s dependency on fossil fuels is likely to get even worse in the coming decades, exacerbating the risk of a climate catastrophe as world leaders and CEOs repeatedly tout their commitment to the so-called “energy transition.”

Policymakers are under intensifying pressure to deliver on promises made as part of the Paris Agreement ahead of this year’s COP26, due to be held in Glasgow, Scotland in early November.

Yet, even as politicians and business leaders publicly acknowledge the necessity of transitioning to a low-carbon society, hopes of limiting global warming — and meeting a crucial global target — are quickly deteriorating.

Almost 200 countries ratified the Paris climate accord at COP21, agreeing to pursue efforts to limit the planet’s temperature increase to 1.5 degrees Celsius above pre-industrial levels. It remains a key focus ahead of COP26, although some climate scientists now believe that hitting this target is already “virtually impossible.”

The Intergovernmental Panel on Climate Change has estimated that human-caused warming as a result of past and ongoing emissions is adding roughly 0.2 degrees Celsius to global average temperatures every decade. And, if this continues, the IPCC has forecast that warming is likely to hit 1.5 degrees Celsius between 2030 and 2052.

To keep it below this level, climate scientists have called for a 45% reduction in carbon dioxide emissions by 2030 compared to 2010 levels, before reaching net zero around 2050.

“It is absolutely the case that the transition is moving too slowly from the climate perspective, but what is important to recognize is that it is primarily a matter of political will and economic choices,” Carroll Muffett, chief executive at the non-profit Center for International Environmental Law, told CNBC via telephone.

U.K. Prime Minister Boris Johnson chairs a session of the UN Security Council on climate and security at the Foreign, Commonwealth and Development Office on February 23, 2021 in London, England.

The U.K. holds the security council’s rotating presidency and is the host nation of this year’s COP26 UN climate summit in Glasgow.

“It is not a matter of the absence of the technology or the inability to do it. If you actually look at what are the cheaper sources of the energy supply right now, it is not really even a matter of economics. It is much more about embedded power structures and continued support of dying industry,” he added.

One of the “very best examples” of this disconnect, Muffett said, is that some governments and companies’ net-zero strategies depend on increasing fossil fuel use “for decades to come.” These policies typically “rely heavily on unproven and potentially very hazardous carbon removal strategies to make that carbon dioxide magically disappear.”

“We are seeing that in the U.S., particularly in the context of proposed massive investment in carbon capture and storage,” Muffett added.

At present, Earth’s carbon dioxide levels are higher than at any time in the past 3.6 million years, according to research from the National Oceanic and Atmospheric Administration.

The findings, published last week, found that levels of CO2 and methane — the two most important greenhouse gases — continued their “unrelenting rise” last year despite a sharp economic slowdown caused by the coronavirus pandemic.

“Human activity is driving climate change,” said Colm Sweeney of NOAA’s Global Monitoring Laboratory. “If we want to mitigate the worst impacts, it’s going to take a deliberate focus on reducing fossil fuels emissions to near zero — and even then we’ll need to look for ways to further remove greenhouse gases from the atmosphere.”

The burning of fossil fuels such as oil, gas and coal releases large amounts of carbon dioxide into the air. Greenhouse gases trap heat in our atmosphere, causing global warming. The IPCC has found that emissions from fossil fuels and industry are the dominant cause of global heating, accounting for 89% of global CO2 emissions in 2018.

The U.S. Energy Information Administration has said it expects global carbon dioxide emissions from energy-related sources to continue to grow in the coming decades.

In 2019, the EIA projected that global energy-related CO2 emissions would rise 0.6% per year between 2018 through to 2050, with China set to retain its position as the world’s single largest emitter of energy-related CO2 throughout this period.

Clark Williams-Derry, energy finance analyst at IEEFA, a non-profit organization, described the so-called “energy transition” as “the process of shifting a 19th-century energy system into the 21st century.”

“There is a transition underway, but is it fast enough to prevent the worst ravages of climate change? Is it fast enough to relieve air quality concerns in developing world cities?” Williams-Derry said, citing dangerous levels of air pollution in countries such as India, China, Bangladesh and Vietnam, among others.

“We are anchored down by a legacy of choices, technologies and local economies that want to keep us back,” he continued. “It’s going to be a bumpy ride.”

The Intergovernmental Panel on Climate Change has recognized that the transition away from fossil fuels is a huge undertaking and will require “rapid, far-reaching and unprecedented changes” across all aspects of society. It also underscores the point that limiting global warming to 1.5 degrees Celsius “could go hand in hand with ensuring a more sustainable and equitable society,” with clear benefits to both humans and natural ecosystems.

However, a United Nations analysis published on Feb. 26 found that pledges made by countries around the world to curb greenhouse gas emissions were “very far” from the profound measures required to avoid the most devastating impacts of climate breakdown.

The UN’s latest report card on national climate action plans — sometimes referred to as Nationally Determined Contributions — included countries responsible for only about one-third of global emissions. That’s because just 75 of the 195 signatories to the Paris agreement submitted their NDCs for reducing emissions through to 2030 in time to be assessed.

The U.S., China and India, some of the world’s biggest emitters, are yet to formulate their respective NDCs.

In response, UN climate change executive secretary Patricia Espinosa has urged policymakers to “step up” ambitious plans to cut emissions this year. “If this task was urgent before, it’s crucial now.”