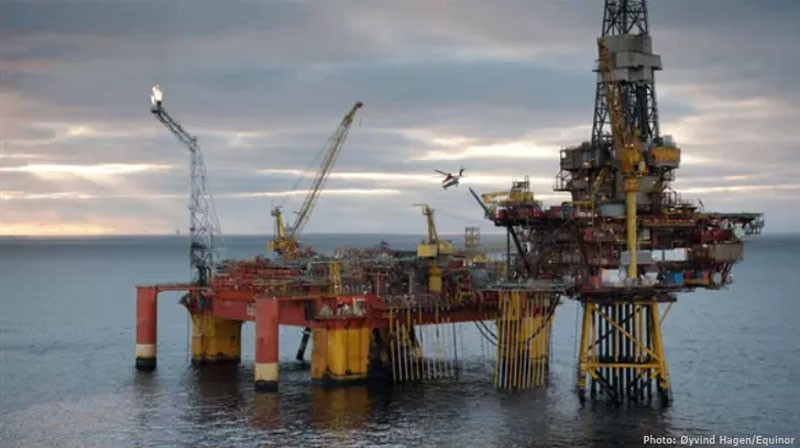 Plugging operations began last month in conjunction with the planned shutdown of the Veslefrikk field in the North Sea, Equinor reported Monday.

“Veslefrikk was a technologically pathbreaking development which has paved the way for new, lighter offshore structures after the era of concrete giants in the North Sea,” Geir Sørtveit, Equinor’s senior vice president for Operations West, observed in a written statement emailed to Rigzone.

Equinor Energy AS holds an 18-percent interest in Veslefrikk, which was discovered in 1981 and reached first oil in 1989 via a floating production unit – the first such development concept on the Norwegian continental shelf. Its partners in the license include Petoro AS (37 percent), Repsol Norge AS (OTCMKTS: REPYY) (27 percent) and Wintershall Dea Norge AS (18 percent).

According to Equinor, Veslefrikk’s production life has been extended several times and had been projected to shut down as early as 2009. The company stated that an environmental assessment has been conducted, adding that a field decommissioning plan was submitted to authorities in the fall of 2020.

“In recent years a formidable job has been done to increase the efficiency at Veslefrikk, extending the field’s productive life and maximizing value creation,” continued Sørtveit. “Once the field is shut down Veslefrikk will have produced more than 400 million barrels of oil equivalent.”

“As the biggest operator we have much infrastructure that must be gradually decommissioned on the Norwegian continental shelf,” remarked Camilla Salthe, Equinor’s senior vice president for FLX. “We have solid project capabilities in the area and have developed good plans for removing Veslefrikk in a safe and efficient manner.”

A total of 24 wells will be plugged from the Veslefrikk drilling system under existing framework contracts, Equinor stated. The firm pointed out that Archer holds the contract for rig operations and Baker and Ardyne will provide most of the other drilling and well services.

Equinor projects that Veslefrikk B will be towed to shore for dismantling in the fall of 2022. It also noted the Veslefrikk A is slated for removal in the 2025-2026 time frame. The company anticipates that three large contracts linked to removal work will be awarded during the first half of this year. The pending awards include:

“Priority number one for a successful removal project is having no injuries, serious incidents, or emissions to the environment,” stated Salthe.