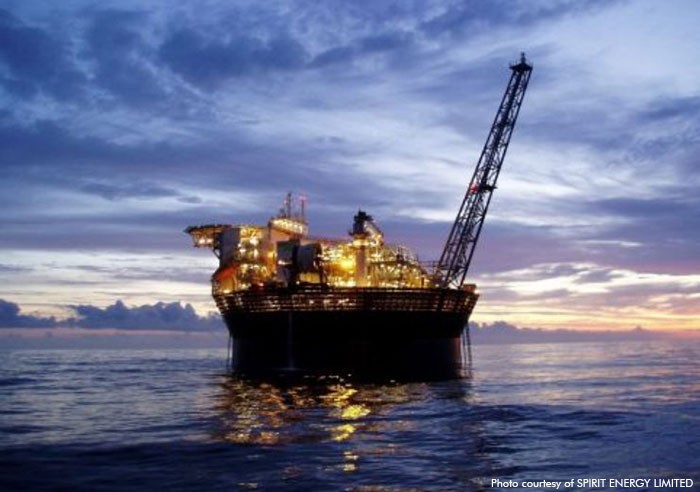 The well has accessed exposure to 2,500 feet in the conventional Portland oil reservoir. It has now been suspended as a future oil production well, starting with an extended well testing programme. It is expected that the production test will begin in early December.

Alba owns an 11.765% interest in Horse Hill Developments Limited (HHDL) which in turn has 65% of the Horse Hill project.

Another British onshore firm, Union Jack Oil PLC raised £5mln in a share placing as the company seeks to focus attention on its flagship West Newton project. In the equity fundraise, arranged by broker SP Angel, the company is selling 3.3bn new shares at a price of 0.15p each.

The proceeds are earmarked for West Newton which Union Jack describes as a “highly accretive project”.

Specifically, the company envisages drilling and testing two additional appraisal wells and the acquisition and reprocessing of new seismic data. Funds will also be used to drill an anticipated side-track well at Biscathorpe and to provide additional working capital.

Longboat earlier this week confirmed its £10mln IPO received strong institutional support, with some £9.2mln of the new equity taken up in the City. The other £800,000 of shares were bought by the company’s founding shareholders. The IPO shares were priced at 100p each.

North Sea explorer and field developer i3 Energy Plc had a brace of announcements alongside which chief executive Majid Shafiq joined Proactive’s Andrew Scott, in our London studio.

The company, in a stock market statement, said that the well encountered the Valhall shale as planned and cut around 220 feet of sand in the Captain reservoir, of which 20 feet had indications of oil and were above the expected oil-water-contact (OWC).

"We are pleased to have encountered a thick Captain sand at this location including oil indications in the upper Captain sand above the oil water contact,” said Majid Shafiq, i3 chief executive. “Initial interpretation is that the sand thickness above the OWC is lower than anticipated. Definitive results will be determined and the market updated in due course," he added.

Brendan Long, analyst at WH Ireland, in a note said: “The indicated 20 feet is consistent with the oil column of the Liberator discovery well (drilled in 2013) and we had expected materially more oil column from the A2 appraisal well, which targeted a structural high.”

Two days later, the company revealed it would be turning the pages of its drilling plans, lining up a new multi-well campaign in the North Sea.

The explorer, in a stock market statement, confirmed the completion of the three-well 2019 drill programme within budget and without any safety, environmental or health issues. Looking ahead, it is now planning a summertime appraisal of the Serenity discovery and the Liberator West area.

The aim will be to de-risk a considerable portion of the 600mln barrels of potential oil in place previously identified in the structures, the company explained.

Bahamas Petroleum Company PLC said it is on-track to start drilling on-schedule as it updated on two key developments ‘in-country’. In a stock market statement, the exploration company highlighted that a new Bahamian-domiciled mutual fund is to be established to exclusively hold shares in Bahamas Petroleum.

“BPC is seeking to assess the petroleum resources of The Bahamas, which in the event of a successful exploration campaign and thereafter development, could be transformational to the economy of The Bahamas, by adding significantly to the nation's revenue base over and above that from more traditional sources,” commented Simon Potter, BPC chief executive.

Potter added: “We at BPC have long believed that Bahamians should be able to invest in the company, and, in this way, have a 'direct ownership' interest in their own national resource.

Alaska-f0cused 88 Energy Ltd told investors it has finalised its farm-out deal with Premier Oil PLC and said that plans for the Charlie-1 appraisal well have now been approved by the new partners.

“The plan of operations is one of the key major permits required for drilling,” the company said in a statement. “The final major permit is scheduled for submission in December, with approval expected in January ahead of the scheduled February spud date.”

88 Energy added that all other contracting and logistical work is proceeding as planned, ahead of the anticipated February 2020 spud.

Providence will now retain an 80% interest in FEL 2/19 and it will now be the operator of the project.

“We are obviously sad to see TOTAL withdraw from the Irish sector in general and Avalon specifically as they have been an excellent partner over the past few years,” Tony O’Reilly Jr, Providence chief executive said in a statement.