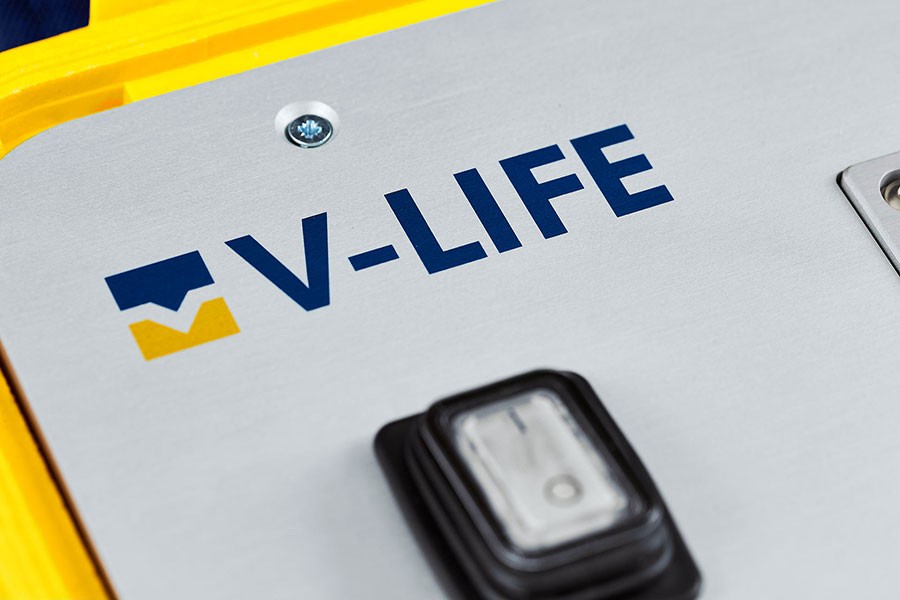 Discover how V-LIFE was used to keep the lights on in East Java by recovering a failed gas field electrical system with an 18-month replacement umbilical lead time. A more in depth description can be found in our extensive case study PDF here.

The Terang, Batur, and East and West Sirasun (TSB) gas reservoirs are located approximately 100km north of Bali in water depths ranging from 90 to 230m. Collectively, the reserves amount to 1 Trillion Cubic Feet (TCF) of recoverable gas (mostly methane), which is equivalent to 170 million barrels of oil. Terang started producing in 2012, and in the first eight months of operation alone, production reached a total of 10 million barrels, with daily gas production averaging 240 million cubic feet (approximately 40 thousand barrels of oil equivalent per day). In order to maintain production volume in the block for the long term, the Sirasun and Batur gas fields were developed as “TSB Phase 2,” with production commencing in March 2019. Sirasun and Batur together add approximately 180 million cubic feet per day of natural gas production.

The produced natural gas is gathered in a Floating Production Unit (FPU) and transported through the 28” East Java Gas Pipeline (EJGP). At 370km in length, the pipeline runs past the Kangean Islands, through the Madura Strait, and onshore to Surabaya (Indonesia’s second-largest city). The gas from the field contributes to the stable natural gas supply to consumers in East Java. The two main clients for the gas are PLN (PT Perusahaan Listrik Negara)–the State Electricity Company, and PGN (Perusahaan Gas Negara) the State-run gas distributor. Some of PGN’s biggest clients for the gas are fertiliser factories in the outlying area of Surabaya. As well as the steady supply of energy to these clients, gas production from the field is critical to the region’s economic growth.

East Java covers an area of almost 48,000km2 and has a population of about 40 million. The geographical area of East Java constitutes only 2.5% of Indonesia, but it accounts for 20% of the country’s population and 20% of the country’s economic activity. The criticality of the gas supply from the TSB fields is immense for the province and the country as a whole. The vast majority of the gas produced is used as fuel by the region’s gas-fired power stations and indirectly accounts for 50% of the region’s power generation.

Reduced gas supplies for generation can only be partly compensated for through modifying the fuel mix, such as at the gas and coal-fired power plant in Gresik and by increasing outputs from older coal and oil-fired stations, all of which has a hugely detrimental impact on the carbon footprint of the generation.

Viper was initially contacted by KEI in February 2016. They had lost control and monitoring of the Terang subsea wells due to low Insulation Resistance (IR) and a subsequent power trip at the Electrical Power Unit (EPU).

The Subsea Control System was designed to be ‘fail as is’ on the loss of electrical power; this meant that all subsea actuators, and therefore valves, remained in the same state as when power and communications were lost. On the upside, this meant that gas production continued, but if there were to be a loss of hydraulic power or an Emergency Shutdown, then gas production would stop, and the field could not be restarted. Lights would go out in East Java!

KEI undertook a subsea intervention to try and identify the fault. The intervention indicated that there was an umbilical and/or UTA (Umbilical Termination Assembly) issue. Having gone out for a quote for a replacement, a lead time of 18 months meant that KEI were in an untenable position in terms of the surety of gas production.

Subsea interventions are not always feasible as they require meticulous planning and can be dangerous to perform.

KEI contacted Viper to inquire whether V-LIFE technology could be a potential solution to their predicament. Following a quick assessment by Viper, both parties moved to get a contract in place. Terms and Conditions were agreed, and the interface engineering was completed all within six weeks of the initial contact.

The hardware was dispatched from stock from the UK to Indonesia, and a Viper engineer was mobilised to arrive at the same time as the hardware. Within two shifts offshore, the V-LIM was installed in the EPU rack, and V-LIFE was enabled on the second shift. The IR failure reacted quickly to the application of V-LIFE, and KEI had full control and monitoring capability returned after two hours of V-LIFE commencing. The Insulation Resistance increased from 170kΩ to 63MΩ within 4 hours and then reached 1GΩ within a day. Further V-LIM and V-LIFE installations recovered each failed channel.

The KEI TSB case study is an example of where V-LIFE has been used to recover and extend the life of a failed electrical system – with a significant benefit to the client. Martin Ongkosutjahjo, Aries Bambang, S Darmansyah, and Ahmad Bunyamin, wrote a paper on this failure and the success of V-LIFE on behalf of KEI, which was presented at the Indonesian Petroleum Association Conference on 17-19 May, 2017 in Jakarta. More detail can be found in our extensive case study PDF here.

Installing V-LIMs in advance of any issue will provide an immediate option for activating V-LIFE if a problem arises. Visit viperinnovations.com to find out more.