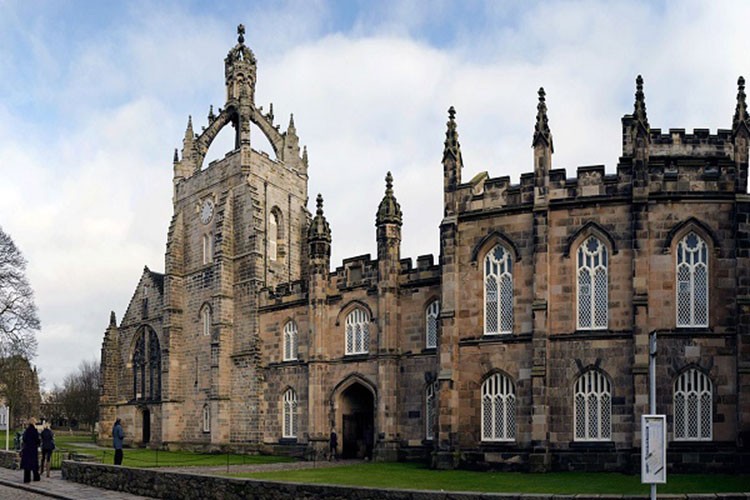 The University of Aberdeen’s School of Engineering has been awarded £220,000 in funding from the UK Government for a project that aims to create a new process to obtain hydrogen from organic waste as part of the energy transition.

The funding, from the Net Zero Innovation Portfolio (NZIP) under the Department of Business, Energy and Industrial Strategy (BEIS), will enable research that could see the organic matter in food waste, manure, wastewaters and other biodegradable wastes converted to hydrogen and used to power homes and businesses on a commercial scale.

Led by Professor Davide Dionisi from the School of Engineering, the project involves several leading academics, including from the University’s Department of Chemistry. The team also includes Cranfield University in England and the University of Verona in Italy as partners.  The project will use a sequence of biological, thermochemical and electrochemical stages to maximise the conversion of organic matter into hydrogen.

Professor Dionisi, who is a renowned specialist in biomass research, commented: “Hydrogen is a key energy vector in the energy transition, and generating hydrogen from organic waste would achieve the combined benefits of reducing environmental pollution and of generating green sustainable energy.

“So far there is no commercial process that produces hydrogen from organic waste, but our proposed process combines waste treatment with energy generation and can be entirely powered from renewable electricity, thereby providing a more sustainable alternative to other processes for hydrogen production from non-renewable and renewable resources.”

By scaling up and integrating these four stages, the researchers aim to maximise the hydrogen yield from organic waste.

Professor Dionisi added: “I am delighted that our research has been recognised by the UK Government as being among the most promising in the UK in terms of delivering a sustainable hydrogen-producing process at a commercial scale.

“The project may move the proposed process closer to commercialisation, with the ultimate impact of reducing the energy consumption, land and water requirements of green hydrogen production in the UK and globally.”

“Accelerating home-grown renewables like biomass is a key part of ending our dependency on expensive and volatile fossil fuels. This £37 million of government investment will support innovation across the UK, boosting jobs whilst ensuring greater energy security for years to come.”