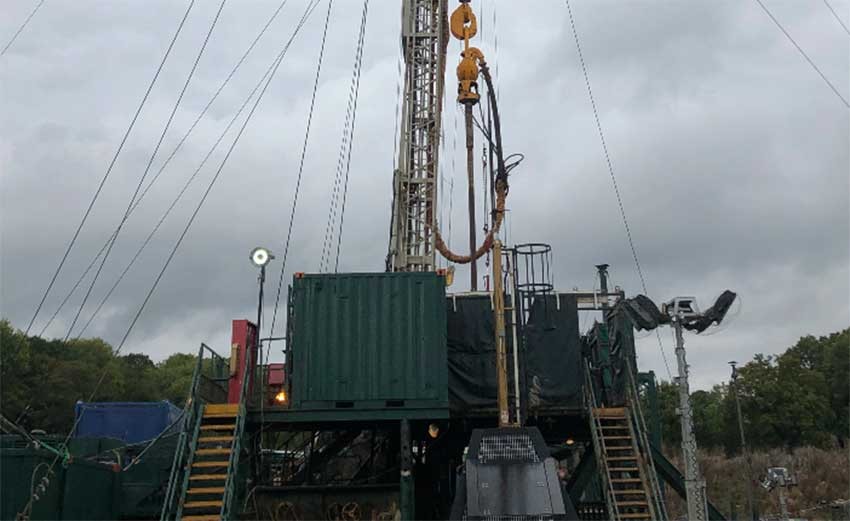 UK Oil & Gas plc said today it had delayed its capital expenditure programme because of the covid-19 outbreak.

“the Group has delayed its capital expenditure programme across its assets as the effects of Covid-19 have significantly constrained the supply of specialist oil sector services, equipment and civil engineering activities.”

It said it had been “actively reducing operating costs” at the Horse Hill oil site in Surrey.

“The timeliness of the exercise, given the Covid-19 emergency and the resultant falling oil price, has seen field operating costs reduce substantially.

“The cost reduction exercise will continue, with the aim of positioning the field to at least break even at current Brent prices.”

The company’s accounts, published this afternoon, revealed an increase in more than £1m in operating losses. Exploration and evaluation assets rose and current liabilities more than doubled.

The accounting period, for the year to September 2019, saw UKOG get planning consent for long-term production at Horse Hill and increase its stake in the licence by acquiring Magellan Petroleum’s shares. A field development plan for the Portland reservoir of the Horse Hill-1 (HH-1) well was also approved. The company raised £5.5m in two share placings and arranged a £5.5m loan.

The accounts acknowledged “substantial losses” made by the group. The operating loss rose to £4.79m, up from £3.76m in the year before.

There was a net decrease in cash of £5.54m and an increase in administrative costs, mainly because of increased wages and salaries.

But the accounts said costs could be reduced quickly if cash flows became constrained. They forecast that the group had “sufficient cash funds available to allow it to continue in business”.

UKOG said it had produced 96,000 barrels of oil from the Portland and Kimmeridge formations during well testing at Horse Hill.

It said it planned to submit further field development plans to the Oil & Gas Authority (OGA) for the HH-1 Kimmeridge reservoir and for the second well at the site, HH-2z.

The exploration phase of PEDL331, on the Isle of Wight, has been extended from July 2021 for two years.

The retention area work programme for PEDL234 in West Sussex and Surrey has been amended so that the deadline for the Loxley-1 well at Dunsfold, has been extended to 2021. A planning application for the proposed well site is currently before Surrey County Council.

An exploration well in PEDL143 in Surrey now does not need to be drilled until September 2022. The licence area, formerly called Holmwood, was renamed the A24 prospect when UKOG took over as operator from Europa. The accounts said “multiple potential new drilling sites outside the nearby [Surrey Hills] Area of Outstanding Natural Beauty are under evaluation.” No details were given of these sites.

The accounts said UKOG had signed leases for exploration sites at Godshill and Arreton. A planning application for the Arreton site was submitted earlier this month but will not be decided until the coronavirus outbreak has ended.

The company said it wanted to drill a vertical well at Arreton, followed by a horizontal sidetrack, if oil flows were “encouraging”.

Depending on the Arreton results, it may then drill, core and test a vertical pilot hole at Godshill, followed possibly by a horizontal sidetrack.

UKOG said it had also identified a potential oil field at Arreton East.

“Initial mapping shows this feature to be many times larger than both the Arreton oil discovery and Godshill prospect combined.”

“The Company meets and communicates regularly with local police to give operational updates.”

A hearing is due at the High Court on Thursday 2 April 2020 at which UKOG will seek to add more than 100 people to its injunction against protests at its sites. Five campaigners will ask for the injunction to be quashed.

Key numbers from the accounts

Revenues from the sale of oil produced as a by-product of the evaluation or “testing” phase of a well: £2.41m – offset against the cost of the intangible asset

Decrease in cash and cash equivalents: £6.89