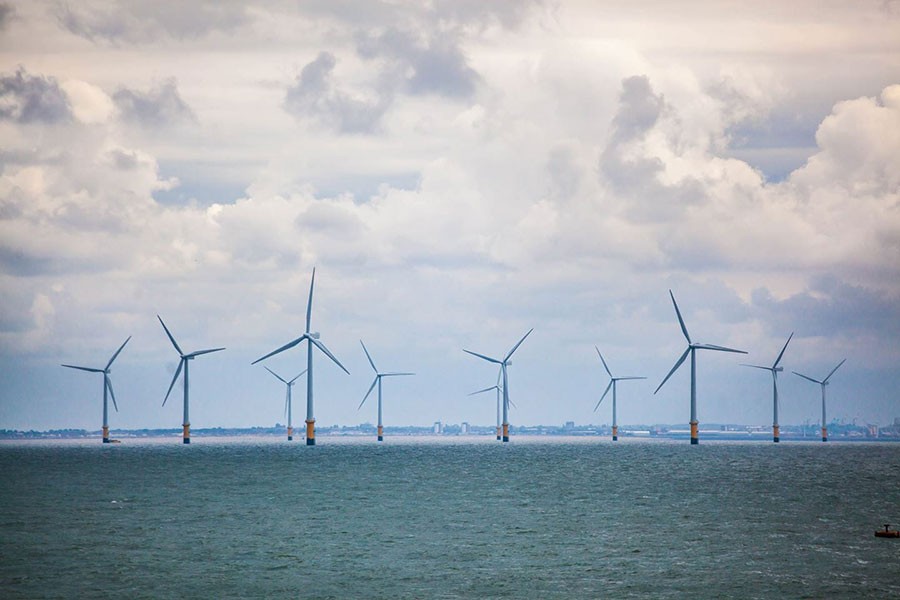 When the UK first began extracting oil and gas from the North Sea seabed in the 1970s, it was hoped that the resulting revenues could turbocharge a stagnating industrial economy into the modern age. However, that is not quite what happened: not only did sterling’s status as a “petro-pound” further damage industrial communities by inflating the currency and pushing up the prices of UK exports, but successive governments have failed to wisely invest oil tax receipts.

While Norway has built up a $1.3trn sovereign wealth fund with its North Sea oil revenues, which will help pay for an ageing population for decades to come, the UK has only ever spent its profits on cutting national borrowing and keeping down taxes. This allowed Margaret Thatcher’s chancellor, Nigel Lawson, to cut top rate tax from 60p to the pound to 40p during the 1980s oil boom years. But such an approach has failed to give anything to future generations.

There is now, however, a second chance for a UK North Sea energy boom. Oil production is in rapid and terminal decline, irrespective of any new extraction plans being put forward by the UK government. Future energy sovereignty and wealth will not come from fossil fuels, but from renewables, and the North Sea holds the majority of Europe’s offshore wind resources.

The UK is already the European leader for offshore wind and the sector is expected to grow considerably. Large offshore land leasing rounds by the Crown Estate and the Crown Estate Scotland have increased the UK offshore wind pipeline by 60 per cent in the past year, says industry group RenewableUK. The government recently announced its energy security strategy, which outlined an ambition for 50GW of wind power by 2030 – more than enough to power every home in the UK, and an indicator that yet more capacity is to be announced.

“The UK has been very successful in developing its offshore wind, and our projections show that the North Sea is likely to be more valuable to us with wind than it was with oil and gas,” said Gerry Grimstone, the government investment minister, at a recent wind industry conference in Bilbao, Spain. “That's an extraordinary statement to be able to make.”

“The UK has a third of Europe's wind resources, and at some point soon we will begin to make serious money out of this,” says Alastair Dutton from the Global Wind Energy Council. “My calculations reckon it will be the sort of scale that we had in oil and gas in the 1970s and 1980s.”

How will the UK make its money from wind? The country’s position as a global industry leader means that technology and skills represent a large export opportunity. An estimated 37 countries bought offshore goods and services from 47 UK companies in 2018 and 2019, says RenewableUK, and exports of offshore products – such as lighting systems, turbines and power cables – are expected to become a multi-billion pound enterprise by the end of the decade. Data from GlobalData suggests that the 18 countries that produce offshore wind power today will be joined by another 17 by 2030, presenting further export opportunities for UK businesses.

Significantly, this could present the UK with the opportunity to export electricity to mainland Europe via undersea cables. These interconnectors allow countries with the cheapest wholesale electricity to sell power to other countries, creating more favourable rates for consumers. The UK has seven interconnectors, with a further seven on the way.

“The government’s target is 50GW of offshore wind by 2030, which represents an enormous increase in generation. There will be many periods when the output of these windfarms outstrips the UK’s demand,” explains John Greasley, from National Grid Ventures, a company leading the development of interconnectors in the UK. “When we hit, and later exceed, that target, the export opportunity for the UK to its neighbours will be massive.”