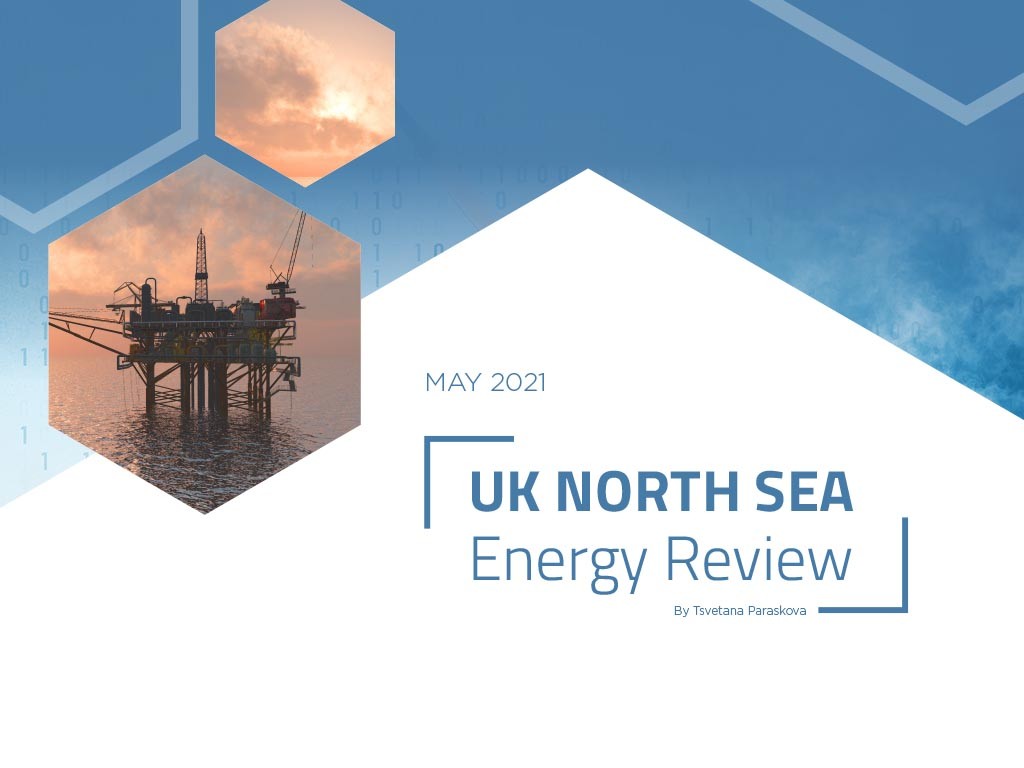 The North Sea Transition Deal and its implications on the oil and gas sector was this past month’s highlight of the UK North Sea industry, which also saw production and development updates and a flurry of new services contracts.

The UK Government said at the end of March that a landmark North Sea Transition Deal was reached with industry—a deal to support the oil and gas industry’s transition to clean, green energy, while supporting 40,000 jobs.

The key commitments in the Deal include the sector setting early targets to reduce emissions by 10% by 2025 and 25% by 2027, while it has committed to cut emissions by 50% by 2030. The agreement is expected to see joint government and oil and gas sector investment of up to £16 billion by 2030 to reduce carbon emissions. This includes up to £3 billion to replace fossil fuel-based power supplies on oil and gas platforms with renewable energy, up to £3 billion on Carbon Capture Usage and Storage, and up to £10 billion for hydrogen production.

“We will not leave oil and gas workers behind in the United Kingdom’s irreversible shift away from fossil fuels. Through this landmark sector deal, we will harness the skills, capabilities and pent-up private investment potential of the oil and gas sector to power the green industrial revolution, turning its focus to the next-generation clean technologies the UK needs to support a green economy,” Business and Energy Secretary Kwasi Kwarteng said.

“The North Sea Transition Deal is a transformative partnership which will harness the expertise of the UK offshore oil and gas industry to urgently meet the country’s climate ambitions of net zero emissions by 2050,” said Deirdre Michie, Chief Executive of the offshore industry organisation, OGUK, whose more than 400 members support the deal.

“It will unlock billions of pounds of investment and see government and industry work together to deliver a homegrown energy transition, realising innovative low carbon solutions that can be exported globally,” Michie added.

Dr. Andy Samuel, Oil and Gas Authority's Chief Executive, also welcomed the North Sea Transition Deal and how the oil and gas industry can play its part in tackling the climate emergency.

“The deal, and the commitment to climate-compatible future licensing rounds, should provide confidence for investors along with the many thousands of people whose livelihoods depend on the North Sea,” Samuel said.

In deals and field development updates, the UK subsea and electronics organisations, Subsea UK and TechWorks, have signed an agreement to promote collaboration on critical and valuable areas in the development of underwater technology, helping to increase exports and create new jobs.

“In essence, working together, we can learn from and collaborate with the electronics industry to develop new advanced technologies for underwater operations,” Neil Gordon, chief executive of Subsea UK, said.
bp said in mid-April it had suspended production from the Foinaven fields off Shetland so the Petrojarl Foinaven floating, production, storage and offload (FPSO) vessel used for production could be removed from operation.

“Retiring the long-serving FPSO is now the safest and most economical option at this point. It also provides an opportunity to set the fields up for safe, efficient and more sustainable oil and gas production in the future,” bp North Sea’s senior vice president Emeka Emembolu said in a statement carried by the BBC.

Neptune Energy awarded at the end of March a US$21.4-million contract to Borr Drilling, consolidating development, exploration, and P&A activities in the Dutch and UK sectors of the North Sea, and reducing costs and operational emissions.

The activities will be carried out by Borr Drilling’s new Prospector 1 jack-up rig which is equipped with technologies that reduce carbon and nitrogen emissions from its operations by up to 95%, Neptune Energy said.

Deltic Energy confirmed that it and its joint venture partner Shell decided to drill the high impact Pensacola Prospect on Licence P2252 in the UK Southern North Sea. Shell, as operator, expects the well to be drilled in May 2022 and this timing allows the JV to take advantage of a drilling unit that will be contracted by Shell as part of a multi-well drilling campaign which in turn brings advantageous day rates and operational efficiencies for the joint venture.

Aker BP UK, a newly-established subsidiary of Aker BP in Norway, has entered into an agreement with Eni UK to take over a 50% interest in licence P2511 in the UK part of the greater Alvheim area. Eni UK will remain operator, Aker BP said. The licence is located to the borderline of the Norwegian continental shelf.

Aker BP, as operator, has several discoveries in the Alvheim area on the Norwegian side, following a successful exploration campaign in 2019.

Parkmead, an independent energy group focused on growth through gas, oil and renewable energy projects, said it had agreed in principle to become operator of the Platypus gas project, subject to further regulatory approval. Parkmead is also actively evaluating further acquisition opportunities in each of its areas of activity – renewables, gas, and oil, the company said.

i3 Energy has allocated £1.16 million in relation to its planned maiden dividend for Q1 2021, noting that the company can only pay a dividend out of distributable profits and i3 currently has retained losses.
In addition, “In the UK, negotiations with counterparties for a farm-out of Serenity appraisal drilling continue to be advanced,” i3 Energy plc CEO, Majid Shafiq said.

Wood is extending its 12-year relationship with TAQA following the award of a new contract to provide integrated facility services across the company’s North Sea assets. With the award of a five-year Integrated Facilities Services agreement, Wood will focus on supporting TAQA’s operations across the Cormorant Alpha, North Cormorant, Eider Alpha, Harding, Tern Alpha, Brae Alpha, and East Brae assets.

Tailwind Energy Ltd announced the acquisition of Decipher Energy Limited, which will allow Tailwind to continue to deploy its strategy of exploiting organic production and near-term reserves growth opportunities whilst building out the Tailwind portfolio. The transaction is subject to statutory regulatory and government approvals.

Independent Oil and Gas plc, a UK gas company targeting high returns via an infrastructure-led hub strategy, announced the spudding of the Elgood development well, 48/22c-H1. This is the first of five planned development wells in IOG’s Phase 1 project and is expected to take approximately three months to drill and complete, after which the rig will move on to Blythe in early Q3.

Pharis Energy Ltd announced on 12 April that it is changing its name to Orcadian Energy (CNS) Ltd. Orcadian is a reference to the Orkney Islands, which have long hosted the Flotta terminal, where the company could land some of the oil from its latest licence award in partnership with Parkmead.

Petrofac announced on 13 April the early award of a one-year extension to its Integrated Services contract with NEO Energy. The extension, awarded eight months ahead of the renewal date, takes Petrofac’s contract for operations, maintenance, engineering, and construction support for NEO Energy’s UK activities through to December 2022.

Serica Energy said in its 2020 results that it was preparing to drill the North Eigg gas prospect in 2022.

“This strong financial position, with no debt and considerable unutilised debt capacity allows us to prepare for drilling the North Eigg gas prospect next year as well as completing our existing projects this year, continuing investment in the BKR assets and pursuing further growth opportunities,” Chairman Tony Craven Walker said in a statement to shareholders.

Worley has been awarded a two-year contract extension to provide engineering, procurement and construction (EPC) services to CNOOC Petroleum's three operated assets in the North Sea, the Golden Eagle, Scott, and Buzzard platforms.

The York gas field in the Southern North Sea has been given another three years of life following a successful life extension project, owner Spirit Energy announced on 20 April. Located some 34 kilometres from the North East Yorkshire coastline, York started production in 2013 and was planned to produce until 2020. Now, production is extended until 2023/24, Spirit Energy said.