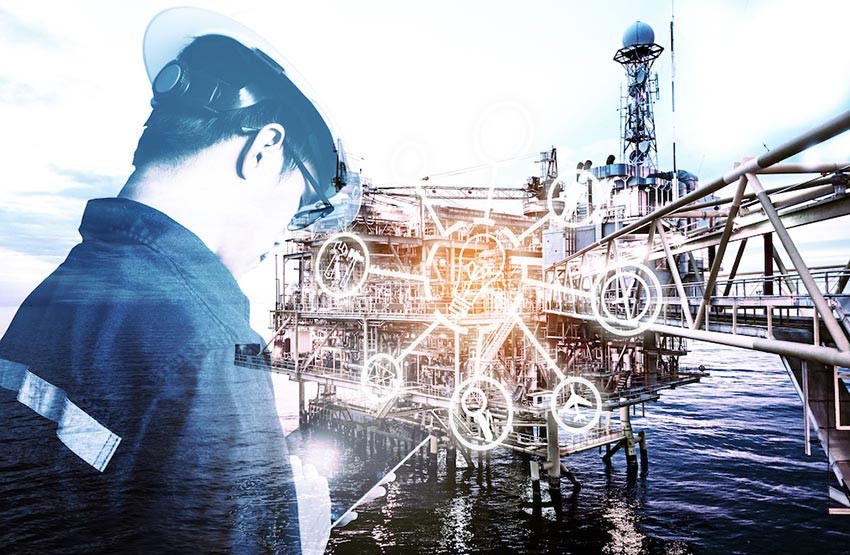 It was notable that in his response to Monday’s catastrophic IPCC report, Boris Johnson had extremely tough words when it came to the question of a fossil fuel that the world has relied on for more than 100 years.

It was time to consign coal to history, he said in a strong statement designed to show leadership ahead of the UK government hosting the now critical Cop26 climate summit.

Coming after the UN report made clear that a global reliance on fossil fuels must come to an end, the prime minister will have hoped that his comments pleased environmentalists.

And they will have done. But what many tell me they were just as interested in was a point that the Conservative leader didn’t make.

Johnson did not offer any similar, hard-hitting message on the question of the other two types of fossil fuels – oil and gas.

In fact, that morning I spoke to the business secretary, Kwasi Kwarteng, whose department is in charge of plans to reduce greenhouse gas emissions to net zero, and asked about possible permits to allow new drilling for oil and gas in the north sea.

He suggested that permits may well be allowed, arguing that new technologies (which I’ll come to) might allow the oil to be removed in a carbon neutral way.

“The thing you have to remember is the oil and gas sector in the UK alone employs 250,000 people and so it’s not simply on the cards to say to all those people they are out of a job and the industry is shutting down,” he said.

None of the critics disagree that any transition must be a just one that protects people whose livelihoods will be hit by these changes, but there is huge concern from other politicians and environmental groups about the hint that these drilling permits will be granted.

Most of the focus is on the controversial Cambo oil field in Scotland. The site - which is expected to produce 132 million tonnes of carbon over its lifetime - was granted a licence back in 2001 and is now waiting on drilling permits to go ahead.

This week, SNP leader Nicola Sturgeon waded into the debate, writing to Johnson to ask him to “reassess” the licence in the face of the “severity of the climate emergency”. Greenpeace and other groups are also furious about the suggestion that these decisions could be made as the UK is meant to be showing leadership ahead of the summit in Glasgow.

They say that not only is the IPCC clear about the need to abandon fossil fuels, but a report by the International Energy Agency - actually commissioned by the cabinet minister in charge of Cop26- Alok Sharma– concluded that exploitation of new oil and gas fields must stop this year if we have any chance of remaining within 1.5C of heating.

So how do ministers think this is possible? Why don’t they lump oil and gas in with coal?

Kwarteng said to me that he believed carbon capture technology – something his department is looking into – could be used to reduce the carbon footprint of this technology enough to make it pass the so-called “climate compatibility” test the government has set itself on the question of oil and gas.

For Greenpeace chief scientist in the UK, Doug Parr, there is no drilling of oil that is compatible with saving the planet.

“It’s alarming that the Business Secretary is bypassing demands from the world's leading energy analysts, which says we can’t approve new oil and gas projects if we hope to keep global heating within 1.5 degrees,” he said, arguing the government was “playing with fire” by backing carbon capture.

He said it was a “technology that has a history of project failure, excessive costs and is not a zero emission technology. It is essential that a just transition for oil industry workers takes place, but it needs to offer good quality long-term jobs in sustainable clean industries, not ones that prop up the business models of polluting fossil fuel companies.”

The row plays into something I’m hearing increasingly within government - and that is a feeling they have that technology is going to somehow save the day when it comes to the climate. There is a sense – not just on this – but on hydrogen advances too – that the technological revolution will allow us to save the planet without dramatically changing our lifestyles.

It’s certainly true that technological advancement is happening fast. But given the speed at which we need to act – environmental groups tell me there is no silver bullet that is going to make all the difficult decisions facing politicians magically disappear.

Where Blockchain Technology Can Disrupt The Oil And Gas Industry