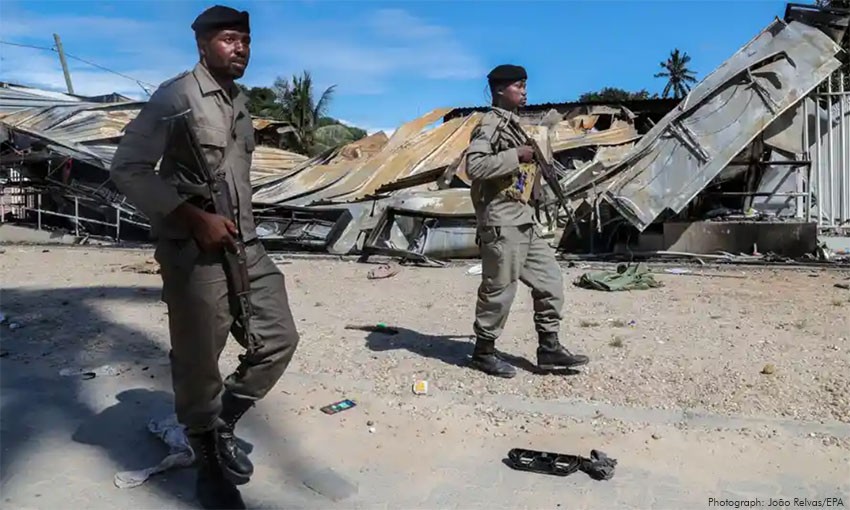 The UK government has been urged to abandon its plan to support a gas export terminal in Mozambique after fears that the project is fuelling unrest in the north of the country.

Friends of the Earth, an environmental group, wrote a letter to the government warning that the natural gas plan is only worsening the insurgency in Mozambique’s Cabo Delgado province.

They also called on the government to withdraw its financial support.

Since 2017, the African nation’s northern province has been stricken by poverty and has endured violent attacks by Islamic State- affiliated insurgents.

They have targeted towns and communities near the $20bn (£15bn) gas project, which is backed by major international investors and companies.

Rachel Kennerley, climate campaigner at Friends of the Earth (FoE), said: “The violence started as far back as 2017, because of social inequalities, deprivation and acute issues like displacement of local communities from their land by the gas projects. This has continued and worsened recently.

“So, while the gas companies are a target of the violence, they are also a significant causal factor to the violence, exacerbating the conditions that meant this insurgency could take hold. They are an integral part of the problem.”

Human rights campaigners have said that region’s conflict is due to the removal of communities from state-owned land to make way for private companies aiming to mine for gems or exploration for offshore gas over the last yen years.

Following an attack linked to Isis in the port town of Palma, just over a mile from the high security zone surrounding the gas project, it closed operation and withdrew staff from the site.

It was reported that the attack left bodies lying in the street and some of them beheaded.

Late last year, prime minister Boris Johnson announced that the UK would end all state investment in foreign fossil fuel projects after criticism of its hypocrisy offering billions to support overseas projects, while also claiming to be an international leader in combating climate change.

“The new policy would not allow [support for the Mozambique gas project] to go ahead, but ministers are still backing the project, which is already proving disastrous for local communities in Mozambique while preventing us from stopping further climate breakdown,” Kennerley added.

A government spokesperson said that the UK remain “committed to supporting Mozambique to address the conflict’s root causes” and was helping fund the humanitarian response.