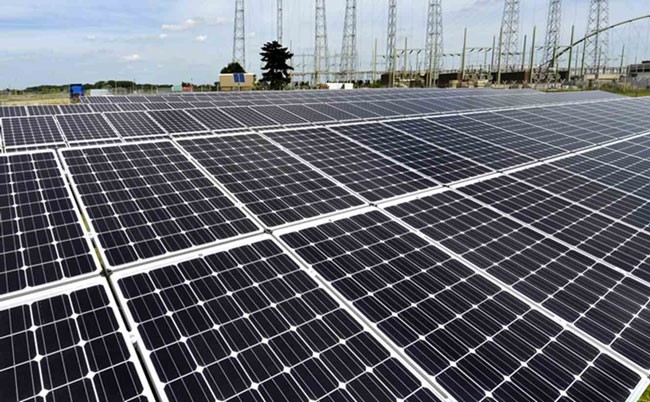 Renewable energy assets are in a bubble that has led to a string of deals with “crazy” valuations, according to the chief executive of Total, one of the world’s biggest oil and gas companies.

The warning from Patrick Pouyanné comes as the industry’s heavyweights are caught between sustaining fossil fuel-based businesses that generate the bulk of both their profits and the cash for dividends, while facing louder calls to increase investment in clean energy.

Total is no exception. In a wide-ranging interview, Pouyanné said he wants the group to be recognised not “as an oil and gas company, but as an energy company”.

The Paris-based multinational has pledged billions in renewables investment, targeted net-zero emissions by 2050 and proposed renaming the company TotalEnergies, which its shareholders will vote on in May.

However, “there is a bubble” in the renewables sector, Pouyanné cautioned. Valuations that are often up to 25 times earnings are “just crazy today”, the Total chief added, putting that down to the short supply of assets of a significant scale. They are “too scarce”.

Total was one of several major oil companies, BP among them, that earlier this month paid what one analyst described as “staggering” prices for the leases to UK offshore wind projects.

In a thinly veiled swipe at BP, which was part of the highest-bidding consortium, he said: “When we come, we don’t pay too much.”

With European oil and gas companies under particular pressure to steer their portfolios towards cleaner forms of energy, Pouyanné is not shocked at the frenzy over renewables as sellers seek out the deepest pockets.

“I will not buy, but I think I would not be surprised to see one of my European peers spending money,” he said. “A banker came to me [about another deal] and said ‘If you don’t buy it, BP will buy it’. I said, OK, but at this price, why should I buy that? Explain it to me.”

BP’s Dev Sanyal, who is responsible for its alternative energy business, said last week that value is the “key driver” when the group does deals and that it would not just invest in any asset to meet renewable targets.

In a sign of the escalating pressure on the sector, major institutional investors have threatened to ditch their stakes in oil and gas companies altogether unless they do more to combat climate change.

Pouyanné, who has spent more than two decades at Total and took over just days after the death of his predecessor Christophe de Margerie in a plane crash in 2014, admitted public sentiment had shifted faster than anyone in the industry imagined just a few years ago.

But the 57-year-old decried as a “paradox” the view that “we will solve the climate change challenge just because there is no more equity invested in oil and gas majors, that’s something completely wrong.”

“Even if BP, Total and Shell divest from oil and gas it does not change anything,” added Pouyanné, arguing that selling assets to other producers who may be less mindful does little to help.

State-owned oil companies, including the likes of Saudi Aramco or the Abu Dhabi National Oil Company, “are not prepared to stop producing” and if Total cuts back then “Russian companies say, ‘all that is quite good for us’ because they will get the asset”.

Although the pandemic left Total with a loss of $7.2bn last year as oil prices slumped, the group has ploughed ahead with its net-zero plan.

Despite Pouyanné’s unease over valuations, renewables, chiefly solar and wind, are a big part of the group’s future. While Total and BP are prioritising low-carbon power generation, Shell is focusing on selling electricity instead. The French group has said it would spend more than $2bn this year on electricity and clean energy, seeking 10 per cent returns on the investments.

It aims to generate more than $1.5bn in free cash flow from its renewables operations in 2025, up from about $100m pre-pandemic in 2019. However, this is still a fraction of the $27bn in free cash it generated that year, largely from its traditional businesses.

The group last month paid $2.5bn for a 20 per cent stake in Adani Green Energy, deepening its presence in India. It has also bought solar and energy projects in Texas, and with Engie is developing the largest site in France for the production of green hydrogen.

The Adani investment “will probably be the only [big] deal we can do” this year, Pouyanné said.

The Normandy-born chief executive runs Total with a firm grip, both managing day-to-day operations and stitching together some of its biggest deals with little help from bankers or his top executives — such as the $7.5bn acquisition of mostly North Sea oil assets from Denmark’s Maersk in 2017.

The former rugby player went to the École Polytechnique and then the École des Mines in Paris, a top engineering school, making him what the French refer to as one of the “X-Mines” who have a large role in running the country’s industrial base.

Pouyanné is unapologetic about the need to develop Total’s fossil fuel businesses to help generate the cash for green investments. The group expects its oil production to remain stable, but its gas business is growing. The $1.5bn acquisition of liquefied natural gas assets from Engie in 2017 catapulted Total to number two in the global market behind Shell.

Unlike BP, which plans to shrink its hydrocarbon production by 40 per cent, Pouyanné is warier about diluting the group’s traditional business. “If you lose part of your source of cash and you are not able to finance your development, then you have an imbalance,” he said.

Even as oil prices crumbled last year, Total, which has 100,000 employees spanning more than 130 countries, was the only European oil major to keep its dividend intact. Its stock tumbled 29 per cent last year, but fared better than many peers.

“If an oil and gas major is not able to go through cycles, I don’t know what we are able to offer our investors,” said Pouyanné.

Total had a stronger balance sheet and lower debt levels than its peers before the pandemic hit “which put less pressure on executives to do something about the dividend,” said Biraj Borkhataria, an analyst at RBC Capital Markets.

“Still, it has not gone unscathed through each downturn. Equity investors have been diluted on multiple occasions, including from issuing discounted shares and hybrid bonds,” he added.

In a period of both promise and peril for oil supermajors, Total has dismissed the suggestion by bankers of splitting off its renewables arm as a separate listed company, believing its clean energy business will still need the financial firepower currently provided by fossil fuels.

While a firm believer in renewables, the Total chief said the narrative over the shift to greener energy needs more nuance, pointing to the lack of debate among politicians and environmentalists over how much it will cost consumers.

“We have to face the reality that there is something wrong in the political debate,” said Pouyanné. “People think it’s renewable so it should be free.”