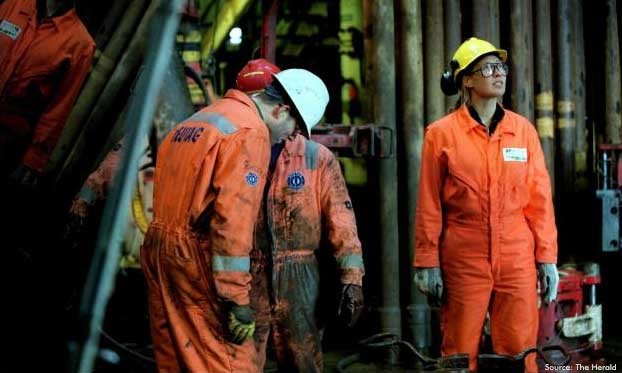 The latest oil and gas update from OGV

Touchstone Exploration Inc on Tuesday raised US$30mln via a share placing with the funds earmarked to advance ongoing and successful programmes within the Ortoire project.

The Trinidad oil and gas firm is issuing 24.29mln new shares priced at 95p each to institutional and other investors in the United Kingdom and Canada. Three successful exploration wells have so far been drilled at Ortoire - Coho, Cascadura and Chinook - and a fourth, Cascadura Deep, was spudded last week.

Funds raised in the placing will support the drilling of Cascadura Deep along with a planned fifth well, named Royston. Programmes are also slated for the completion, testing and development of the Chinook well. It will also pay for the installation of surface facilities at Cascadura.

On Thursday, Deltic Energy PLC’s partner Royal Dutch Shell PLC confirmed its commitment to the drilling of a well on the Pensacola prospect in 2021.

Well planning including design work and rig scoping has already begun, the company added. It noted that Shell has been given a short extension for P2252, to the end of March, in light of the coronavirus (COVID-19) pandemic to allow analysis of seismic data ahead of a formal drill decision.

Shell continues to carry 100% of Deltic's costs until the well investment decision is made.

Helium One is coming to London through a merger with Attis Oil and Gas Limited, a cash shell. The deal terms value Helium One at £6mln, or 2.84p – and sets a value of £605,000 for Scirocco’s stake (which is predicted to be around 4.6% of the enlarged company).

It is planned that £5mln will be raised alongside the merger with the proceeds earmarked for a programme of at least three exploration wells, slated for the first half of 2021.

On Wednesday, Falcon Oil & Gas Ltd said that flow back operations continue for the Kyalla 117 N2-1H ST2 well at the Beetaloo project in Australia’s Northern Territory. In an operational update, the company noted that following a short initial flow back of hydraulic fracture stimulation fluid to surface, the well was shut-in and production tubing was successfully installed and tested.

Subsequently, during late October, flow back operations recommenced and the company said that the well is currently flowing back at a rate of approximately 500 barrels per day with minor gas breakthroughs observed to date.

Falcon owns a 22.5% interest in the project which is operated by Origin Energy.

Bahamas Petroleum Company PLC is seeing green shoots of improvement at the Trinidad oil fields acquired via its merger with Columbus Energy. A substantial increase in field activities has arrested prior production decline and there are now early signs of sustainable improvement in production rates.

Programmes in Trinidad are run by separate operational management from BPC’s core focus, the pending Perseverance exploration well which is due to spud before the end of 2020.

In Trinidad, the company is targeting a baseline production rate of 500 barrels of oil per day (bopd) from the fields which had previously suffered from a lack of investment. A notable catalyst in Trinidad is slated for the first quarter of 2021 when the Saffron-2 development well is due to spud.

Additionally, the company noted that multiple prospects have been identified across the South West Peninsula (SWP) acreage and each are deemed to have over 10mln barrels of recoverable resources, making them similar in size to Saffron.

Genel Energy PLC reported that net production from the Kurdistan region of northern Iraq averaged 32,140 barrels per day (bopd) over the first nine months of 2020, up 7% from the previous year.

Genel noted US$142mln of cash proceeds from oil sales have been received from the Kurdish authorities during the first nine months of 2020.