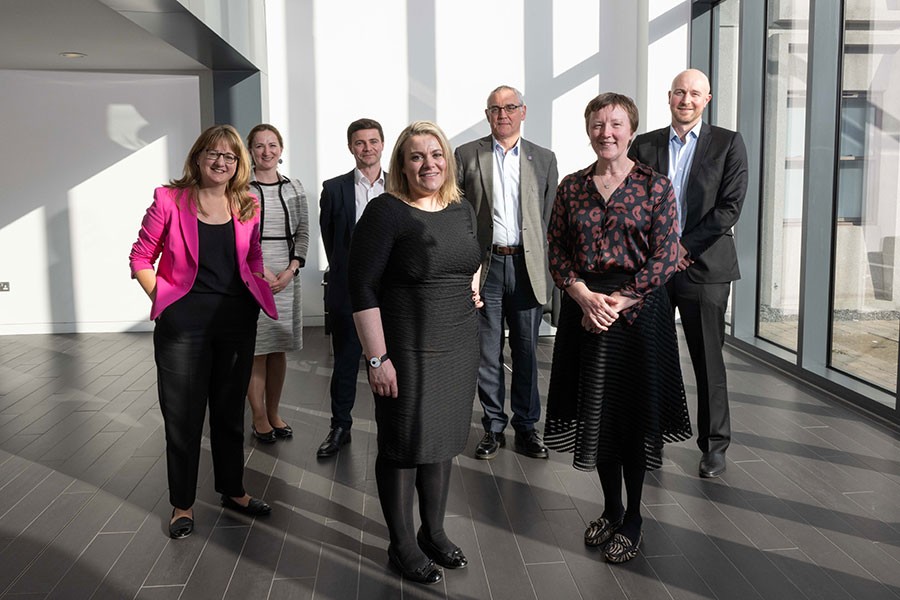 North-east charity aims to make STEM education accessible to all

Aberdeen-based STEM education charity TechFest has appointed energy industry specialist Brenda Wyllie as chair and restructured its board as it looks to pave the way for STEM education in an evolving sector.

TechFest aims to encourage young people to choose a career which uses science, technology, engineering and maths and to show how the STEM subjects are relevant to everyday life.

Having originally started out in the oil and gas industry as an apprentice welder at 16 years old, Brenda went on to study reservoir engineering in Norway, which led to a career across both offshore and onshore, in the UK and abroad.

She has worked for service companies, oil and gas companies and is now Northern North Sea and West of Shetland area manager for the North Sea Transition Authority (NSTA), where she plays a key part in contributing to its strategy, which obliges industry to help the government reach net-zero and optimise the value of UKCS reserves.

Brenda said: “This is an exciting time to join the TechFest board, the organisation is extremely passionate about what it does and we have already started to strategise how we can maximise its activity.

“From the moment I took my kids to a TechFest summer festival, I was in awe of the ambition and mission of TechFest. The hands-on experiments encourage young people to embrace STEM subjects, completely aligned with my parenting ethos.

“It is amazing to see how young people understand the basic principles far more when they are allowed to have fun. TechFest truly provides STEM accessibility to all ages and I am excited to play a part in it.”

Mrs Wyllie takes over from former energy journalist, Jeremy Cresswell, who has now retired from the board alongside Paul Garnham of Shell, Alec Carstairs formerly of EY, Professor Phil Hannahford of University of Aberdeen, and Dr Brian Wilkins and Professor Donald Cairns from Robert Gordon University.

Mirela Delibegovic from the University of Aberdeen, Dr Suzanna Walsh from RGU, Ralph McIntosh from Kellas Midstream, Kirk Miller from Shell, Tom Sanders from EY and Kathryn McKee from bp will form the new board alongside Brenda, Claire Keenan from Keenan Recycling and TechFest’s managing director Sarah Chew.

Brenda added: “We’re in a strong position to take everything the TechFest team learned during the pandemic to new heights.

“We have a full board with diversity across sectors and a high performing team to deliver TechFest’s mission, headed up by managing director, Sarah Chew and I hope my 35 years’ experience in various engineering roles serves as inspiration to others.

“In the last few years, the team has discovered new ways to use online platforms and deliver STEM much further afield. As a board we are looking to understand if this delivery mechanism enables us to connect and be accessible to an even larger audience.”

In addition to the board restructure, TechFest has added two more people to its team to cater for resource demand and reach this wider pool of people as part of the new strategy.

Yashka Smith previously worked for TechFest from 2010 - 2012 and has returned to the charity as a STEM Lead, focusing on programme development while Yvonne McLellan, TechFest's former managing director up until 2011 has also come back to support with the My Energy Future  programme sponsored by OPITO.

Managing director at TechFest, Sarah Chew said: “Our new board brings in a wealth of knowledge and experience to help grow and direct our organisation.

“I’m especially pleased to have such a strong female presence within TechFest. Between our board, and the whole TechFest team, it highlights how important it is for women in particular, to get involved in the STEM sector.

“Women are strong leaders, thinkers and innovators and we want to show that anything is achievable as long as you are passionate about what you want to do.

“We’ve made a lot of progress as an industry in breaking down gender barriers but there is plenty work to be done to encourage more young women to pursue a STEM career.

“I would like to thank the incredible work that our past board members contributed to over the years, they have been imperative in helping us get to where we are today, and I look forward to seeing where our new board can take us.”