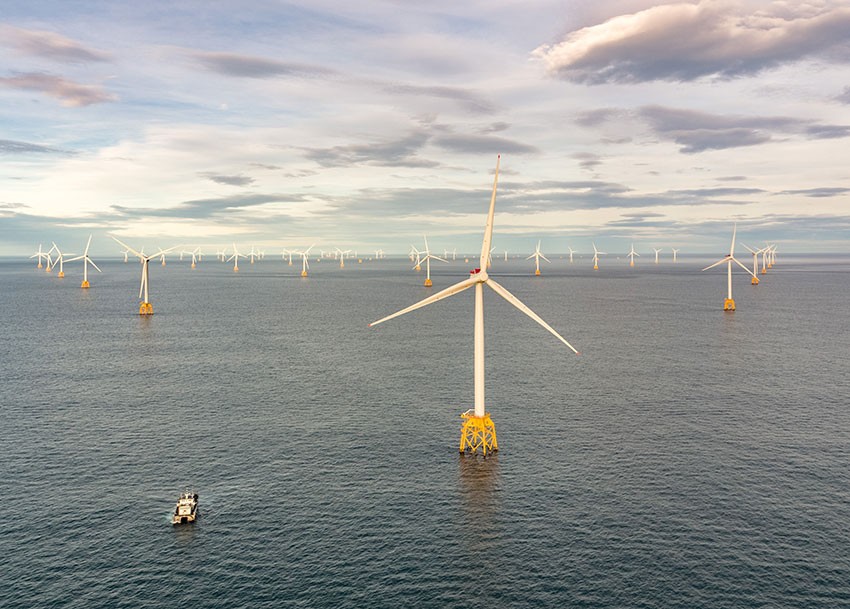 Following yesterday’s announcement by UK Prime Minister Boris Johnson of strategic investment to support development of the country's offshore supply chain, SSE Renewables Managing Director Jim Smith says now is the time to act to address key barriers and put the UK on a course to delivering 40GW by 2030.

It’s hard not to overstate the importance of yesterday’s announcement by UK Prime Minister Boris Johnson of a revolution in green power generation in the United Kingdom where every home in the country will be powered by energy from offshore wind farms by 2030. We’ve heard the Energy Minister talk up offshore wind but now we have the Prime Minister putting it front and centre of the UK’s plans for the green economic recovery.

The Prime Minister has committed his government to deploying 40GW of offshore wind energy by 2030, backed up by a £160 million investment in ports and factories to help businesses play a bigger role in delivering it by building up the capability and competitiveness of the UK supply chain.

A public commitment to much-needed multi-million-pound investments in infrastructure is important because it should have a real impact on creating jobs and supporting companies in regions all across the UK, including Scotland where we’re building the country’s largest offshore wind farm and Northern England where we’re building the world’s largest offshore site.

It’s an investment commitment many of us in the industry have long been calling for, and echoes calls made by SSE Renewables to build an investable, globally competitive UK supply chain for the offshore wind sector. That’s why this announcement should be widely welcomed.

The government’s investment will build on those being made by industry – for our part at SSE Renewables we’re already playing. Together with our partners, we’re investing billions of pounds in offshore wind projects over the coming years, helping develop ports and coastal communities from Wick to Montrose in Scotland to the Port of Tyne and Able Seaton in Northern England.

But revolutions, even green ones, are not built on announcements alone. From today, all of us involved in the delivery of offshore wind, from government to industry, need to come together to maintain the push behind our efforts and take the enabling steps needed to allow this revolution to succeed.

As we said earlier this year when we launched our roadmap to 40GW of offshore wind by 2030, vital enabling actions are needed if the UK is to meet this new target.

Yesterday’s announcement of strategic investment to support UK supply chain development is one such key action, but there are still others to address, ranging from consenting challenges to developing the grid, as well as reform of the electricity market to ensure the UK remains the best place to invest in the long term.

As an industry we need to continue to work collaboratively with government to overcome these barriers. But we can overcome them. In doing so, we can put the UK on a course to delivering 40GW by 2030 as part of a green recovery. We can turbo-charge the UK’s low carbon revolution so that the vision of powering every home in Britain by offshore wind energy becomes a reality. And we can transform society, using the unbounded natural resources around the UK to fight climate change, create jobs and stimulate our green recovery.