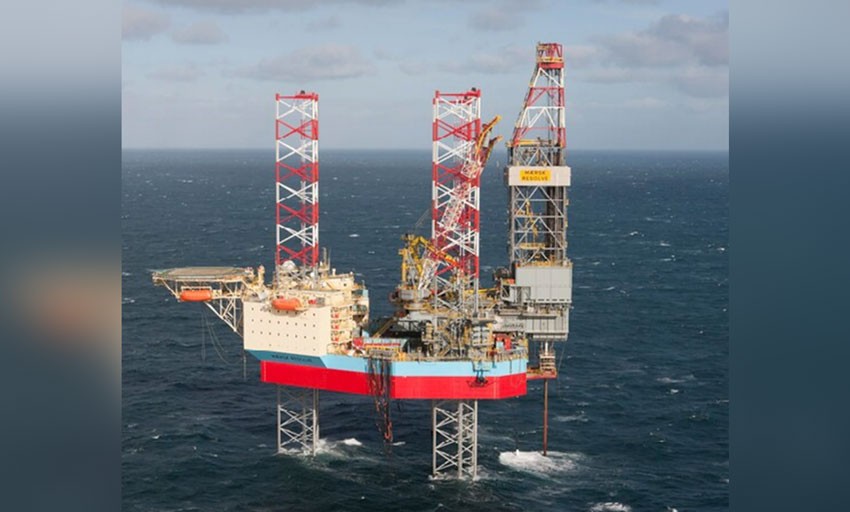 Spirit Energy will use the heavy-duty jackup Maersk Resolve to drill a new well in the Grove North East area of the UK southern North Sea.

“Further, it could add five new years to the life of the Grove field and improve the prospect of additional opportunities in the area.”

The company had studied various alternate concepts, including horizontal, vertical and platform deviated wells, subsea tiebacks, and an appraisal well.

“Based on the subsurface, well technical complexity, value and strategic fit criteria, we have decided on a platform-deviated well,” McCulloch explained.

“We believe this is the optimal way forward and a robust well design has been developed – our team is experienced in drilling similar wells in the southern North Sea, including other wells in the Grove area.”

Grove’s gas is processed at the Markham J6-A facilities on the UK/Dutch median line, operated by Spirit and transported via the West Gas Transport pipeline system to the Den Helder terminal in the Netherlands for further processing.

Maersk Drilling expects drilling to start in March and continue for 131 days.

The firm contract value is around $11.3 million, including mob/de-mobilization, with an option to also P&A one well.

The Maersk Resolve completed a campaign offshore the Netherlands last October and is currently warm-stacked in Esbjerg, western Denmark.