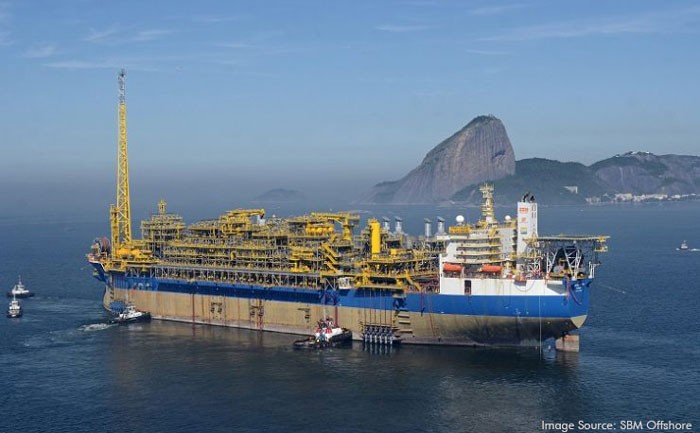 SBM Offshore has prevailed in a public sale auction to acquire the minority ownership held by Serviços de Petróleo Constellation across five Brazilian floating production, storage and offloading vessels (FPSOs), for a total price of $150m.

The consideration excludes the associated non-recourse project debt of the FPSOs.

SBM Offshore formally designated as successful bidder in the auction

Constellation has a stake of 20% in the Cidade de Paraty FPSO, which has an oil production and treatment capacity of up to 120,000 barrels of oil and 5.0 million cubic meters of gas per day. The FPSO’s storage capacity is up to 1.6 million barrels of oil.

Constellation holds a stake of 5% in Cidade de Maricá and Cidade de Saquarema, which are both third-generation FPSOs. The two vessels are said to be designed specifically for producing oil in the ultra-deep waters of the Brazilian pre-salt.

The daily production capacity of Cidade de Maricá and Cidade de Saquarema are the same at 150,000 barrels of oil, while each of their treatment and compression capacity is 6.0 million cubic meters of gas per day.

The storage capacity of each of the vessels is up to 1.6 million barrels of oil.

In the Capixaba FPSO, Constellation holds a stake of 20%. Capixaba’s oil production capacity is 100,000 barrels per day, while its gas treatment capacity is 3.5 million cubic meters per day. The vessel’s storage capacity is up to 1.6 million barrels of oil.

SBM Offshore already holds majority stakes in the related entities and is the operator of the five FPSOs.

The transaction will be subject to meeting of various preceding conditions such as consent from client Petrobras and approval from the Brazilian antitrust authority Conselho Administrativo de Defesa Econômica (CADE).