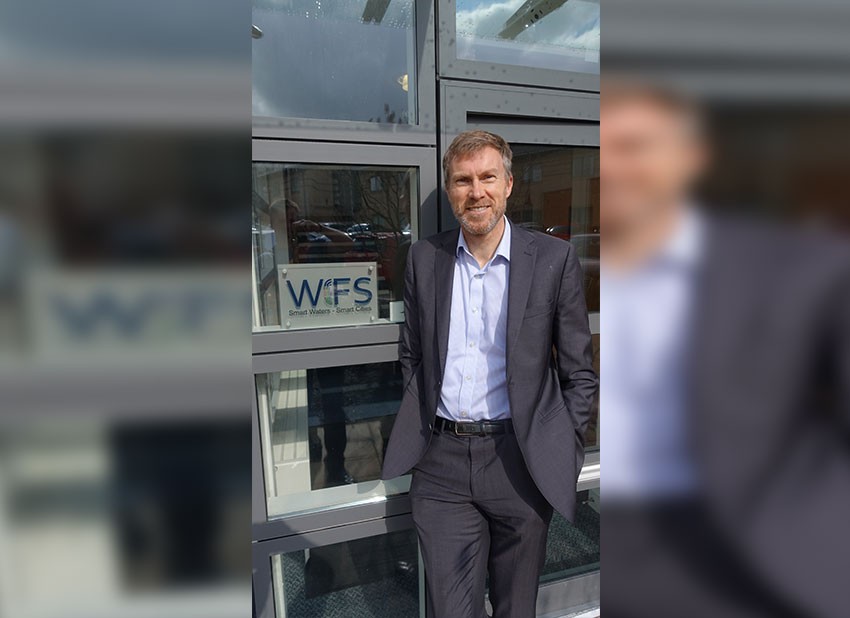 Richard will oversee the company’s defence activities, as well as growth in the agency network and develop relationships with other innovative manufacturers for this technology which can be applied across oil & gas, defence, offshore wind, aquaculture and smart cities. The technologies, which are contributing to improving cost effectiveness and significant operational efficiencies, incorporate subsea wireless automation, the Subsea Internet of Things® (SloT) and subsea cloud computing networks (SCCNs).

Richard was previously Sales Director for Coda Octopus Products, and his appointment comes just weeks after Moray Melhuish took up the post of Commercial Director at WFS Technologies.

Brendan Hyland, founder and chairman of WFS Technologies, said: “Attracting someone with Richard’s breadth of knowledge and experience, which has great synergies with our technologies and applications, further strengthens the tactical direction that will continue to drive our business forward.

“Richard has worked across various sectors including oil & gas, defence, nuclear and offshore renewables, and we look forward to him adding another layer of expertise to the team.”

A former submarine Engineer Officer of 20 years for the Royal Navy, where he was head of a Vanguard Class marine engineering department and an operational safety training team leader, Richard went on to achieve a Master of Business Administration with Distinction at Strathclyde University in 2009.

He then joined project and engineering management firm, Frazer-Nash Consultancy, first as a Senior Consultant and then asa Business Manager with responsibility for all aspects of support to submarine facilities fromfront end business and opportunity development to managing the delivery of the company’s technical services to customers.

In 2014, Richard joined Coda Octopus Products where he wasresponsible for the worldwide sales performance of the firm’s unique real-time 3D sonar technologies. This included developing the sales and marketing activities for key offshore markets including oil & gas, offshore wind and subsea construction.

Speaking of his new appointment, Richard said:“WFS is in a great position and I was really taken by its disruptive wireless technologies. By harnessing the very latest in innovation and know-how, we can work with operators to significantly improve production and operational efficiencies.

“Through sharing the company’s vision, I’m looking forward to demonstrating the added value their technologies can bring, growing our sales through our indirect channels to market and helping to build on the track record that the team has achieved.”

With over 350 patents applied for, WFS’s innovations are performing a crucial role towards helping clients to improve cost effectiveness and operational efficiencies by producing highly-sophisticated data which generate high-level intelligence and, in turn, allows more informed decisions.

Headquartered in Livingston, Scotland, WFS Technologies works with major oil & gas operators and offshore wind developers around the world and is actively planning to establish a research centre in Edinburgh. The research and development hub will be home to its leadership and technology team spanning a range of disciplines including mechanical, software and hardware engineers.