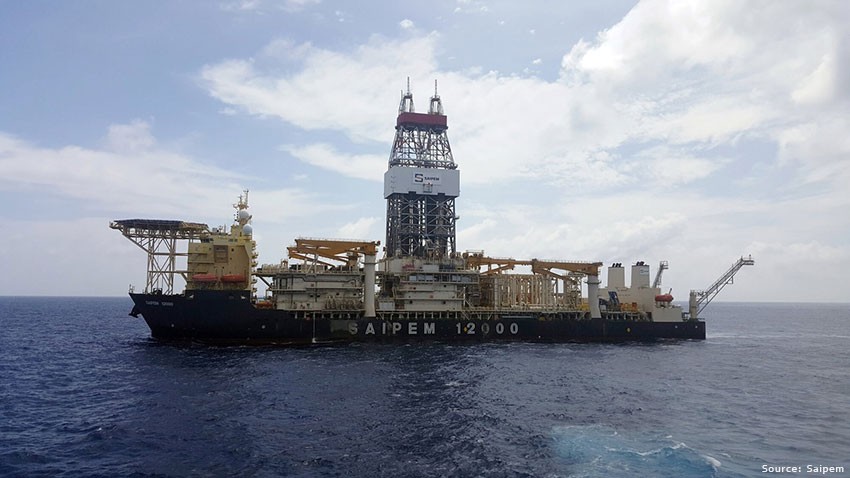 Saipem 12000, a Saipem-owned drillship, is resuming drilling operations at the Coral Sul (Coral South) project offshore Mozambique following an eight-month delay due to the coronavirus pandemic.

Mozambique’s regulator Instituto Nacional de Petróleo (INP) said on Monday that, following the interruption due to the impact of the Covid-19 pandemic, the drilling operations are continuing in January 2021.

The Coral South FLNG project will see the partners developing gas resources discovered by Eni in Area 4 of the Rovuma Basin.

The project involves producing and selling gas from the southern part of the Coral field, using a floating plant for liquefying natural gas (LNG) with a capacity of 3.4 million tonnes.

The regulator added that the Saipem 12000 drillship arrived in Pemba, Mozambique on 5 January 2021. The beginning of operations is conditioned only by formalities which include customs, loading material, and boarding the remaining crew.

The drilling operations first started in September 2019. However, operations were interrupted in April 2020 due to the restrictive measures related to the pandemic.

Meanwhile, the construction of the Coral South FLNG facility is proceeding as planned in South Korea with the start of the first production slated for 2022.

Saipem won a 15-month contract from Eni for offshore drilling activity in Mozambique, utilizing the drillship Saipem 12000, back in June 2017.

In related news, Eni has also recently secured two Vroon-owned platform supply vessels for support on the drilling project off Mozambique. According to Vroon, the project is scheduled to last around seven months.