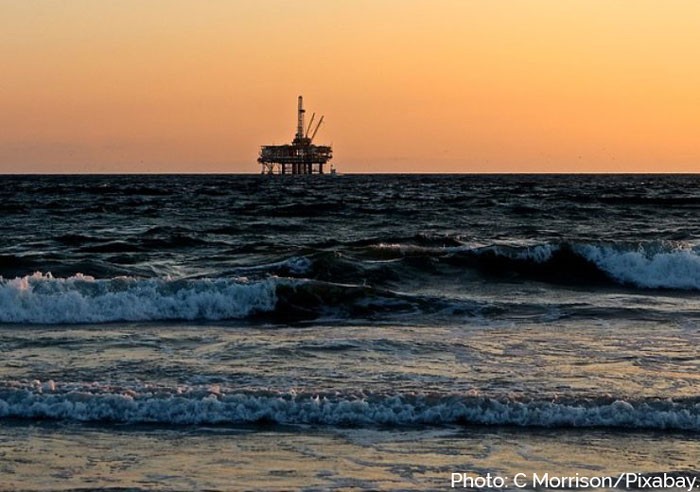 Rystad Energy’s initial assessment of Hurricane Ida’s impact on US oil production and refinery capacity estimates a peak daily supply curtailment of 1.8 million bpd in the Gulf of Mexico, which currently has a peak daily production capacity of 1.9 million bpd. Based on reported power outages and the closure of refineries in preparation for the storm, nearly 2 million bpd of US Gulf Coast refining capacity is estimated to be currently offline.

As was the case with major hurricane and storm events during the 2016-2020 period, Rystad estimates the cumulative production outage impact to be equivalent to 5.5 days of maximum capacity, assuming rapid reactivation to start as soon as 31 August and 1 September.

This will result in an impact of approximately 215 000 bpd and 127 000 bpd on monthly averages for August and September, respectively. However, a certain downside supply risk is present, relating both to additional weather disruptions as we remain in the middle of hurricane season and to delayed reactivation of some facilities.

When it comes to onshore oil supply, Rystad is seeing marginal impact on conventional legacy oil volumes in Louisiana and Mississippi. With Ida being downgraded to Category 1 shortly after landfall, the likelihood of prolonged upstream disruptions in the area has diminished. However, up to 120 000 bpd of onshore oil production in the US was shut in the last two days, which will likely result in an impact of between 11 000 and 18 000 bpd on monthly averages for August and September, respectively.

On the trade flows side, the EIA stated that the following ports capable of receiving petroleum products are closed: Baton Rouge, Gramercy, New Orleans, Morgan City and Lake Charles ports in Louisiana; Pascagoula in Mississippi; and Mobile in Alabama. Louisiana Offshore Oil Port (LOOP) suspended operations at its marine terminal earlier, on 28 August. Furthermore, Rystad estimates that around 13 million barrels of crude oil is awaiting to offload in the US Gulf Coast region.

Based on reported power outages and the closure of refineries in preparation for the storm, nearly 2 million bpd of US Gulf Coast refining capacity is currently offline due to Hurricane Ida. As Ida has been downgraded from Category 4 to Category 1 and is moving northeast, Rystad expects the worst impact to have passed and estimate that refineries will remain offline for between 7 and 14 days maximum, depending on the extent of damage due to flooding.

“We see a risk that the loss of US refinery demand will be greater and more prolonged than the loss of crude supply, which, depending on the extent of refinery shut-ins and power outages, could further weaken the flat price, the structure for WTI and potentially WTI-Brent further for both September and possibly October 2021,” says Bjornar Tonhaugen, head of oil markets at Rystad Energy.

Given the loss of crude supply is mostly medium sour GOM crudes, this is supportive of Mars and Latam grades.

When it comes to road transport, Louisiana is among the states in PADD 3 that are the most affected by the hurricane. The traffic index on Saturday 28 August saw a short spike up to 40% above the equivalent day in 2019, as many residents drove out of state to flee the hurricane. The following day showed traffic activity dropping to 68% of normal levels. While other states have not shown such an extreme drop, traffic in Alabama did slide to 75% of normal levels, representing a 16% reduction week-on-week.

While international travel remains weak and is hampering a return to pre-Covid levels, domestic travel is the main contributor to flight activity in the US. However, the anticipation of the landfall of Ida prompted people in Louisiana to flee their homes, spurring an increase in flight activity on Saturday 28 August of 11% week-on-week, to reach 60% of normal levels. The following day, in contrast, saw the cancellation of all flights from New Orleans’ Louis Armstrong International Airport, with traffic activity plummeting to 17% of normal levels. Rystad observes similar effects on flight traffic due to Ida in the neighboring states, though the drop is more modest.

As a result of the above, Rystad pins its initial estimates of current demand impact to between 180 000 and 200 000 bpd of reduced end-user demand at least until Thursday this week. Specifically, Rystad expects gasoline to be reduced by 90 000 bpd, diesel by 40 000 bpd, and jet fuel by 15 000 to 20 000 bpd, with the balance representing demand for other products.

In the petrochemicals sector, the reduction in ethane consumption could be as high as 150,000 bpd, and its normalisation will follow the process of re-opening of the refinery and petchem plants in the region.

The nature of Hurricane Ida and the extent of power outages and flooding requires particular attention, especially with respect to the duration of refinery outages. Barring any immediate new storms, offshore crude production should be able to bounce back relatively quickly, leading to an overall net negative effect on crude and conversely a bullish effect on road fuels such as gasoline.