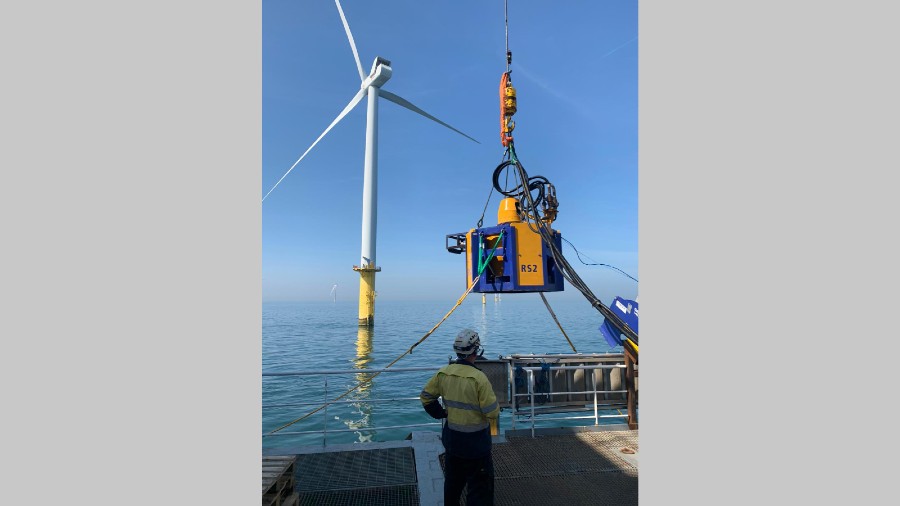 The project comprised de-burying cables C1 and C2 situated at 2m below MSBL, with the cables re-buried to the same depth following jointing operations by the client. Rotech Subsea’s state-of-the-art RS2 controlled flow excavator was selected due to its high flow capabilities which deliver excellent de-burial performances. The ability to use varying nozzle sizes on the tool results in extremely efficient burial operations, whilst maintaining a narrow trench.

The subsea spread of equipment was mobilised for Saint-Nazaire on the Zwerver 1 in Q2, 2021. It was deployed via crane to operate in water depths of between 8-30m LAT, experiencing soil conditions including dense sands with a hard layer present at 2m.

The RS2 operated extremely effectively de-burying the cable to client spec with 1 pass at progress rates of between 2-3m/min. Burial depth was achieved in 1 pass at a rate of 1-2m/min with the client requesting a second flushing pass as a contingency.

“It was a privilege to have been selected to work with this leading submarine cable player on this scope of work and to deliver an extremely successful project. The performance capabilities of our RS2 meant the project was completed exceptionally efficiently, leading to a saving on total project costs. With the client delighted with the RS2’s exceptional performance, Rotech Subsea looks forward to future collaborations.

“With another successful high profile contract completed on time and on budget Rotech Subsea’s CFE suite of tools is firmly established as the method of choice for cable trenching in Europe and beyond. The enhanced capabilities of our Suspended Jet Trencher RS tools mean they can provide deeper and narrower trenches than ever before, with trenching speeds more than double that of competing older Mass Flow Excavation tools or other methods such as contact trenching systems and ploughs.”