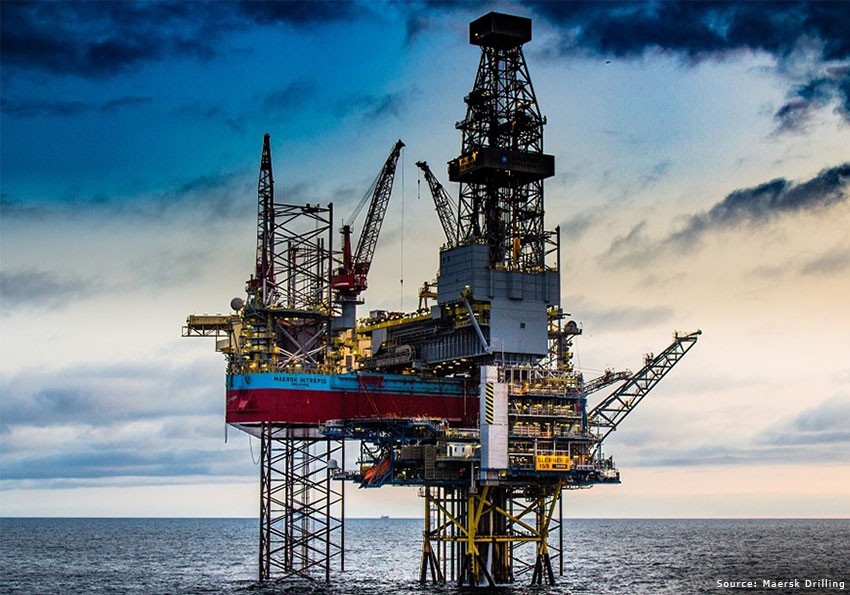 The rig will drill in the Oswig prospect in Block 30/5C of the Northern North Sea basin offshore Norway, Maersk said on Friday. The contract is expected to start in mid-2022 and Maersk Drilling and OMV (Norge) are in discussions to add additional services to the scope. The contract includes a one-well option to drill the Eirik exploration well.

“We’re delighted that OMV once again trusts us with the exploration of their prospects and look forward to building further on the close and extremely efficient collaboration we established during Maersk Integrator’s campaign for the customer earlier this year,” says COO Morten Kelstrup of Maersk Drilling.

Maersk Intrepid is an ultra-harsh environment CJ70 XLE jack-up rig, designed for year-round operations in the North Sea and featuring hybrid, low-emission upgrades. It was delivered in 2014 and is currently operating for Equinor offshore Norway. Maersk’s latest fleet status report shows that the rig’s contract with Equinor, with a day rate of $369,000, is set to end in January 2022.