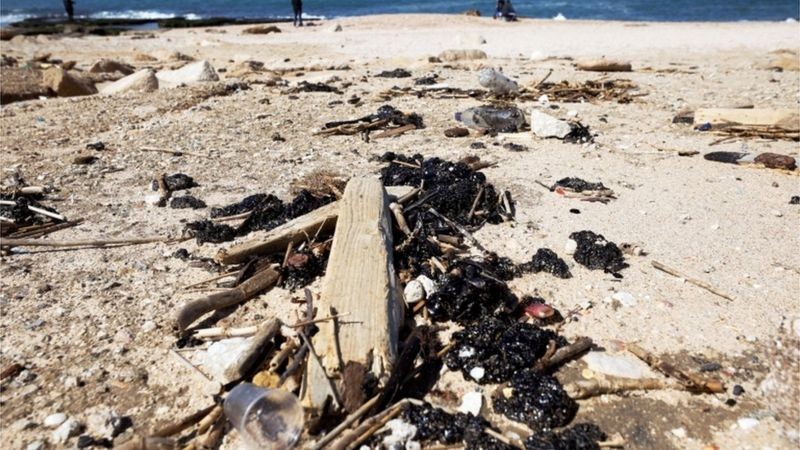 Israel has been forced to close its Mediterranean beaches after a major oil spill drenched more than 100 miles of coastline.

Officials are calling it one of the worst ever wildlife disasters to happen in the country and say it will take months, or even years, to clean up.

The spill has left much of the shoreline covered in sticky tar and lots of animals have been pictured covered in it.

Thousands of volunteers gathered over the weekend to help clean up the mess and the army has been called in to help with the effort as well.

The event began last week during a winter storm, which made it harder to see the tar approaching.

It's thought a ship spilled tens, or even hundreds, of tonnes of oil into the ocean around Israel.

However, the exact cause of the spill hasn't been worked out yet and is currently under investigation by the Israeli environmental officials.

People have been warned away from the country's Mediterranean beaches because of the toxic fumes from the tar.

The country's environment minister has estimated that the eventual clean up could cost millions.