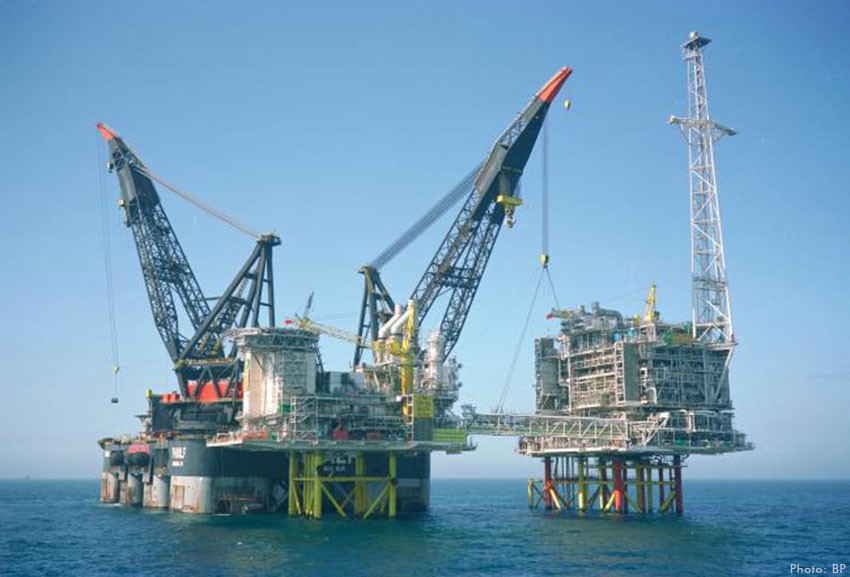 North Sea industry leaders have mounted a spirited defence of the oil and gas sector warning that curbs on UK production would only increase reliance on imports and disrupt the energy transition.

Amid calls by campaigners for the Government to block plans for the controversial Cambo development off Shetland, industry body OGUK insisted new fields could be compatible with the UK’s climate change commitments while providing a boost for the economy.

The latest edition of the closely watched Economic Report by OGUK found oil and gas firms are considering investing around £21 billion in North Sea developments over the next five years.

OGUK noted that while the North Sea supply chain has been hit hard by the fallout from the coronavirus crisis, the industry still supports around 200,000 jobs across the UK.

The expertise offered by oil and gas firms could play a vital role in the development of the renewable energy and carbon capture assets that the country will rely on to help meet its emissions reductions targets.

With many oil and gas firms already active in renewables, OGUK warned that any action that disrupted the industry could jeopardise the investment that will be required to maximise the potential of new energy sources.

“We all know that change is needed so the question is how fast we make that change,” said OGUK chief executive Deirdre Michie, adding: “We will do it faster if we support the companies and people who have the skills to get us there.”

OGUK said the Economic Report that will be published today underlined the risks that would be involved in a response to climate change that focused on cutting domestic oil and gas production unless there is a commensurate cut in demand.

“This report shows the reality that cutting off the domestic production of oil and gas faster than we can reduce demand risks leaving us increasingly dependent on other countries that often generate higher emissions,” noted Ms Michie.

The report found that, overall, the UK still gets 73 per cent of its total energy from gas and oil, with production from the UK Continental Shelf meeting around 70% of this demand.

OGUK noted that gas imports have been increasing since 2010 and neared record levels in the first quarter of this year because demand rose last winter at the same time as UK production fell. It said this was partly due to the impact of Covid-19 but also because gas output from the North Sea is in long-term decline.

Against that backdrop, OGUK reckons investment in new UK fields is vital.

“In a no-further-investment case, total capital investment could fall to less than £1 billion per year by the middle of the decade as the UK increased its reliance on imported fossil fuels,” it warned.

Some £14.5bn relates to projects that have yet to be sanctioned by the operators concerned. These include the giant Cambo field West of Shetland which Siccar Point Energy is seeking approval to develop, with Royal Dutch Shell.

Asked about the prospect of the Cambo application being rejected, Mr Tholen said it was right that the industry faced scrutiny amid preparations for the COP26 environmental summit in Glasgow and the focus on decarbonising the global economy.

But, he added: “We should be proud to tell the story of what Cambo can do meet the energy needs of the UK and to do so to ensure that we provide those barrels in a way which is lower than global expectations and indeed leading here in the UK.”

He said the new fields that are under consideration could be brought into production without undermining the effort to meet the Westminster Government’s target to reduce emissions to zero by 2050, net of amounts absorbed.

The timescale is line with the Committee on Climate Change’s recommendations. These assume that the UK will need around 18 billion barrels oil equivalent (boe) oil and gas to meet its energy needs until 2050. Around 8bn boe is expected to come from UK fields.

The Scottish Government has set a target of 2045 for net zero.

The Economic Report found investment in new fields and the further development of existing assets fell by around 33 per cent annually in 2020, to £3.7bn, amid tough conditions in the sector. OGUK said this was the lowest level in real terms since 1973.

OGUK said the North Sea Transition Deal agreed with the UK Government in March represented a radical plan to accelerate homegrown greener energies. Firms will provide the bulk of the £16bn investment involved.

Separately, Greenpeace will start a legal action in the Court of Session in Edinburgh in an attempt to have the Government's approval for BP's Vorlich development in the North Sea overturned.

The campaigning group said it will argue that when the government granted BP’s drilling permit, it failed in its legal duty to check what impact that would have on the climate.