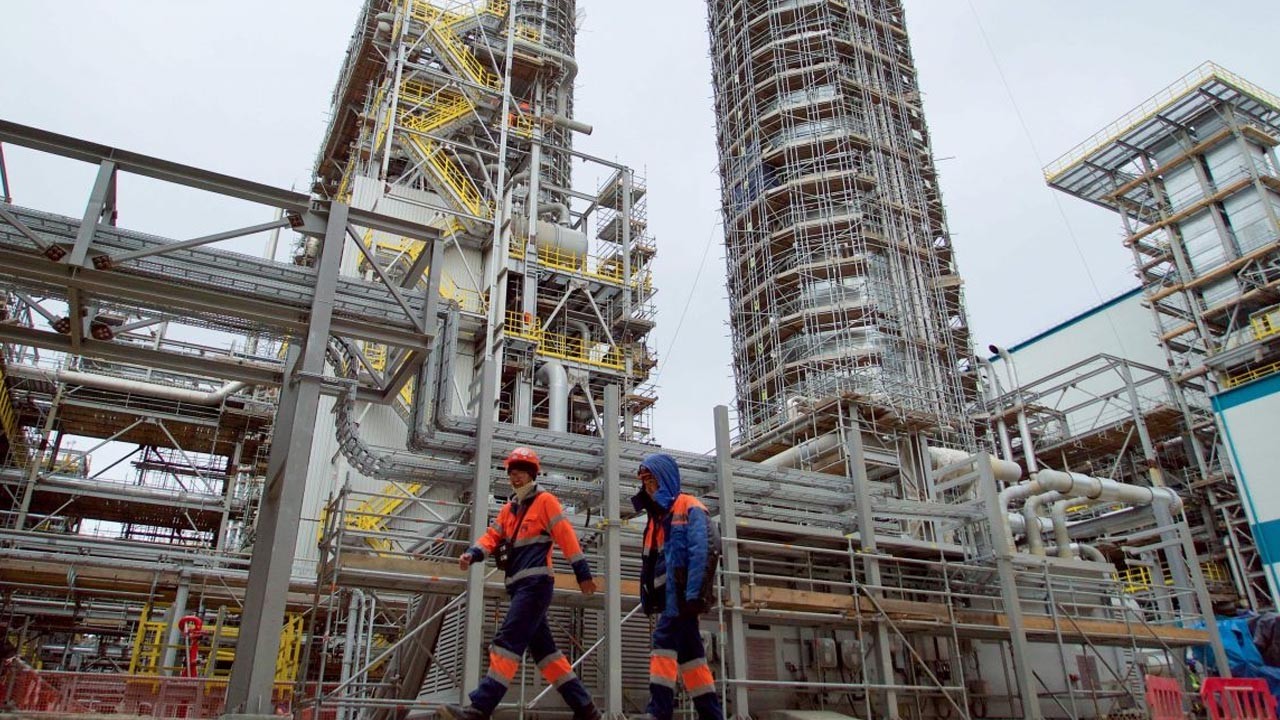 Oil and gas activity in the United States continues to expand, but delays in the supply chain and cost inflation persist. US oil and gas production is rising, but not as much as expected a year ago.

The US Administration continues to put efforts into reducing petrol and energy prices by announcing releases from the Strategic Petroleum Reserve (SPR) and even considering a limit to fuel exports—an idea which the industry criticised, saying it would only limit global supply and drive prices higher at home.

The US oil and gas industry also called on the Biden Administration, once again, to work on how to boost American energy production and choose a course that focuses on US energy security by focusing on American energy over foreign energy.

This was below the 57.7 record-breaking reading for the second quarter, suggesting that the pace of the expansion decelerated slightly but remains solid.

Costs for energy firms rose for a seventh consecutive quarter, with the indexes near historical highs. None of the 58 responding oilfield services firms reported lower input costs, according to the survey.

The survey also showed that 85% of 144 oil and gas executives polled expect a significant tightening of the oil market by the end of 2024, given the current underinvestment in exploration. Most executives, 69%, expect the age of inexpensive U.S. natural gas to end by the end of 2025.

The US oil and gas industry called on the US Administration, once again, to refocus on American energy, following the decision of the OPEC+ group to reduce its headline oil production target by 2 million barrels per day (bpd) starting in November. The White House criticised the move, labelling it a “misguided” and “short-sighted” decision in the face of a global energy crisis.

“The solution to meeting demand for affordable, reliable energy is right here in the United States. We face a growing energy crisis driven by geopolitical instability and U.S. policymakers should be doing everything in their power to produce more energy here in America, not urging foreign regimes for more oil.”

“We urge the administration to adopt sound public policy that enables American energy to benefit Americans and serve as a stabilising force in global markets,” Sommers added.

Dean Foreman, API’s chief economist, said in October, “This latest rebuff from OPEC – following similar rejections of U.S. requests for increasing production rates over recent months – should persuade Washington to choose a course that focuses instead on U.S. energy security – on American energy over foreign energy.”

Senator Joe Manchin (D-WV), Chairman of the Senate Energy and Natural Resources Committee, called on President Biden to take all immediate actions within his authority to increase domestic energy production.

“It is unconscionable for America, with our abundant natural resources that can be produced cleaner than anywhere else in the world, to continue relying or consider increasing reliance on authoritarian regimes to do for us what we can do for ourselves,” Manchin wrote in a letter to President Biden.

“Rather than turning to Saudi Arabia, Iran, or Venezuela to bring oil and gas supplies online to meet demand, we should support our producers in the Marcellus and Utica, the Permian, Alaska, our neighbors in Alberta, and in the many other producing regions that Americans and our allies can rely on,” Manchin said.

As the US Administration is trying to further lower petrol prices, it has been considering the idea of curbing US fuel exports in a bid to increase domestic supplies, which, especially distillates, sit at multi-year lows and at over 20% below seasonal norms.

US refiners are rejecting the idea, describing it as a counterproductive move that would only tighten global fuel supply and raise crude and product prices everywhere, including in the United States.

US Secretary of Energy Jennifer Granholm has been calling on US refiners to focus on rebuilding stocks at home rather than increasing fuel exports. To this, ExxonMobil’s chief executive Darren Woods replied in a letter carried by The Wall Street Journal that “Reducing global supply by limiting U.S. exports to build region-specific inventory will only aggravate the global supply shortfall.”

Secretary Granholm said that the “letter from a company that made nearly $200M in profit every single day last quarter, misreads the moment we are in. The fact is this: Energy companies are making record profits, with refiners and retailers also posting margins that are well above average — while passing the costs on to consumers.”

“If companies like ExxonMobil continue to believe that 'free market incentives remain the most efficient way for the industry to address these problems,' they need to step up and show results for American consumers and the American economy,” Granholm added.

“Participation in the global market is foundational to our position as the world’s refining leader, benefitting American consumers and fuel manufacturers alike,” Sommers and Thompson said.

President Biden announced on 18 October that the Department of Energy would sell 15 million barrels from the Strategic Petroleum Reserve (SPR) to be delivered in December. This sale will complete the 180-million-barrel drawdown the President announced in the spring.

“The President is also calling on DOE to be ready to move forward with additional significant SPR sales this winter if needed due to Russian or other actions disrupting global markets,” the White House said.

However, many analysts believe that US benchmark oil prices are unlikely to fall to those levels anytime soon, which would leave the emergency reserve of crude in the US at historically low levels.

API’s Sommers said, commenting on the moves to reduce petrol prices, “At a time when American energy can be a stabilising force at home and abroad, we urge caution in continuing to rely on short-term efforts that are no substitute for sound long-term policies that enable American energy leadership.”

“The President’s actions again miss the point and leave out the obvious plan of action that would increase the energy security of the United States and our allies, increasing domestic production of oil and gas.”

“The Administration continues to look to ‘quick fixes’ that don’t work and jeopardise our energy security while continuing to vilify the industry that stands ready to meet demand if permitted,” Beyer added.

“Additionally, it is irresponsible to put our nation’s energy security and national security in peril by depleting our emergency petroleum stockpile to historic lows especially in a time of geopolitical unrest and uncertainty. The purpose of the SPR is to have oil reserves in the event of a major national emergency, not to manipulate the global markets and attempt to bring down prices for political purposes,” Beyer noted.

Upstream deals in the US exceeded $16 billion in value during the third quarter of 2022, which was the best quarter for merger and acquisition (M&A) activity so far this year, according to Enverus Intelligence Research (EIR). The best showing for 2022 was achieved despite volatility in oil and gas prices, E&P stocks still missing market recognition, and a surprising dearth of deals in the usually prolific Permian basin, Enverus noted.

However, Permian deals could return as seen in the early days of Q4 when Diamondback Energy announced a $1.6 billion purchase of Firebird Energy.

“That could very well set off a chain reaction of Permian deals waiting in the wings,” according to Enverus.