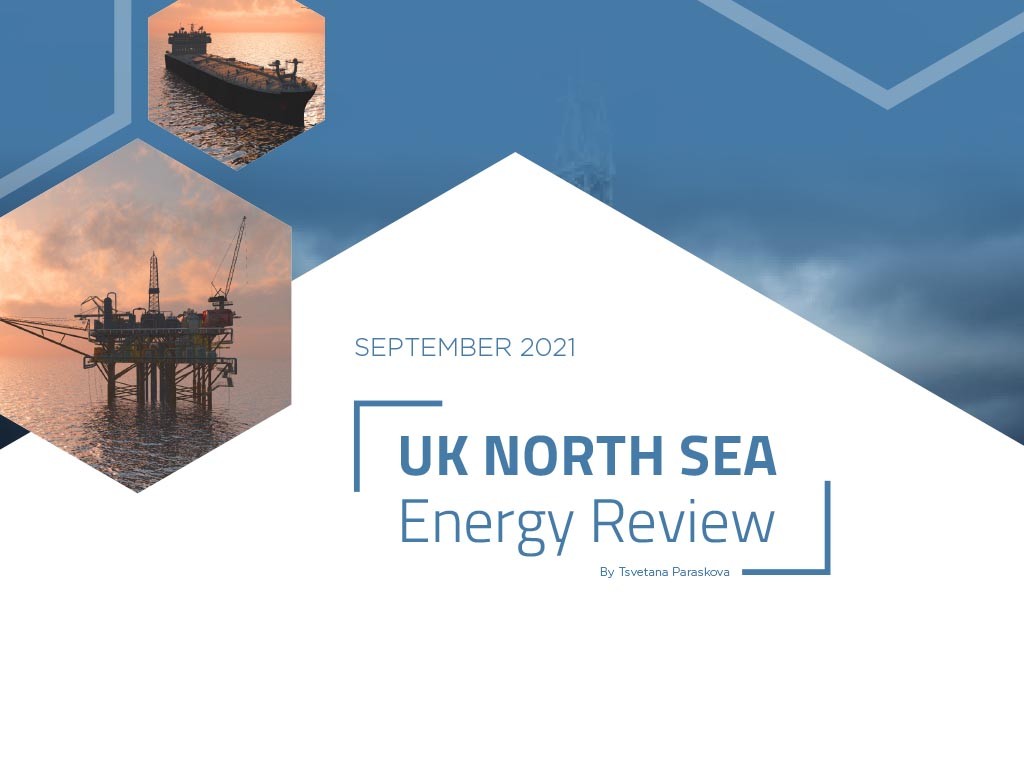 Updates on field developments, licences, farm-outs, and drilling contracts, as well as the state of the UK offshore industry and its workforce featured in the North Sea oil and gas sector this past month.

“Through our landmark North Sea Transition Deal, we are backing the decarbonisation of the oil and gas industry, while supporting workers both here in Scotland and across the UK, as we work to build back greener and eliminate our contribution to climate change,” Energy and Climate Change Minister Anne-Marie Trevelyan said.

“The Deal will safeguard and create highly-skilled jobs in the Northeast, boosting the economy while helping us realise our net zero ambitions,” Duguid noted.

OGUK published in August its Workforce & Employment Insight Report 2021, which showed that almost 34,000 fewer direct and indirect jobs were supported by the oil and gas industry in 2020 than before the pandemic.

“While it’s important not to shy away from this reality, it’s also worth noting that we are seeing some very tentative and small indications of recovery. These include the more promising figures announced by OGUK in June, showing that the number of personnel working offshore had returned to pre-March 2020 lockdown levels, as industry continues to focus efforts on keeping people well and safe, while recovering activity and investment levels,” OGUK chief executive Deirdre Michie said in the foreword to the report.

“UK oil and gas companies are global pioneers of low carbon technologies, and through the work of the North Sea Transition Deal and the implementation of the new Energy Services Agreement, we are creating a landscape where people will be able to work right across the UK’s diverse energy mix – from oil and gas to hydrogen, CCUS, wind and tidal,” Michie said.

OGUK now estimates that the activity from the industry supported 117,400 direct and indirect jobs in 2020, representing a decline of 34,700 compared with 2019. Overall, including induced employment – jobs supported by the expenditure of income from the oil and gas sector such as accommodation and services – of 61,100, the industry is estimated to have supported 178,500 jobs in 2020.

OGUK also published a first-of-its-kind report, The Impact of Digitalisation on Data Professionals, produced by Robert Gordon University, which highlights the growing range of skills required to work successfully in data in the oil and gas industry, and the challenge of finding all these skills in one individual.

The study found that the roles of data professionals are complex and unclear. Many professionals perform a mix of many different roles in their daily lives, requiring an ever-increasing range of skills, and increasingly challenging expectations of delivery. In addition, the report highlighted the fact that increasing data fluency and data dependency within organisations is challenging established organisation and leadership models.

“To date, our industry has depended on data professionals to be jacks of all trades – as the complexity of our digital environment continues to grow, this model appears increasingly difficult to sustain,” the authors of the repot wrote.

A key recommendation in the report is a general move away from treating digitalisation as a homogenous activity that can be passively layered over existing staff and staff structures.

Xodus said it was assessing the infrastructure and modifications required to enable electrification of Harbour Energy’s Central North Sea assets. The assessment follows the successful delivery of a power optimisation study examining the opportunities available to rationalise the generation systems on the Everest and Lomond assets.

“This study has the potential to provide essential input to the wider oil and gas community within the North Sea to enable a significant reduction of carbon emissions from offshore operations,” James McAreavey, Concept Development Manager at Xodus, said in a statement.

United Oil & Gas signed at the end of July a non-binding agreement to sell two licences in the UK Central North Sea to Quattro Energy Limited for a headline consideration of up to £3.2 million. The divestment of these licences will see United Oil & Gas exit activities in the North Sea region. The company said it would use the proceeds from the transaction to grow its low-cost production business in Egypt and the Greater Mediterranean area, complemented with selected high-impact exploration opportunities in the Caribbean and Latin America.

Gas company IOG plc announced on 3 August the spudding of the Blythe development well. Following Elgood, Blythe is the second development well in IOG’s Phase 1 project and is expected to take under three months to drill and complete, after which the rig will move on to Southwark.

“We have a very clear collective focus on ensuring safe and efficient performance leading successfully to First Gas in Q4 2021 from the Blythe Hub before continuing into 2022 at Southwark,” IOG’s chief executive Andrew Hockey said.

IOG has committed to Scope 1 and Scope 2 Net-Zero status as of 2021, the company said on 4 August, after completing an emissions assessment in collaboration with Genesis. IOG expects to have one of the lowest emissions profiles in the industry throughout this decade. Over their economic life, the projected cumulative average intensity of the Phase 1 Blythe and Southwark platforms is just 0.4 kg CO2e/boe.

“We know how important it is to all our stakeholders that IOG’s contribution to UK gas supply is consistent with a successful UK energy transition and the Paris Accord objectives. That is why we have committed to Scope 1 and 2 Net-Zero, not as a future pledge but starting right now in 2021,” CEO Hockey said.

Summit Exploration and Production Limited announced the farmout of UK Central North Sea Licence P.2382 (Block 22/14c) to Dana Petroleum E&P. OGA has already approved the deal, where Dana will acquire a 50% working interest in the license and Summit will retain 50% along with operatorship. The new joint venture will now be working towards making a decision to drill the K2 prospect as soon as practicable, Summit said.

i3 Energy plc said on 16 August that discussions continue with potential farm-in partners for the Serenity field appraisal drilling programme.

Deltic Energy Plc has entered into a binding, conditional farm-out agreement for five of its gas licences in the Southern North Sea with Cairn Energy. The buyer Cairn Energy will acquire a 60% interest in each of Licences P2428 (Cupertino Area) and P2567 (Cadence) and a 70% interest in each of Licences P2560, P2561, and P2562 which are located between the Breagh and Tolmount Gas Fields. Following completion, Cairn will become operator of all five licences.

Tekmar Group, a provider of technology and services for the global offshore energy markets, and DeepWater Buoyancy, a producer of subsea buoyancy products for offshore oil & gas, energy, oceanographic, and technology companies, formed a partnership to enhance their offshore energy project capability. The partnership is focused on the new and emerging floating offshore wind market.

Baron Oil Plc raised its interest in UK Offshore Licence P2478 in the prospective Dunrobin area from 15% to 32%, conditional on approval from the OGA. Baron Oil evaluates Dunrobin as one of the few remaining targets yet to be drilled in the UK North Sea.

“This Agreement, in keeping with our corporate strategy, more than doubles Baron’s interest in the prospective Dunrobin area at a modest cost, whilst at the same time accelerating the subsurface evaluation towards a decision regarding the potential drilling of an exploration well evaluated to have a sizeable resource target. The 3D seismic reprocessing is aimed at reducing the range of volumetric uncertainty and subsurface risk, as well as providing drilling location candidates, during 2022,” said Jon Ford, Technical Director of Baron.

Scotland-based Legasea was awarded a contract for Subsea Services and Associated Goods in support of Harbour Energy’s operations in the UKCS. The contract, which will run for an initial five years, covers a range of electrical, mechanical, and hydraulic engineering services, as well as consultation in relation to decommissioning and the circular economy.

Harbour Energy also awarded a contract to Maersk Drilling for the jack-up rig Mærsk Innovator to drill three subsea development wells in Block 28/9 on the UK Continental Shelf. The contract is expected to commence in December 2021. Mærsk Innovator is currently warm-stacked in Grenaa, Denmark, after ending its previous contract in the UK in May 2020.

“We’re excited to secure this contract with Harbour Energy which will see Maersk Innovator go back to work in the UK,” said COO Morten Kelstrup of Maersk Drilling.